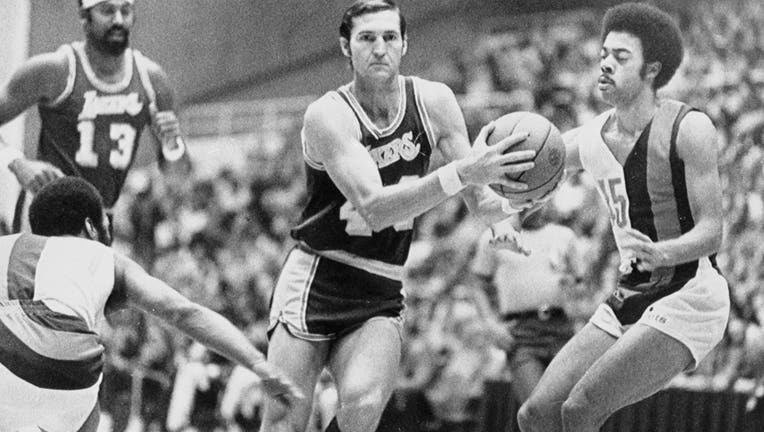 (Original Caption) December 22, 1971 - Baltimore: Jerry West drives up the middle and scores in 1st period of Laker 127-120 win over Bullets. West scored 37 points in game that was 27th consecutive win for the Lakers. The Laker victory set an all tim ( Getty Images )

Trump tweeted on June 1 that West would receive the nation's highest civilian honor "for his outstanding career, both on and off the court."

The Presidential Medal of Freedom will add to the series of honors the 81-year old West has received, which also include a statue outside Staples Center, a bronze plaque in the Los Angeles Memorial Coliseum's Memorial Court of Honor, selection in 1996 as one of the 50 Greatest Players in NBA History in conjunction with the league's 50th anniversary and election to the Basketball Hall of Fame.

Born May 28, 1938, in Chelyan, West Virginia, West's shooting and defensive skills made him a dominant player on the high school, college and professional levels.

West became the first player in West Virginia history to score 900 points in a season as a senior at East Bank High School in East Bank, West Virginia, in the 1955-56 season, averaging 32.2 points per game and leading the Pioneers to the state championship.

West was a two-time first-team All-American at his final two seasons at West Virginia University. He was selected as the Most Outstanding Player of the 1959 NCAA men's basketball tournament, when he led the tournament in scoring with 160 points, including a game-high 28 in the Mountaineers 71-70 loss to California in the championship game.

West was selected by the Minneapolis Lakers with the second choice in the 1960 NBA draft, shortly before their move to Los Angeles. The sharpshooting 6-foot-3 guard nicknamed "Mr. Clutch" for his ability to make late game-winning shots, played his entire 14-season NBA career for the Lakers, helping lead them to the NBA Finals nine times and the championship in the 1971- 72 season.

"I played basketball because of my love of the game and enormous competitive desire to win,'' West said at 2011 ceremony when his statue outside Staples Center was unveiled. "I played for the fans of Los Angeles, particularly for my teammates. I was driven by a fierce desire and determination."

"Every time I put on a Laker uniform, it filled me with immense pride and accomplishment. I was blessed to play in this great city for these
great fans."

When West retired in 1974, he was the third-leading career scorer in NBA history, behind Wilt Chamberlain and Oscar Robertson, with 25,192 points in 932 games.

West rejoined the Lakers organization in 1976, spending three seasons as their coach and the next three as a scout. 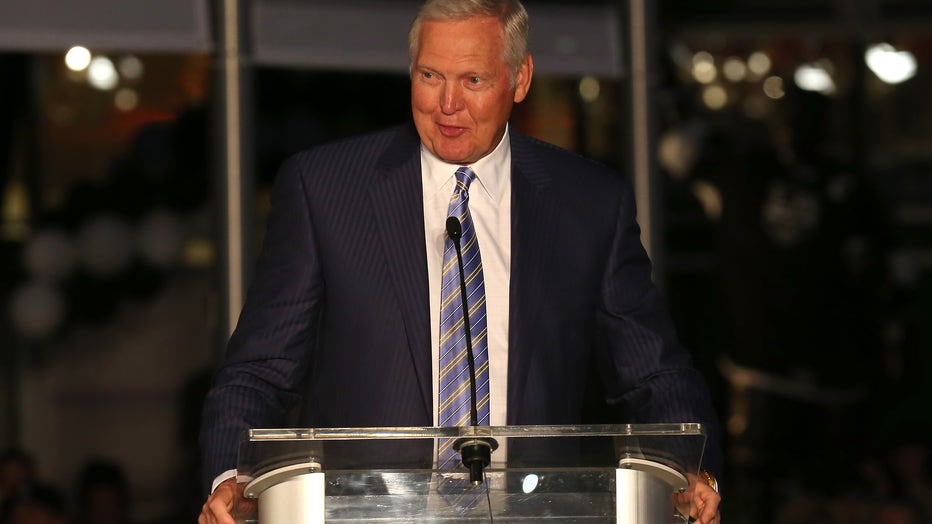 West left the Lakers in 2002 to become president of basketball operations with the Memphis Grizzlies. He was selected as NBA Executive of the
Year in 2004 and retired in 2007.

West was an executive board member with the Golden State Warriors for six seasons through 2017, then joined the Los Angeles Clippers as a consultant that year.