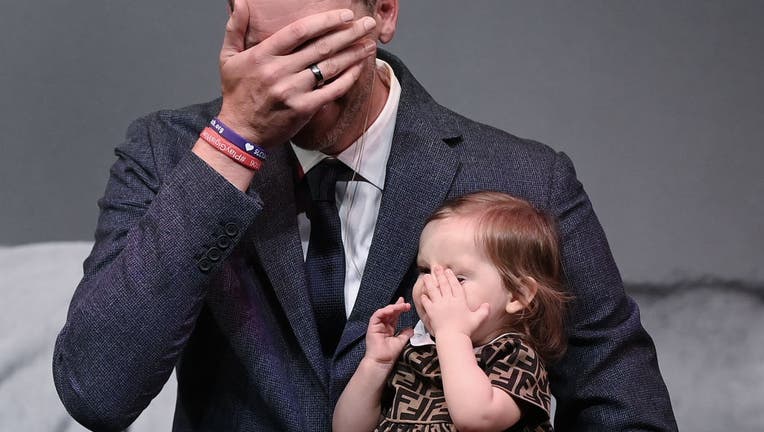 BARCELONA, SPAIN - OCTOBER 05: Pau Gasol shares a joke with his daughter Elisabet Gianna Gasol as he faces the media during a press conference to announce his retirement from basketball at El Liceu de Barcelona theater on October 05, 2021 in Barcelon

WILL THE LAKERS RETIRE NO. 16?

What can we expect from the Lakers in terms of the team's plan to honor the beloved former big man?

Lakers CEO Jeanie Buss took to Twitter to hint the team may hang up No. 16 for good.

Buss responded to ESPN Los Angeles' social media graphic – which showed a mockup of Gasol's jersey number being retired – by revealing the Lakers will likely make that photoshopped tribute a reality.

"It was never a matter of IF we will retire #16 but WHEN," Buss tweeted, in part.

As of Tuesday night, neither Buss nor the Lakers announced when a Pau Gasol jersey retirement ceremony will take place.