Elex and Christine reflect on Kobe Bryant’s legacy and impact

FOX 11 anchors Elex Michaelson and Christine Devine reflect on what Kobe Bryant meant to them.

FOX 11 Anchor and "Wednesday's Child" host Christine Devine reflects on Kobe Bryant's legacy and the impact he made off-the-court.

Our 15-year connection came through work. On and off the court. We first met during the 2003-2004 NBA season, or was it 2005? I’m a news anchor on assignment with a boy in foster care. Our dream day was to take the boy, who loved basketball, to a Lakers practice in El Segundo.  John Black, of Lakers PR, would bring over a selected player after practice for a meet-and-greet.

On this day, that player was Kobe Bryant.

While I have an appreciation for sports and love the sports season fever, I’ve never been a sports insider. I knew few specifics of game and barely knew player stats, but of course, everybody knew Kobe Bryant for what he did on and off the court. 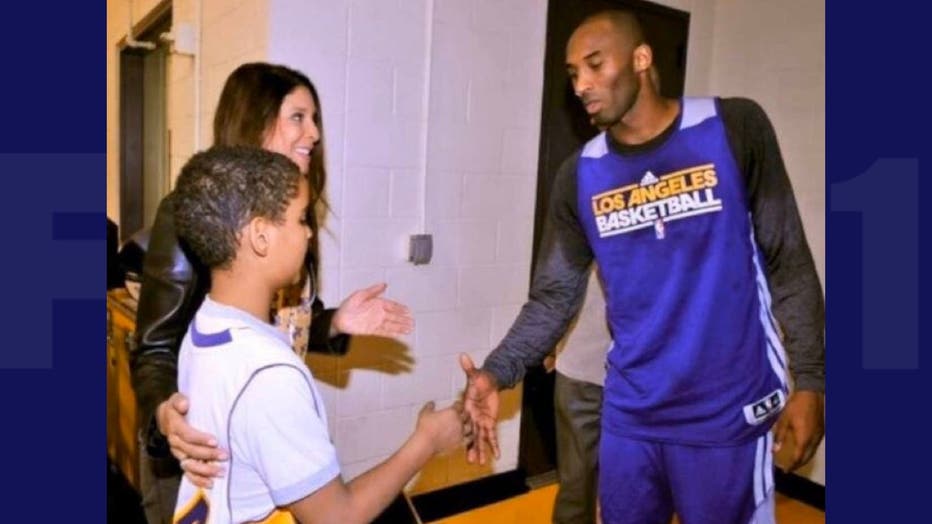 The Kobe I will always remember is the young man who understands the power of his hello. He not only gave our youth in foster care a moment of his time but also gave them a pair of tennis shoes to take home. Kobe was good for an autograph and photos and we were sure not to abuse our ask nor his time. After one practice, he came over with tissue stuffed up one nostril perhaps trying to stop a bloody or running nose. There we are in our picture with Kobe and that tissue.

It would be the first of a handful of Laker practice encounters. Other times, it would be other players like Metta World Peace or other players who’ve since moved on to other teams. Still, our youth could watch Kobe in action on the court in our VIP seats at practice. That relationship, although limited, cemented a professional kinship of understanding. He knew I wanted nothing more than a moment for a child in foster care.

As a frequent emcee of community events, I would get to meet a "Who’s Who" of Angelenos. When the Kobe and Vanessa Bryant Foundation took on homelessness, I had the chance to see Kobe again, this time, off the court.

It was the United Way’s HomeWalk and Kobe addressed a huge crowd of walkers. I’ll never forget the moment our FOX 11 camera arrived. Always hesitant to bother people, I ran to Kobe as he was getting in his SUV to leave.

To my joy, he jumped out of the SUV to give me a quick interview, or soundbite as we call it. It was a big deal and I was grateful to have his voice in sharing their message.

My third chapter with Kobe was in his year of retirement. We did one more Wednesday’s Child segment with a teen in foster care. I seized the opportunity to grab one last interview.

I asked him what’s next? Kobe talked of working in media. Who knew then that he would go on to win an Oscar? At the time I snuck in an awkward hug. Looking at the photo, I feel the comfort and camaraderie of two professionals who’d spent decades at our respective companies, who had a mutual understanding of the purpose of our coming together. 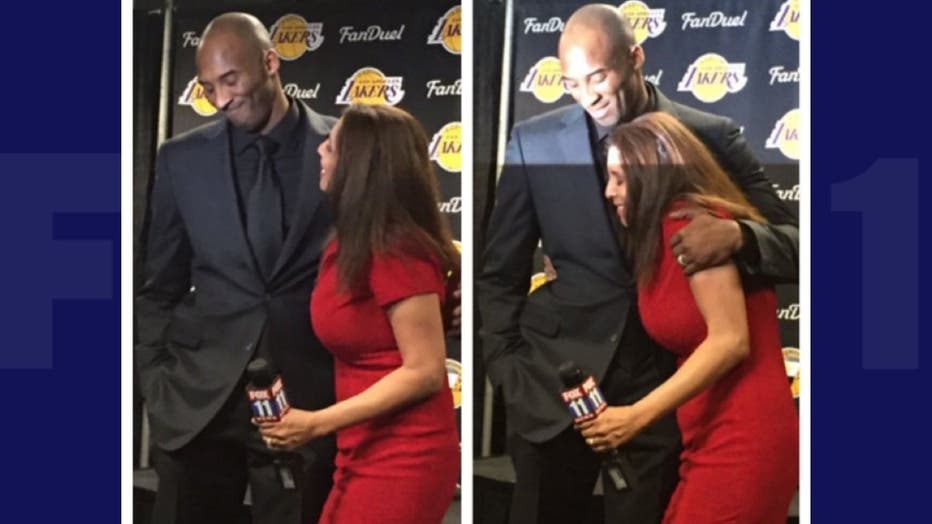 He knew me, and I knew him. We may not have been friends nor family but we had a kinship. 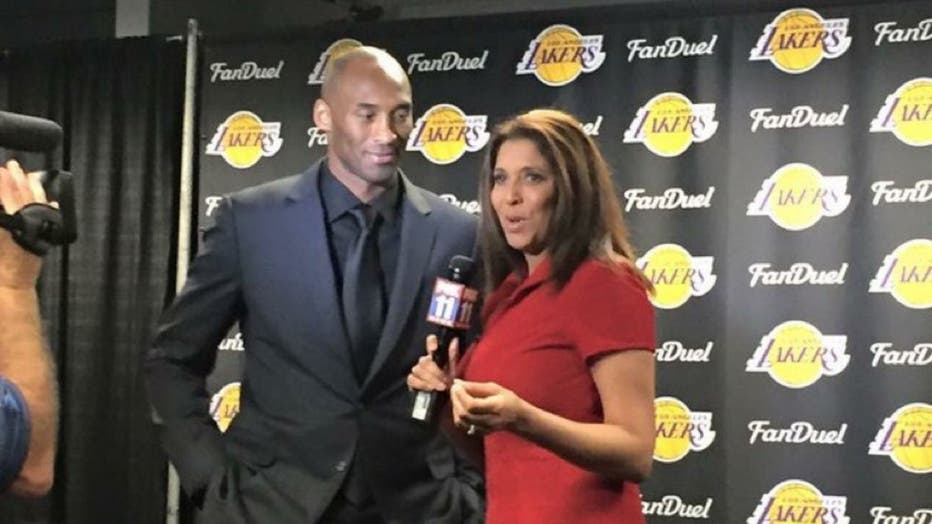 As we mark the one-year anniversary of the death of Kobe, his daughter Gianna, and the friends on that helicopter that crashed I leave with wondering what more he could have and would have done with his life.

My last meeting with Kobe was in 2017. In an unexpected invitation, I was invited to emcee a function for a Jewish men’s group, the Solomon Society of the Newport Beach’s Temple Bat Yahm. Kobe was the featured guest for the VIP event at a private home. A retired-from-basketball Kobe Bryant showed up in a suit, sporting a beard. This group was made up of philanthropists and they wanted to hear from Kobe, the entrepreneur and basketball legend.

Kobe could not have been more gracious, fun, funny and present. That is what I loved about him. He was always present. Like with our Wednesday’s Child stories he knew the power of his hello and gift he brought to many just with his presence. 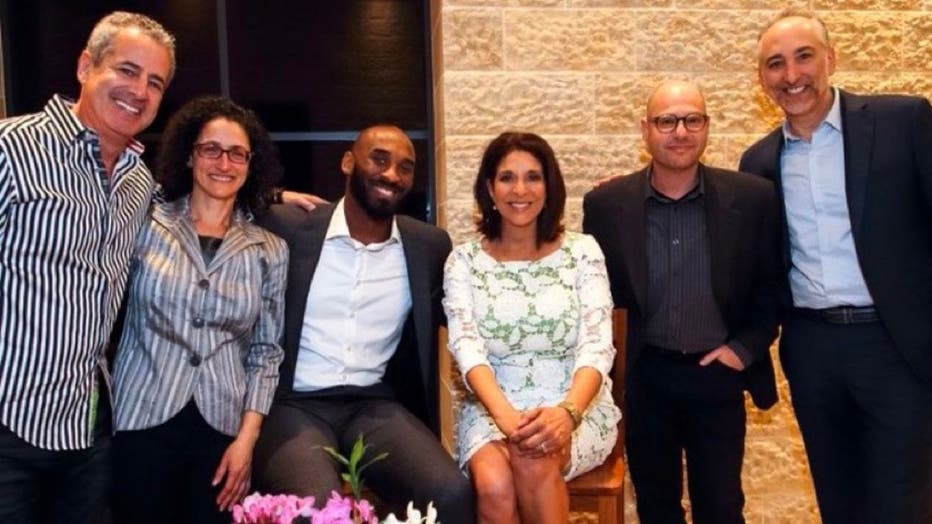 It mattered not that he was one the greatest to ever play the game of basketball. It mattered that he gave of his heart and soul to humanity. If you can uplift a child from foster care, then you are a champion in my book.

For that, I celebrate not only the Mamba Mentality to touch the masses, but the Kobe Bryant who touched just one child at a time. 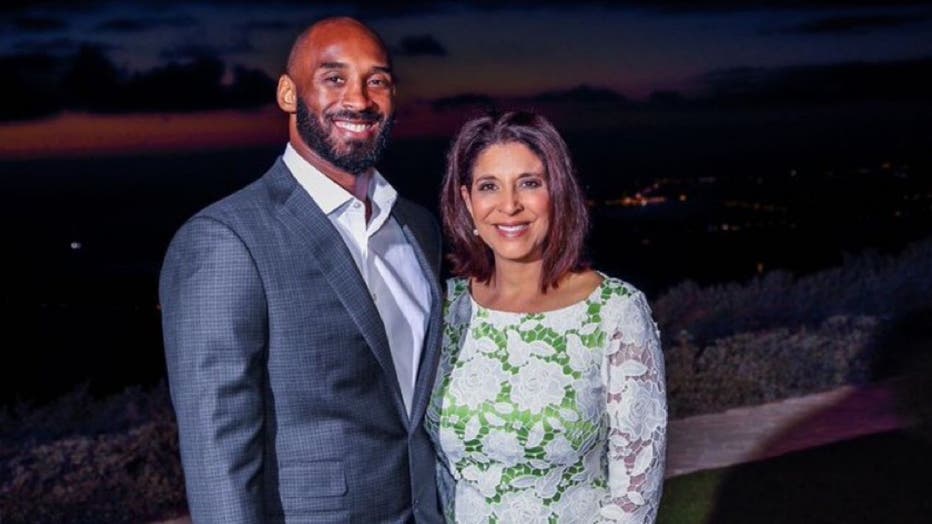