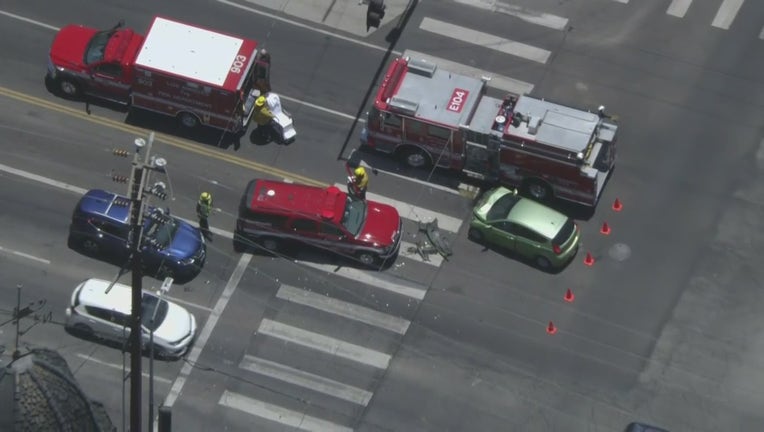 LOS ANGELES - A Los Angeles Fire Department EMS Captain was injured Monday after getting into a crash with two other vehicles, according to officials.

LAFD said the captain was responding to an emergency when they were involved in a three-vehicle collision near the intersection of Roscoe Boulevard and Tampa Avenue, on the border of Reseda and Northridge, though didn't specify exactly when the crash happened. None of the civilians were hurt in the crash, according to officials.

The EMS captain was taken to the hospital for evaluation. Their injuries were described as "non-life-threatening."