LOS ANGELES - Ryan Fischer, Lady Gaga’s dog walker who was shot during a violent dognapping in Hollywood last week, spoke out on Monday for the first time since the horrific incident. His recollection of the events also revealed the acts of a mystery good Samaritan.

Sharing pictures from his hospital bed, he said he feels gratitude for the outpouring of love and support he’s received.

In an Instagram caption, he also recalled what happened that night:

"4 days ago, while a car sped away and blood poured from my gun shot wound, an angel trotted over and laid next to me. My panicked screams calmed as I looked at her, even though it registered that the blood pooling around her tiny body was my own. I cradled Asia as best I could, thanked her for all the incredible adventures we’d been on together, apologized that I couldn’t defend her brothers, and then resolved that I would still try to save them… and myself," Fischer said.

Fisher continues to recover at a Los Angeles area hospital. 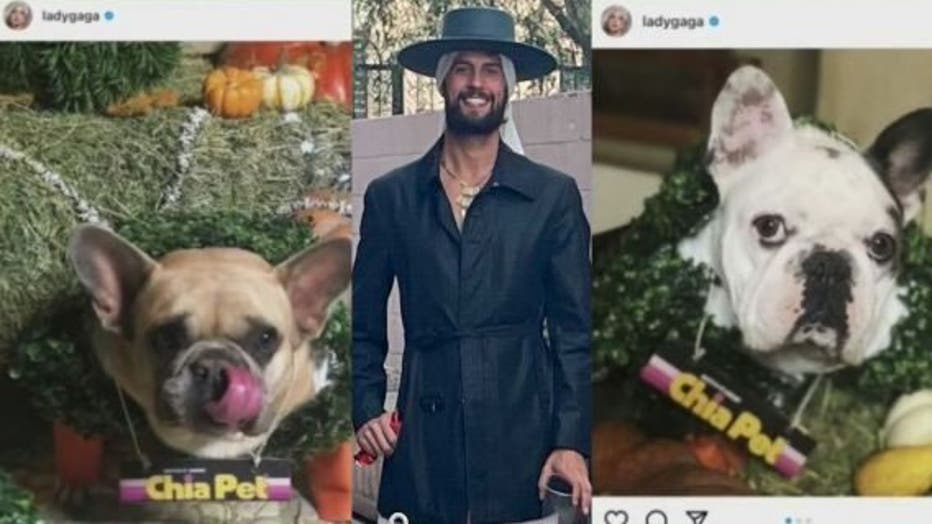 On the night of Feb. 24, Fischer was walking Lady Gaga’s three French bulldogs on North Sierra Bonita Avenue near Sunset Blvd. Shortly before 10 p.m., the Los Angeles Police Department said two suspects got out of a white Nissan Altima with tinted windows, opened fire by Fischer and stole Koji and Gustav. Her third bulldog, Miss Asia, was able to escape and was later recovered by law enforcement.

Ryan Fischer, Lady Gaga’s dog walker who was shot&nbsp;during a violent dognapping in Hollywood last week, spoke out on Monday for the first time since the horrific incident. His recollection of the events also revealed the acts of a mystery good Samaritan.&nbsp;

• Lady Gaga to injured dog walker: 'You're forever a hero'

• 'My heart is sick': Lady Gaga pleads for the safe return of her French bulldogs; offers $500K reward

Fischer was rushed to a local hospital in serious condition. He has since made tremendous strides in his recovery.

Lady Gaga, who is currently in Italy filming a movie, offered a $500,000 reward for the return of the dogs. The dogs were returned safely over the weekend.