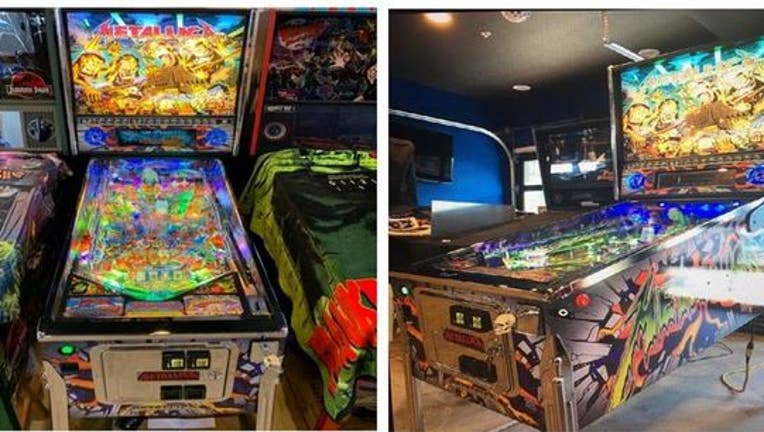 Authorities are searching for a custom Metallica pinball machine that was stolen during a burglary in La Verne sometime between August and November of last year.

After the burglary, the pinball machine was listed on OfferUp.

The man who listed the pinball machine on Nov. 18 was arrested, but the stolen item was not found during a search of his residence, according to police, who did not identify him or say whether he was believed to have also committed the burglary.