Protest outside of LA Supervisor’s home after FOX 11 report

Protesters gathered outside the home of LA County Supervisor Sheila Kuehl on Tuesday after a FOX 11 report revealed hours after she voted to ban outdoor dining she dined outdoors herself. Kuehl declined our repeated requests for comment.

SANTA MONICA, Calif. - Protesters gathered outside the home of LA County Supervisor Sheila Kuehl on Tuesday after a FOX 11 report revealed hours after she voted to ban outdoor dining she dined outdoors herself. 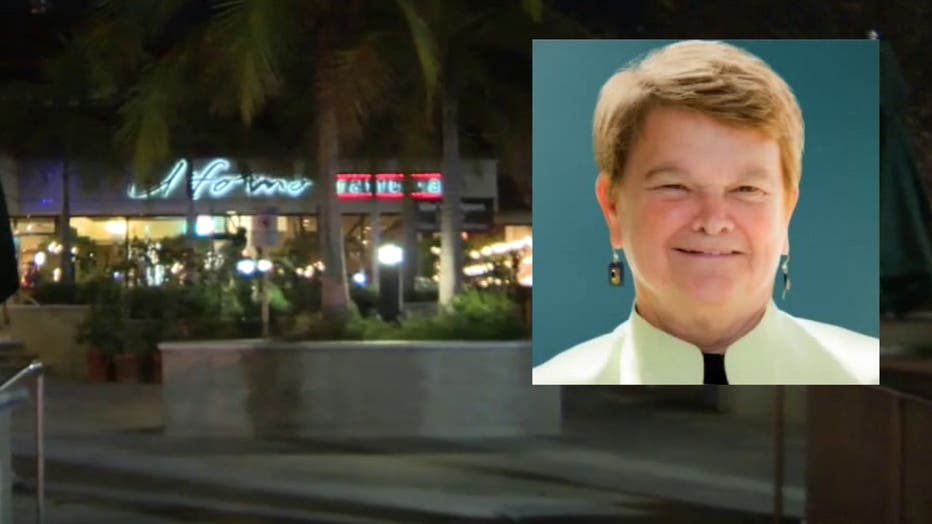 Questions being raised about an LA County Supervisor whose actions don't seem to match her words.

FOX 11 received multiple tips that shortly after her vote on Tuesday, Kuehl was seen dining outside at Il Forno Trattoria in Santa Monica, an Italian restaurant near her house that she has previously described as one of her 'favorite' restaurants.

When FOX 11 investigative reporter Bill Melugin stopped by the restaurant to ask about Kuehl’s visit, managers told him they “didn’t want to get involved”, and they have no comment.

A spokesperson for Kuehl provided FOX 11 the following brief statement:

“She did dine al fresco at Il Forno on the very last day it was permissible. She loves Il Forno, has been saddened to see it, like so many restaurants, suffer from a decline in revenue. She ate there, taking appropriate precautions, and sadly will not dine there again until our Public Health Orders permit.”

During Tuesday’s L.A. County Board of Supervisors meeting, Kuehl referred to outside dining as “a most dangerous situation” over what she described as a risk of tables of unmasked patrons potentially exposing their servers to the coronavirus.

“This is a serious health emergency and we must take it seriously,” Kuehl said.

Kuehl went on to vote in support of restricting outdoor dining in Los Angeles County, which passed by a 3-2 margin of the Board of Supervisors.

Kuehl’s visit to the restaurant came before the outdoor dining ban took effect Wednesday evening, but her decision is likely to draw criticism from those who have grown frustrated with elected officials taking a hypocritical approach to what they have preached, as Kuehl dined at the restaurant a mere hours after she said doing such a thing was unsafe and could contribute to the surge in COVID-19 cases.

"We have to remrnber that we who are in public office are held to a very high standard as we should be and one of the things I’m realizing with some of these new restrictions is if we can’t garner the trust of the public to be with us in this fight against the virus, then we’ve lost a big battle and I’m feeling that now nine months into this is we’re beginning to lose the trust of the public," Hahn said.

Michael Voltaggio is a local restaurant owner who is stunned by Kuehl’s decision.

“That sends a message that we’re getting direction from people that aren’t really believing in messages they’re making," he said.

Voltaggio tells FOX 11, "For me it’s just proof of the continuous hypocrisy and just the lack of leadership and education as to what’s happening right now in this sort of shoot from the hip mentality that’s not doing anybody any good.”

Citrin said, "I’m like wait a minute, restaurants are so dangerous, but you’re gonna go eat in a restaurant? I mean it just blows me away."