LOS ANGELES - As eligibility for COVID-19 vaccinations expands on April 15 to everyone age 16 and over, Los Angeles County has rescheduled the vast majority of appointments for the paused Johnson & Johnson shot, or replaced it with a Pfizer or Moderna dose.

Following a sudden halt to the use of Johnson & Johnson's COVID-19 vaccine, Los Angeles County has rescheduled the vast majority of appointments for that medication or replaced the vaccination with a Pfizer or Moderna dose.

Federal health officials recommended a pause in the use of the J&J vaccine Tuesday, following reports of six women across the country developing potentially dangerous blood clots within two weeks of being vaccinated. One of the women died.

"These reactions to the Johnson & Johnson vaccine are, as has been noted, extremely rare,'' county Public Health Director Barbara Ferrer said Wednesday.

"Almost 7 million people have received the Johnson & Johnson vaccine in the United States to date, making these unusual clots literally one-in-a-million events, a risk that's about half the risk of getting struck by lightning.''

She said about 230,000 Johnson & Johnson doses have been administered at "county-controlled'' vaccination sites to date, and none of the severe blood clot cases have occurred locally. There were roughly 19,600 appointments in the county for the J&J vaccine this week, and as of Wednesday, 13,670 of them have been switched to either the Pfizer or Moderna vaccination, Ferrer said.

Ferrer said the pause in the use of the vaccine despite the low rate of serious after effects "is a sign that the vaccine-safety system is working in the United States, and also that protecting the safety of Americans remains our number one concern.''

"It's really not clear that the extremely rare clotting cases are linked to the vaccine, and many people are going to have completely harmless headaches and flu-like symptoms the first few days after getting vaccinated,'' she said. "However, if you did receive the Johnson & Johnson vaccine within the last month and you develop severe headache, blurry vision, fainting, seizures, abdominal pain, leg pain or shortness of breath, you should contact your doctor or seek medical treatment.''

She added: "Getting vaccinated remains a critical step on our path to safely reopening and ending this pandemic, and we remain committed to doing everything we can to continue vaccinating L.A. residents as fast as we get doses.''

As of Wednesday, a total of nearly 5.4 million vaccine doses have been administered in the county, including more than 1.9 million people who have received second doses and are fully vaccinated. Eligibility for the shots will expand countywide on Thursday to everyone aged 16 and over. Vaccination sites operated by the city of Los Angeles began offering shots to that group on Tuesday.

The county, which saw a dramatic decline in new COVID cases, hospitalizations and deaths over the past two months, has seen the numbers level off. State-adjusted figures released Tuesday showed the county's seven-day average daily rate of new COVID-19 cases was 3.2 per 100,000 residents, a slight increase from 3.1 over the past two weeks.

Ferrer said the small upward tick was not an immediate cause for concern, calling it "really a blip at this moment'' and insisting the numbers have been holding steady overall.

RELATED: City of Los Angeles to offer COVID-19 vaccines to those 16 and up starting Tuesday

She also said she was not immediately concerned about up-and-down hospitalization numbers over the past week.

"I think this is, again, without the case numbers continuing to drop so significantly, you're not going to then see two to three weeks later significant drops in hospitalizations either,'' she said. 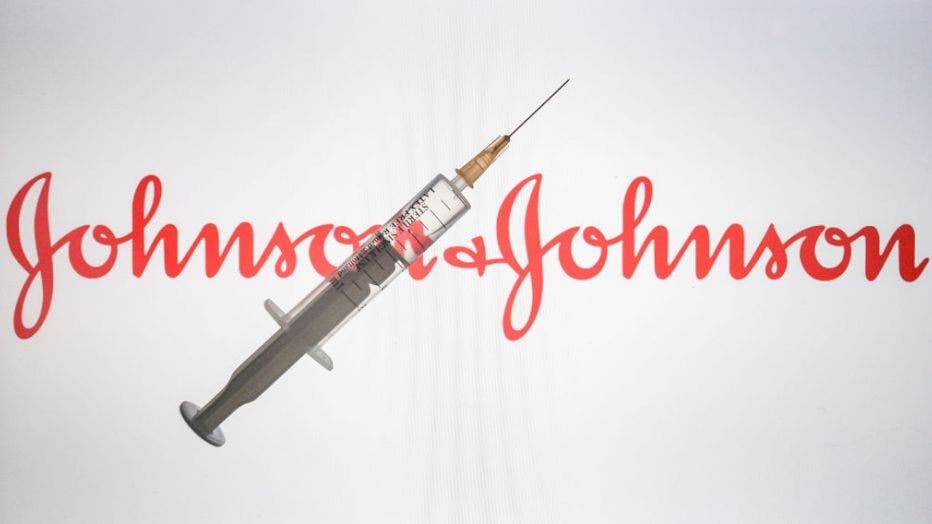 According to state figures, the number of people hospitalized in Los Angeles County rose back above the 500 mark Wednesday, reaching 518, up from 493 on Tuesday and 471 on Monday. There were 123 people in intensive care as of Wednesday, down slightly from 126 on Tuesday.

The county reported an additional 57 COVID-19 deaths on Wednesday, and Long Beached added one, bringing the cumulative county death toll during
the pandemic to 23,554.

Another 411 cases were also reported by the county, while Long Beach health officials added 38 more, pushing the overall pandemic total in the county to 1,227,002.