Suspect in custody after LASD pursuit through South Gate

LASD took one person into custody after being led on a pursuit through South Gate Wednesday night. Deputies detained the suspect after they tried to run.

LOS ANGELES - A chase suspect is in custody after leading deputies on a chase across parts of Los Angeles County.

SkyFOX was over the South Gate area as the Los Angeles County Sheriff's Department was in pursuit of a suspected stolen red pickup truck.

Deputies are in pursuit of a possible stolen red pickup truck in LA County. 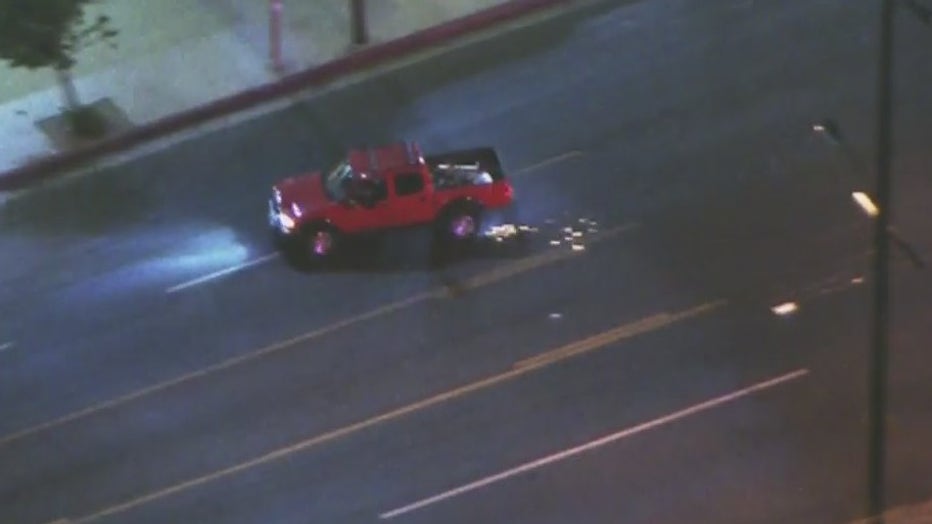 A deputy chase is underway in the South Gate area.

The suspect eventually stopped the red pickup truck and got out of the vehicle. When deputies walked up to try and arrest him, the suspect started running and then a short foot chase ensued.

Deputies were eventually able to chase down the suspect on East 69th Street near Naomi Avenue. LASD took the suspect into custody.

Officials did not say where the red pickup truck may have been stolen from.