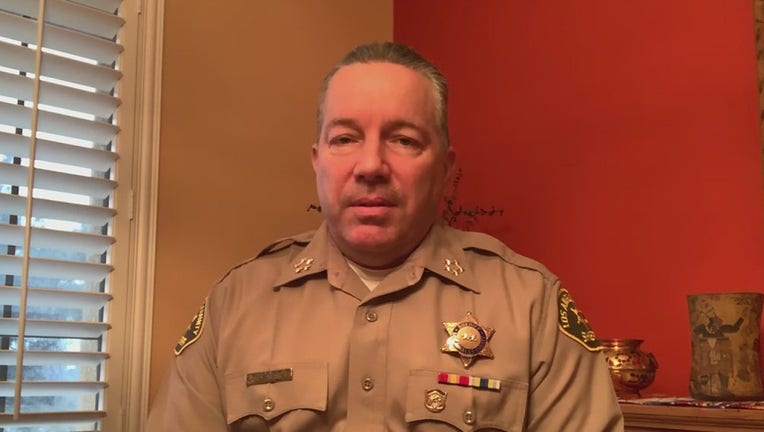 LOS ANGELES - The Los Angeles County Board of Supervisors voted 3-2  on Tuesday to look at options for removing elected Sheriff Alex Villanueva as the county's top lawman, rather than waiting to see if voters will do so in 2022.

The Los Angeles County Board of Supervisors voted 3-2 on Tuesday to look at options for removing elected Sheriff Alex Villanueva as the county's top lawman, rather than waiting to see if voters will do so in 2022.

Supervisors Kathryn Barger and Janice Hahn dissented, saying the matter should be left in the hands of Los Angeles County voters.

RELATED: LA County Board of Supervisors to reconsider options to remove Sheriff Villanueva

Supervisors Mark Ridley-Thomas and Sheila Kuehl co-authored the motion recommending that the county direct its lawyers, inspector general, civilian oversight commissioners and acting CEO to look at possible avenues for removing the sheriff or cutting back his responsibilities.

Everyone on the board has raised concerns about Villanueva's lack of accountability, including his willingness to flout subpoenas issued by oversight agencies.

Yet the board split on this particular issue, with both sides claiming the moral high ground of supporting democratic principles.

Ridley-Thomas -- who tabled consideration of the motion two weeks ago when Barger and Hahn first indicated their opposition -- said the idea of an elected sheriff was outdated.

"Despite the exponential growth of the county and tremendous advances in modern-day policing, we are still beholden to this anachronistic model of law enforcement," Ridley-Thomas said, reading from an opinion piece he wrote in 2014 for the Huffington Post.

"We hold a popularity contest for arguably our most important law enforcement position. The result is that we have something worse than democracy -- we have the illusion of democracy."

"It's no secret that this board does not see eye-to-eye with this particular sheriff, and I have to point out that it's not for lack of trying... this sheriff has acted like he's not accountable to anyone but himself," Hahn said.

However, "(voters) can recall him or they can vote him out when his term's up. That's how democracy works ... I don't think it's our job to remove an elected official."

Supervisor Hilda Solis asked that consideration of a report back on the options be held until January so that Sen. Holly Mitchell, just elected to replace Ridley-Thomas, could lend her voice to the discussion.

The termed-out Ridley-Thomas, who was elected last week to replace Herb Wesson on the Los Angeles City Council, agreed to support Solis'amendment.

The changes under consideration include amending the state constitution to move to an appointed, rather than elected sheriff.

Sheriff Villanueva joined Good DayLA on Wednesday and said he isn't standing in the way of any reform, because "there is no reform."

Los Angeles County Sheriff Alex Villanueva joined Good Day LA the morning of Nov. 11 after the LA County Board of Supervisors voted 3-2 to explore options to remove him.

Many activists said the current sheriff is just the latest flawed leader of the department and expressed support for a permanent shift to an appointed post.

Mark-Anthony Clayton-Johnson of Justice LA recalled meeting with then-Sheriff Lee Baca -- who would later be convicted of obstruction of justice and lying to the FBI -- at LASD headquarters 10 years ago as a moment that helped spark a movement.

"We walked out of that meeting with a very clear and prophetic mandate, knowing that whatever mechanisms of accountability and transparency and shifts in power for Black and brown people that we were going to build had to be bigger than the denial of Sheriff Baca, bigger than the sadistic arrogance of (then-Undersheriff Paul) Tanaka, bigger than the rejection of subpoena power by (ex)-Sheriff (Jim) McDonnell, bigger than the expensive recalcitrance of Villanueva," Clayton-Johnson said.

"Four years is a long time to wait for a ballot box to check a rogue sheriff."

Others worried about the board's own expansive power.

"We definitely don't want to give the Board of Supervisors more power, but we feel like we don't have a choice because the sheriff is so out of control," said Pastor Stephe "Cue" Jn-Marie of The Church Without Walls.

"The sheriff is elected not mainly to exercise power but primarily to ensure public safety."

A constitutional amendment to appoint rather than elect the Los Angeles County sheriff would likely affect all 58 counties and bring them in line with city jurisdictions, which appoint police chiefs. Other possibilities include pulling some of Villanueva's responsibilities and appointing a county police chief, which Kuehl said she found most interesting. 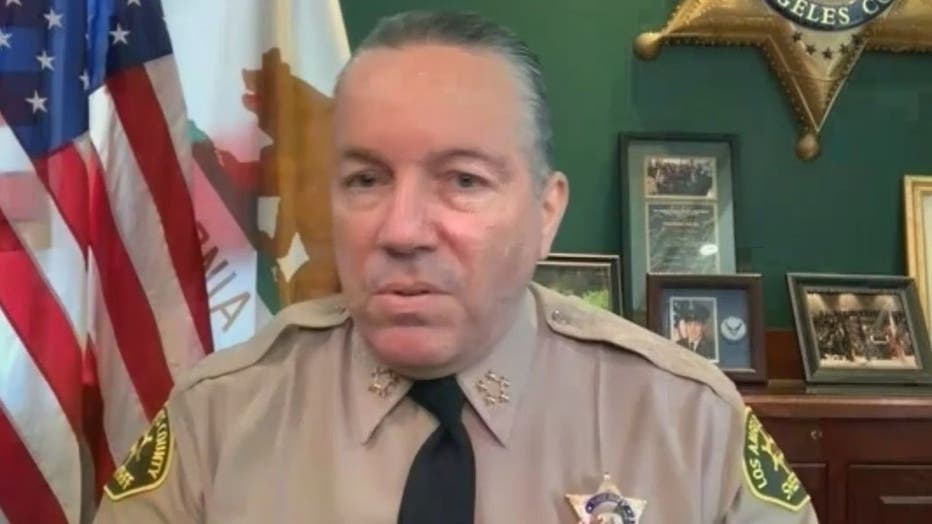 "I want to say, first of all, that there is an awful lot of bad information and false information out there, and we need to correct the record," Villanueva said.

"Because of my efforts since I took office, ICE is gone from jails and courthouses and patrol stations ... body-worn cameras are now here to stay ... the Banditos in East L.A., that clique has been broken up, people have been held accountable ... the anti-clique policy that every previous sheriff refused to enact, I did enact.   " ... I have hired 1,100 deputies in one year, which is a record ...our own sons and daughters from our own communities are now the ones serving these are people of color that we're hiring," Villanueva said before going onto list his department's efforts to limit the spread of the coronavirus and expand outreach to homeless people living on the streets.

He closed with a plea to work together. Barger said she planned to take the sheriff up on his offer to meet and would aim to move forward in a spirit of cooperation.

"We cannot make long-term policy decisions based on the short-term personalities that be," Barger said. "I do not support many of (his) actions and have significant concerns with (Villanueva's) ability to appropriately lead our sheriff's department, but I do support the office, and more importantly, I support our personnel."   The civilian oversight commission has called for the sheriff's resignation.

Villanueva has dismissed the commission as a political tool --though it was instituted in response to jail violence that predated his tenure -- and accused the group of punishing him for investigating potential county corruption.

As part of their argument for taking more drastic action, Ridley-Thomas and Kuehl highlighted what they characterized as Villanueva's"inability to balance the LASD budget," pointing to his unilateral moves to cut youth programs and eliminate the parks services bureau.

The board also voted Tuesday to request that the sheriff and the parks department sign a new agreement by the end of this month to provide security at county parks through June 30, 2021.

If a new agreement is not finalized by Nov. 30, the acting CEO will have the authority to reallocate roughly $18.5 million from the sheriff's budget to the parks department to pay for security services.

Though the union that represents rank-and-file deputies has also criticized the sheriff for failing to confer with them about closing various bureaus and moving staff to new posts, it appears for now to supportVillanueva.