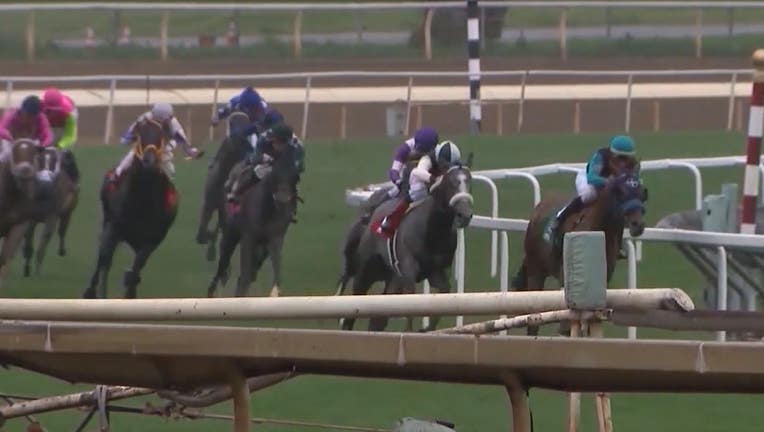 LOS ANGELES - The Los Angeles County District Attorney's Office made a series of recommendations aimed at improving safety at California
race tracks, but concluded there was no criminal wrongdoing connected to the deaths of dozens of horses over the past year at Santa Anita Park.

"After a thorough investigation and review of the evidence, the district attorney's task force did not find evidence of criminal animal cruelty
or unlawful conduct relating to the equine fatalities at Santa Anita Park,'' according to a 17-page report issued by a task force of prosecutors and law enforcement officers appointed by District Attorney Jackie Lacey.

Animal-rights activists have been pressuring Lacey to pursue criminal charges over the deaths of 37 horses at the Arcadia track since last Dec. 26. The report issued Thursday comes one week before the next racing meet begins at Santa Anita. 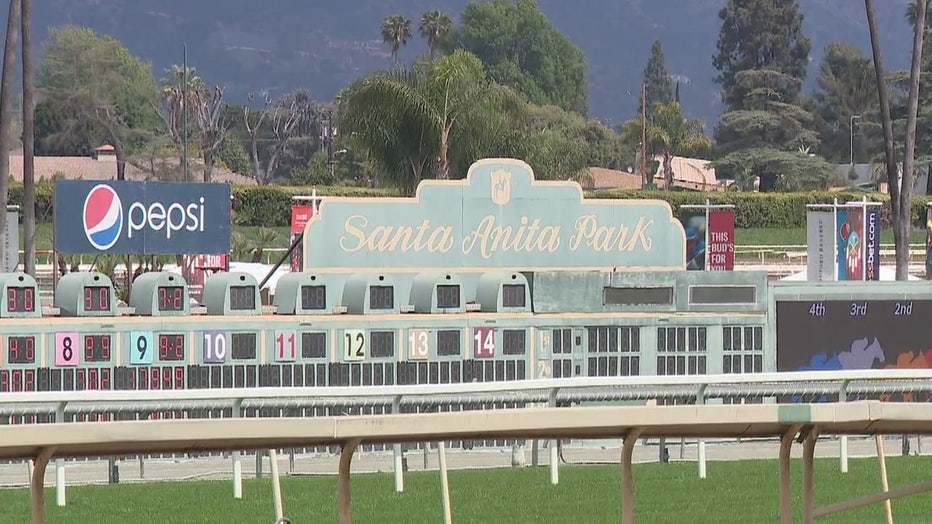 "Horse racing has inherent risks but is a legally sanctioned sport in California,'' District Attorney Jackie Lacey said in a statement.

"Greater precautions are needed to enhance safety and protect both horses and their riders.''

While the report stresses that the District Attorney's Office has not jurisdiction over the horse-racing industry, Lacey called on state regulators to develop safety enhancements to reduce horse deaths, including possible enhanced penalties for rules violations, establishment of a tip line for people to report violations or animal cruelty allegations and mandated inspections of racing and training facilities, and reviews of necropsy and veterinary records of horses that have died.

It also made recommendations aimed at identifying pre-existing conditions in horses that could lead to breakdowns, establishing track-
maintenance protocols -- including special measures during rain or extreme weather conditions, and creation of "safety codes of conduct'' for owners, trainers, jockeys, veterinarians and others who care for horses.

The report noted that officials at Santa Anita have implemented a series of safety-improvement measures that ``have reduced the number of fatal racing and training incidents.''

"During the 19 days from April 29, 2019, to May 17, 2019, more than 7,000 timed workouts and almost 800 race starts were recorded at Santa Anita Park without a fatality,'' according to the report. "After closing day on June 23, 2019, through July 11, 2019, horses continued to train on the track. Santa Anita Park recorded nearly 2,500 workouts and hundreds of additional `gallops' with zero fatalities. The industry as a whole should strive to do everything in its power to achieve these model numbers and continue to trend toward improved
safety standards.''

Last week, Santa Anita officials unveiled a recently installed Longmile Positron Emission Tomography Scan machine -- billed as the first of its kind -- that scans horses' fetlocks, or ankle joints, to identify possible pre-existing conditions that could prove dangerous to the animal. Park officials said the fetlock is the most common area for injuries to occur in horses.

Belinda Stronach, president of Santa Anita owner The Stronach Group, said at the unveiling that the firm "is committed to doing what we can to provide horsemen with access to resources that will help them to better assess the health and fitness of horses in their care. We continue to make progress with the installation of the MILE-PET scan machine at Santa Anita. This state-of-the-art technology reflects a new standard of care within thoroughbred racing, a standard that puts the health and safety of horses and riders first.''