Along with her trainer, Ryan Tate, Taylor ventures to koala habitats in regions that have been burned to search for koalas that need rescuing or relocating, which she locates by scent. She has helped rescue 15 koalas during Australia's most recent bushfires.

PORT MCQUARIE, Australia - A 4-year-old springer spaniel named Taylor has been performing a special kind of search and rescue effort as bushfires rage across much of Australia — she’s a detection dog who has helped locate and rescue 15 koalas from scorched regions of New South Wales this fire season. 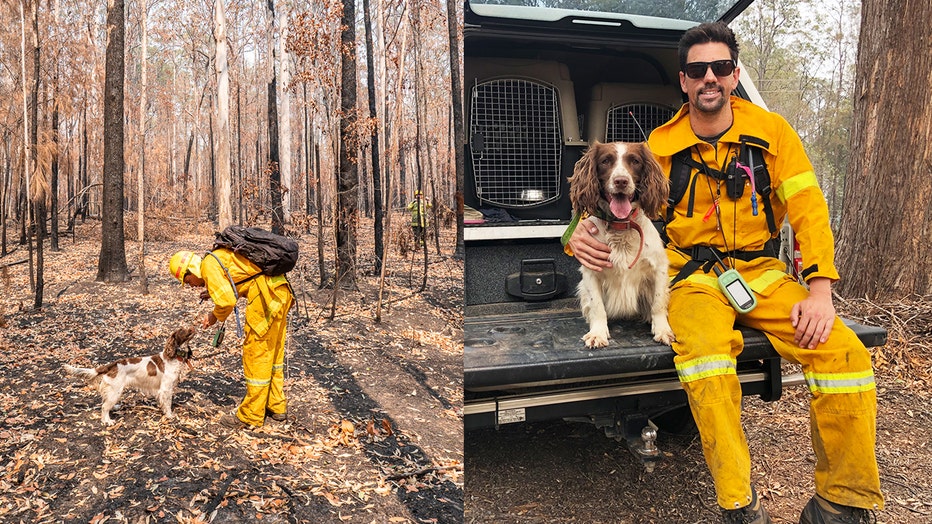 Taylor is an English Springer Spaniel trained to be a professional koala detector. Along with her trainer, Ryan Tate, Taylor has helped locate and rescue 15 koalas during Australia’s recent outburst of devastating bushfires across the country.

Along with her trainer, Ryan Tate, Taylor ventures to koala habitats in regions that have been burned to search for koalas that need rescuing or relocating, which she locates by scent. Taylor sniffs for both koala fur and their fresh scat, and she’s been doing this work alongside Tate for most of her life. 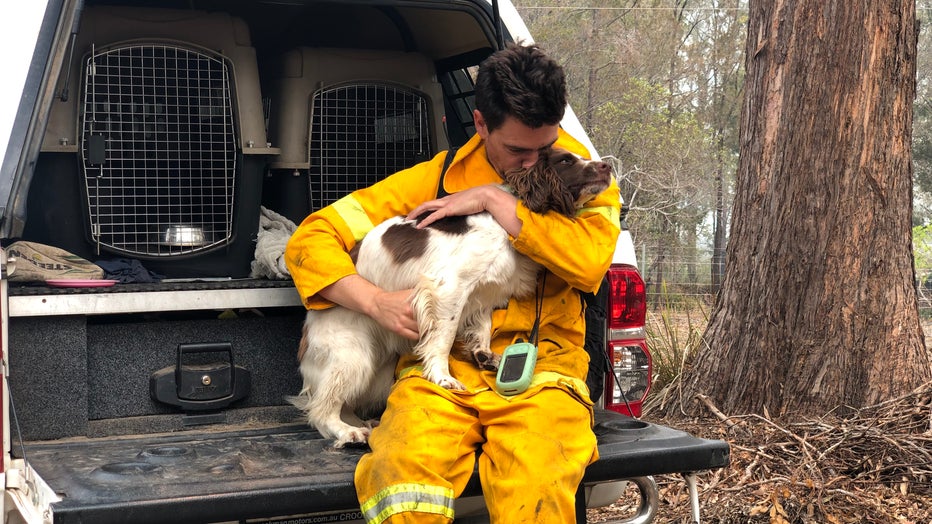 Taylor began training with the Tates when she was just 8 weeks old, though she didn't begin working with wildlife in the field until she reached 11 months of age. (TATE Animal Training Enterprise) 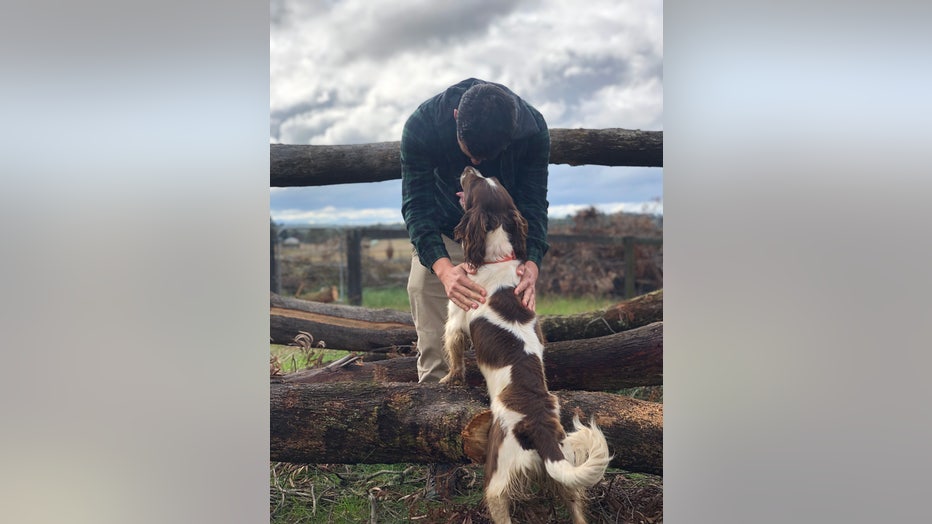 In a typical day, Taylor can cover between 6 to 10 miles in the field, and she works off leash.

"In ideal conditions, where the air is still, the smell of the animal actually drops down from the tree, and Taylor can smell them," Tate said. "She’ll sit right below them and point up to them and show us where they are." 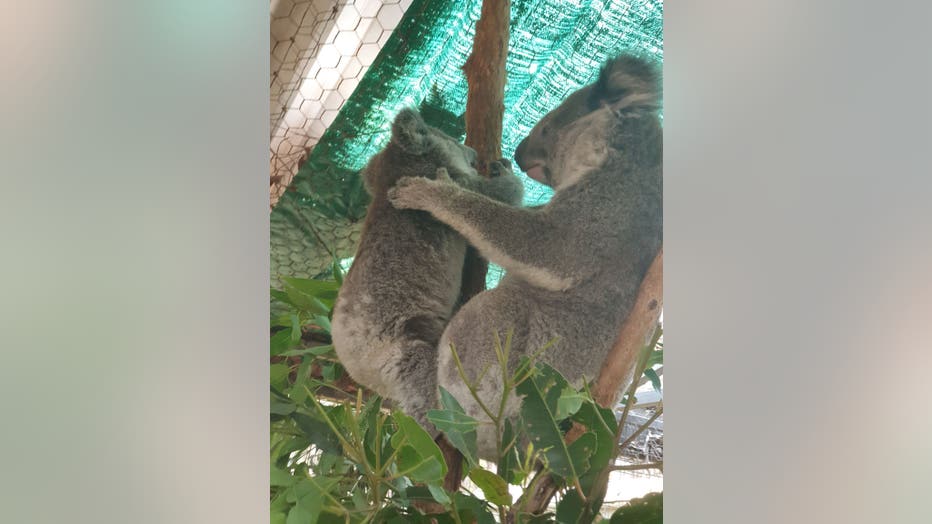 A mother koala and her joey. (TATE Animal Training Enterprises)

"In optimum conditions we have seen her recognize and hone in on a koala from 125 meters away," Tate said. Tate and his wife, Jennifer, are both professional animal trainers, and together they run the business TATE Animal Training Enterprises, where Taylor is one of many animals they have taught to perform special jobs. 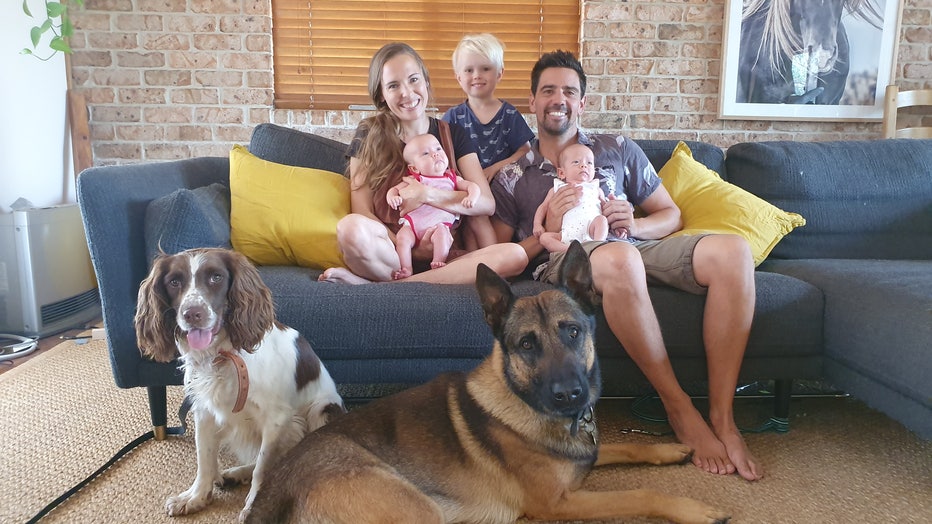 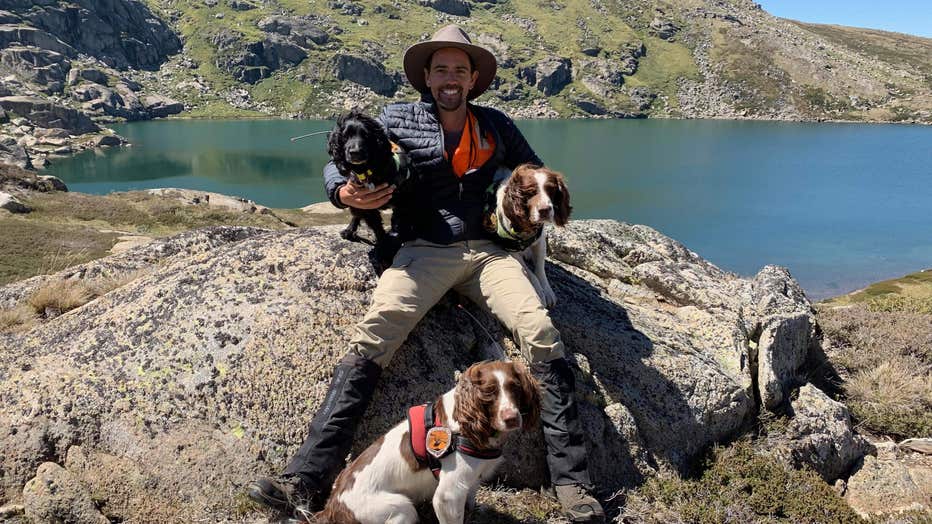 Ryan Tate with Taylor and two of his other dogs. (TATE Animal Training Enterprise)

From the age of 8 weeks, Taylor began training with the Tates to locate koalas and other animals and learned the concepts quite quickly, but it wasn’t until she was about 11 months old that she developed enough obedience to work in the field among wildlife.

Three years later, she is now a highly trained detection dog with well over 50 koala rescues under her belt.Working alongside Port Macquarie Koala Hospital staff, members of the Port Macquarie-Hastings Council (PMHC) and New South Wales National Parks in recent months, Taylor and Tate found themselves searching in familiar territory, but under very different conditions. 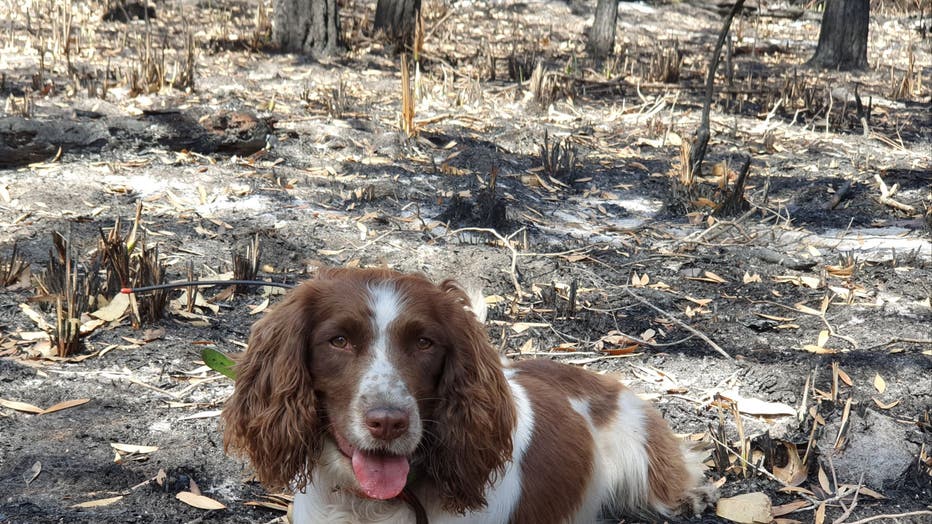 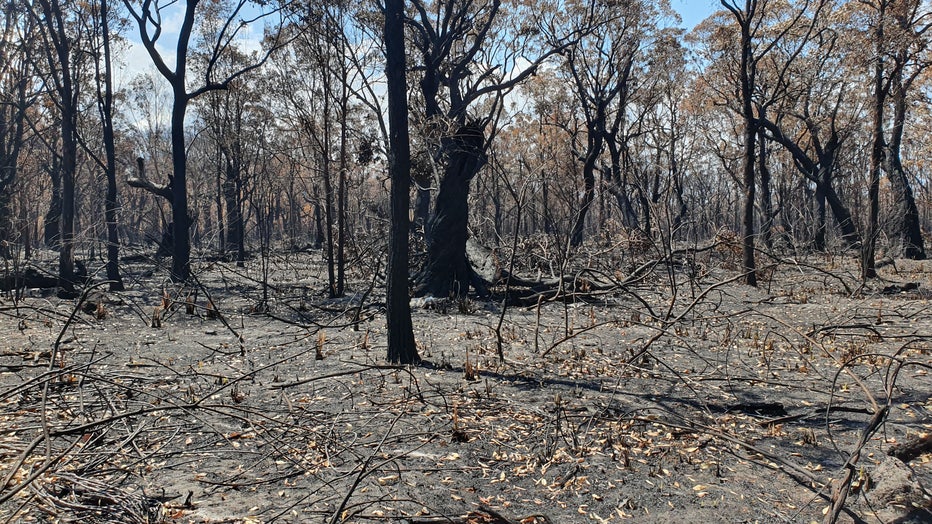 “These forests were locations we've already worked in many times over the years, they included some of the most genetically diverse and healthy koala populations in the world and the habitat destruction has brought more than a few tears to our eyes,” a caption on one of Tate Animal Training’s Instagram posts reads.

At the time of that Instagram post seven weeks ago, Taylor had helped locate and rescue eight koalas. On three occasions, she sat down directly underneath live koalas (including a mom and joey).

“Then in many other instances she would alert us to fresh scat and we would notify the expert Koala spotters who would then survey the canopy to spot the survivors,” the Tates wrote. “It is a lot like solving a complex puzzle and we are very privileged to be a small part of rescuing survivors.”

Now, Taylor has helped rescue a total of 15 koalas from the recent bushfires.

Like all of the Tates’ dogs, Taylor was raised around as many different animal species as possible to get her comfortable with working around all sorts of animals.

And as springer spaniels have been bred and trained to do for hundreds of years, Taylor has mastered the “sit and flush.” This means that when she sees an animal run in front of her, she automatically sits down, whereas most dogs would be inclined to chase.

Taylor is also trained to be able to sniff out quolls, foxes, cats, rats and rabbits, as well as certain biological threats to Australian ecosystems, such as invasive plant species.

Tate said that Taylor takes verbal cues from him as well as physical cues from the equipment he brings and the people he is working with to determine what kind of animal she will be searching for.

Taylor comes from a litter of dogs that are all also working as professional detection dogs around Australia to aid in animal conservation efforts. So was their father before them. Some of the animals her litter mates search for include turtles, antechinus, cane toads, bilbies, rats, birds, stick insects, lizards and snakes.

In a Facebook post reflecting on the impact of the recent fires on Australia's ecosystems, the Tates wrote:

The extent of this tragedy is hard to get our head around. We have good friends that own a pocket of land down the road and have dedicated the past 15 years to regenerating every square inch, removing pests and weeds whilst planting over 10,000 endemic trees. This has become an oasis for many native animals, including Koalas. Last Tuesday they lost it all including their house.The only redeeming factor in this tragedy is seeing the human spirit on the frontline.

In the same post, they offer some suggestions on how to best help koalas, such as donating to a koala hospital and supporting conservation groups that work to protect the marsupials and their habitats.