A protest was held at the Beverly Hills Balenciaga store over their controversial holiday ad campaign.

Kim Kardashian often feels stuck between a rock and a hard place. 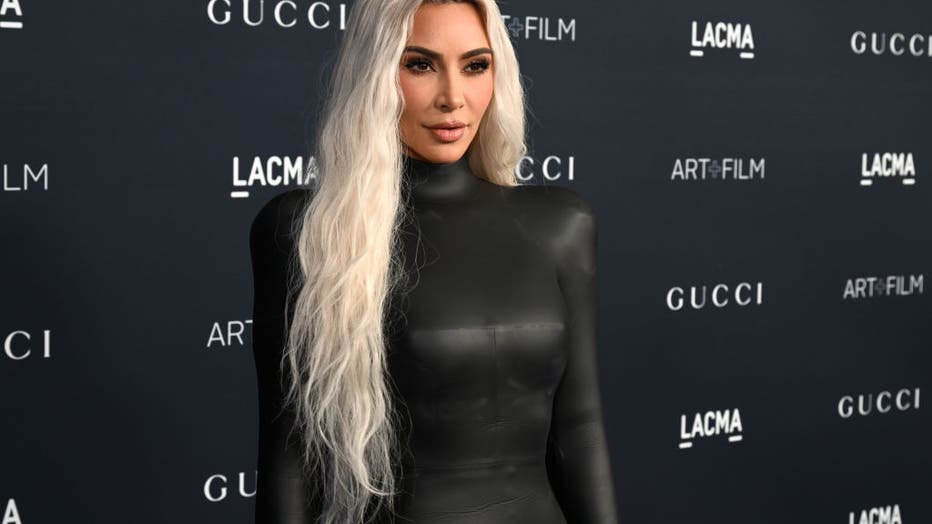 More than a month after the initial scandal surrounding fashion house Balenciaga and the advertisement that many deemed to be sexualizing children, Kardashian is talking about cancel culture and how her response to the fashion flub was subject to its own controversy.

"Even with the Balenciaga thing, it was like, everyone was like ‘Why aren’t you speaking out? Why aren't you speaking out?' And I'm like wait - I'm not in this campaign. I don't know what's happening, let me like take a minute to research this," she explained on the "Angie Martinez IRL Podcast."

Kardashian explained that no matter what response she gave, she would still be subject to backlash.

In addition to frequently being dressed by the fashion house, Kardashian also appeared in a separate 2022 Balenciaga campaign and was an ambassador for the brand.

"The whole point of life is to make mistakes, is to grow, and to evolve and be better people. Obviously there is absolutely no place or an ounce to even play with anything with children. Like any sexualization of children, there's like not an ounce of that…should be in our brains and in our society. I get that. I couldn't have been more clear on: ‘This is horrifying. This is disturbing.'"

Balenciaga released its controversial holiday campaign on Nov. 16, and issued an apology on Instagram on Nov. 24.

"We sincerely apologize for any offense our holiday campaign may have caused. Our plush bear bags should not have been featured with children in this campaign. We have immediately removed the campaign from all platforms," the brand wrote.

Kardashian denounced the ad on Nov. 27.

The reality-star shared in a series of tweets, "As a mother of four, I have been shaken by the disturbing images. The safety of children must be held with the highest regard and any attempts to normalize child abuse of any kind should have no place in our society — period. I appreciate Balenciaga’s removal of the campaigns and apology. In speaking with them, I believe they understand the seriousness of the issue and will take the necessary measures for this to never happen again."

She also added that she was "re-evaluating" her "relationship with the brand."

At one point during their conversation, Martinez asked the 42-year-old if she felt like she could not "win" with how her responses to such extreme issues were perceived by the public.

"You definitely can’t win, no matter what you can't win," she said. "But I'll still be me."

While unclear when the podcast episode was originally filmed, Kardashian mentions her week at the time as being particularly "testing."

"This week was just really testing for me, just because I'm in so much other s--- that's not my s---- …. You know when you just don't want to be a part of the narrative, but you're brought in? But then I have to take responsibility and say, ‘OK, people think of me as the face of this so let me speak out.' I just always want to do the right thing. And you always have to do what feels right," she said.

Get more on FOXNews.com.