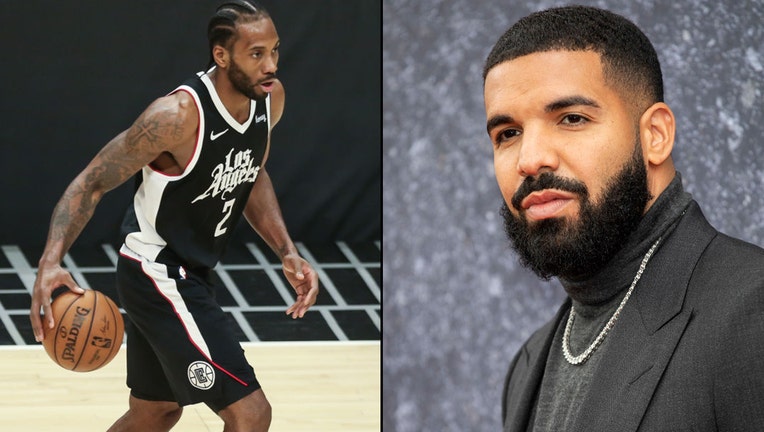 LOS ANGELES - Friday was a slam dunk for fans of the Los Angeles Clippers and their favorite "Fun Guy."

NBA and hip-hop fans were given a pleasant surprise when rapper Drake dropped his latest music video that included a rare appearance by one of the top players in the league posing as a backup dancer.

Angelenos will quickly recognize a portion of the music video shows the Santa Monica Pier, but it’s what happens about 2 minutes and 41 into the video that’s gaining buzz on social media: Los Angeles Clippers superstar Kawhi Leonard as a backup dancer. The scene is an apparent ode to Boyz II Men and other 90s boy bands.

The entire music video is comedic in nature and Leonard’s cameo appears to pay homage to Leonard’s large hands. He is also known to fans as "The Klaw."

Drake, born Aubrey Drake Graham, is Canadian and Kawhi Leonard led the Toronto Raptors to its first NBA title in franchise history in 2019. Leonard then signed a blockbuster deal with the Clippers in the 2019 offseason and re-signed with the franchise this offseason on a four-year deal.

In May, the two-time NBA Finals MVP teased a music project that includes NBA YoungBoy and Rod Wave. The first two singles from the project called "Waves," and "Everything Different," were released earlier this summer and the proceeds from that project will go to the Mamba and Mambacita Sports Foundation.