SANTA ANA, Calif. - A woman who dropped her 7-month-old son to his death from a Children's Hospital of Orange County parking structure a decade ago was legally sane at the time of the crime, a jury found Monday.

Sonia Hermosillo, 41, was convicted Aug. 11 of first-degree murder and child assault causing death. She had pleaded not guilty by reason of insanity, so the trial entered a sanity phase for jurors to determine her mental stability at the time of the crime. 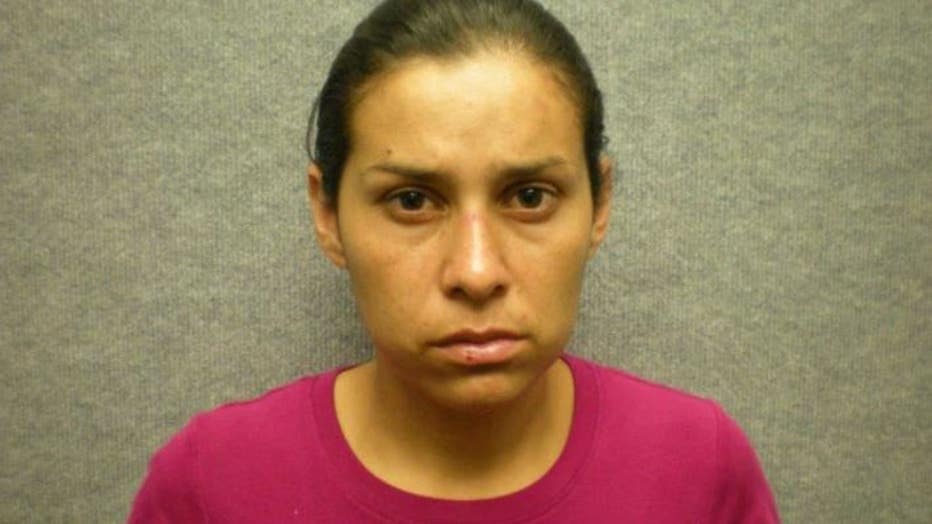 With jurors finding she was sane, Hermosillo faces 25 years to life in prison, with sentencing scheduled for Oct. 29. If she had been found insane, she would have been diverted to a treatment program.

In the first phase of the trial, jurors considered incriminating statements Hermosillo made to police in Orange following the Aug. 22, 2011, death of her son, Noe Medina Jr. In an interview, Hermosillo told police, "No, I would rather he died," and said she killed him "because he's sick," and "that's why I don't love him," according to Deputy District Attorney Mena Guirguis.

Experts for the defense testified during the sanity phase that Hermosillo suffered from post-partum psychosis, while experts for the prosecution said she was depressed.

"I want you to think of the best mother you know, because that was Sonia Hermosillo," defense attorney Jacqueline Goodman told jurors in her closing argument last week.

Hermosillo was a stay-at-home mom who was dedicated to her children and was active in their schooling, her attorney said.

"She lived to be a mom," Goodman said, as she showed jurors a photo of Hermosillo cradling her newborn son.

One expert determined Hermosillo had bipolar-type schizo-affective disorder, according to the defense.

When Hermosillo's husband sought help for her because she stopped showering and was walking out of the house in the middle of the night to wander around, the couple did not have health insurance so they did not get the specialized care that would have identified a proper diagnosis, Goodman told the jury.

"Days would go by and she doesn't sleep," the defense attorney said. "Her husband was tying ropes to her because she would leave and wander around the park. That's bipolar and mania... and she was also depressed."

One doctor prescribed an anti-depressant, which is the wrong medication for someone with psychosis, Goodman said.

"Her delusion was that Noe Jr. would be a big baby in diapers his whole life," she said.

One of the defendant's caretakers for the past 10 years in the jail testified that she was "psychotic when she came in," Goodman said.

Part of the reason Hermosillo's trial was delayed so long was because she was found not mentally healthy enough to assist in her defense and was hospitalized for mental illness.

"The law is not whether she murdered her son because she is sick. It's not `but for her illness would she have done it.' The law is all about her ability to understand whether she knew right from wrong," Guirguis said.

The prosecutor told jurors that he defendant "had very severe depression and that's sad. That's tragic. Depression sucks. It just sucks. But it is not legal insanity."

Guirguis added, "It is what it is -- an unwanted child. He's causing her depression ... She tells us she's had enough. She's freeing herself from this child."

Noe was born with flat-head and twisted-neck syndrome and had to wear a protective helmet. A prior prosecutor on the case said Hermosillo removed the helmet before dropping her son to his death and then had her parking ticket validated before leaving the garage.

Guirguis said the defendant left behind a note for her husband before the baby's death, apologizing and asking him to take care of their daughters with no mention of their son.

According to Goodman, the defendant met her husband when they were teens in Mexico. Although Hermosillo only had the equivalent of a sixth-grade education herself, she worked hard overseeing her two daughters as they did their homework because she wanted a better life for them, the defense attorney said.

Hermosillo struggled to get pregnant again and when she did and the couple was told they would have a son, she was overjoyed, Goodman said. But that changed sometime after the baby was born, she said.

There were times when her husband would get home from his job at a construction site and before he went to bed he would tie a rope on the door to keep her wife in their home, Goodman said. He would even take her to work with him to keep an eye on her, the defense attorney said, telling jurors that he took his wife to various doctors and even "witch doctors" in search of a solution.

When they got Hermosillo to a health center in La Habra, the doctors called for an ambulance and had her hospitalized, Goodman said. She said Hermosillo was held longer than the typical 72-hour psychiatric hold, but left the hospital against medical advice and with only a week's worth of medication.

Later, her husband took her to another hospital, where she was treated and given medication, but the couple couldn't afford to refill the prescription, Goodman said.

Hermosillo herself, in a more lucid moment, said the children were not safe with her, according to Goodman.

"She did not resent Noe Jr.," the attorney said.