NEW YORK - A New York jury concluded Tuesday that Kevin Spacey didn’t molest fellow actor Anthony Rapp in the 1980s, bringing to a conclusion a trial that was an outgrowth of the #MeToo movement.

The verdict in federal court in Manhattan brings to a conclusion a civil trial that was an outgrowth of the #MeToo movement. The lawsuit, based on 2017 claims by Rapp, sought $40 million in damages.

Deliberations lasted just over an hour. When the verdict was read, Spacey dropped his head. But he then hugged lawyers and others before leaving the courtroom. 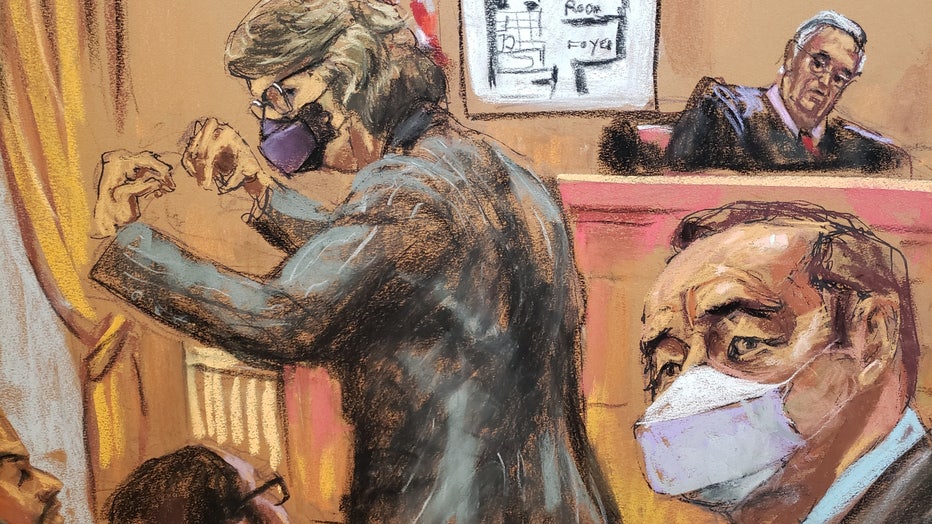 Earlier Thursday, a lawyer for Rapp, Richard Steigman, urged jurors to make Spacey pay for trying to make a sexual advance on Rapp in Spacey’s Manhattan apartment in 1986 after a party. He accused Spacey of lying on the witness stand.

Jennifer Keller, a lawyer for Spacey, told jurors that Rapp made up the encounter and said they should reject Rapp’s claims.

Rapp, 50, and Spacey, 63, each testified over several days at the three-week trial. The lawsuit sought $40 million in damages.

"He lacks credibility," Steigman said. As for his client, the lawyer said he filed the lawsuit "to hold Kevin Spacey accountable."

After jurors were sent away to deliberate, Keller drew sympathy from U.S. District Judge Lewis A. Kaplan when she complained that Steigman broke trial rules when he finished his summation by telling jurors that he hopes "you don't let him get away with it this time."

Kaplan had set rules that were meant to keep jurors from learning about sex abuse accusations made against Spacey that were not part of the trial evidence.

Keller called Steigman's statement "another clear, premeditated attempt to let the jury know" about other claims against Spacey.

"I'm very concerned," she added, saying it could affect the verdict.

Kaplan responded by saying Steigman's statement "shouldn't happen" and that if the jury ruled in Rapp's favor, attorneys may need to make written arguments over the issue. He also said that Rapp during his testimony should not have mentioned that there were other claims made against Spacey.

During her closing argument, Keller tried to suggest reasons for why Rapp would make up the encounter with Spacey, in which he said Spacey picked him up and briefly laid on top of him on a bed in his apartment. At the time, Rapp was 14 and Spacey was 26. Rapp testified that he wriggled out and fled the apartment only to encounter an inebriated Spacey at the door asking if he was sure he wanted to leave.

Spacey's attorney said it was possible Rapp invented it based on his experience performing in "Precious Sons," a play in which actor Ed Harris picks up Rapp's character and lays on top of him, mistaking him briefly for his wife before discovering it is his son.

She also suggested that Rapp later became jealous that Spacey became a megastar while Rapp had "smaller roles in small shows" after his breakthrough performance in Broadway's "Rent."

"So here we are today and Mr. Rapp is getting more attention from this trial than he has in his entire acting life," Keller said.