Why Juneteenth is a sacred day for African Americans

Juneteenth is the oldest known celebration of the end of slavery in the United States.

LOS ANGELES - June 19 marks the oldest known celebration of the end of slavery in the United States, known as Juneteenth. The subjects of race, inequality and emancipation have been explored in dozens of documentaries, some of which are available to stream for free on Tubi.

The tradition of Juneteenth has endured and evolved since then, and celebrations can be found today in places like Milwaukee, Philadelphia, Denver and Minneapolis.

For years, advocates have asked for Juneteenth to be recognized as a national holiday. While it has not yet succeeded, 46 states and the District of Columbia observe Juneteenth in some capacity. 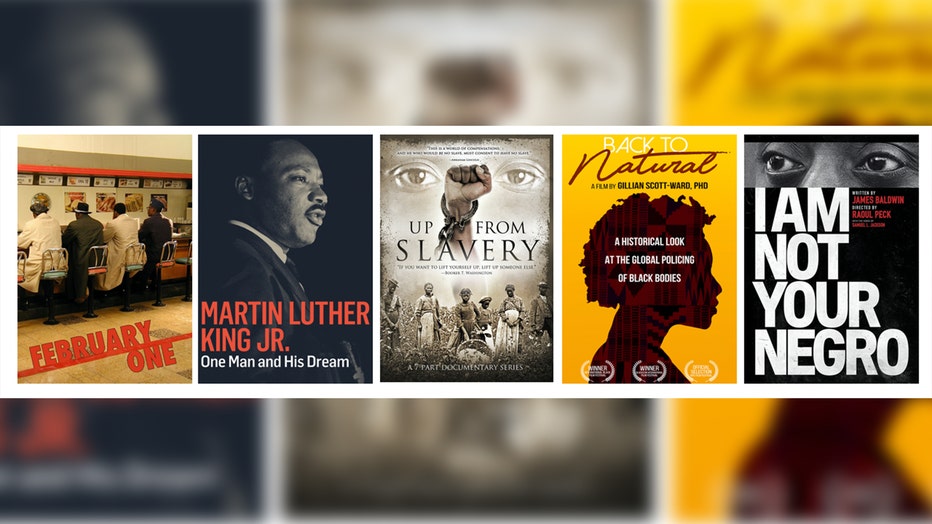 RELATED: Juneteenth: What its path to federal holiday status looks like

You, too, can commemorate Juneteenth in your own way, wherever you are. If you’re eager to learn more about history to mark the day, Tubi’s United Against Inequality: Legacy of Juneteenth container offers a number of documentaries centered around the experiences of the Black community:

Anita (2013)
"A profile of Anita Hill, the African-American lawyer who accused US Supreme Court nominee Clarence Thomas of sexual harassment."

Back to Natural (2019): Starring Okema Moore, Salamisha Tillet, Carl Hart
"A documentary on the social, historical and racial ways that African descendants are affected by the various judgements made about their hairstyles."

Braided: An American Hair Story (2018): Starring Lupita Nyong'o, Young M.A, Ayana Bird, Lacy Redway and Vernon Francois
"Learn the history of braids, their cultural appropriation by stars from Bo Derek to the Kardashians and the pioneers’ first memories of braiding."

Emancipation Road (2017)
"In 1860, the nation founded upon an idea that all men are created equal and endowed by their creator with the inalienable rights of life, liberty, and the pursuit of happiness had as many as four hundred thousand slave-owners and almost four million slaves. By denying these rights to more than twelve percent of its population, America would soon pay with the blood of a generation. The story of African Slavery in America started with the first permanent English Colony in the 17th century... and ended with the Civil War. But those two hundred and fifty years of struggle were just the beginning. The beginning of a journey down the long Emancipation Road."

RELATED: Tubi adds dozens of classics like ‘Eyes Wide Shut,’ ‘Four Weddings and a Funeral’ just in time for summer

Fathers of the Sport (2008)
"Tells the story of an American social culture embedded with racism, war, oppression, and poverty where these asphalt warriors escaped and rose above it all with a mutual love and respect."

February One: The Story of the Greensboro Four (2003): Starring O. Stephone Ingram, Jamaal Primus, Rondrell McCormick, Christopher Robinson and Mathew Spangler
"In this poignant documentary, one of the most legendary moments in the quest for civil rights in America unfolds at an ordinary restaurant."

Free Angela and All Political Prisoners (2013): Starring Angela Davis
"The story of professor Angela Davis, whose social activism implicated her in a botched kidnapping and put her on the FBI’s Most Wanted List in 1970."

For Akheem (2017): Starring Daje Shelton, Tammy Moore, Antonio Shumpert, Judge Jimmie Edwards, Quinton Jackson and Ahkeem Shumpert
"An intimate look at one black teenager's life and the struggles she faces while demonstrating the strength and courage it takes to survive."

Harriet Tubman: They Called Her Moses (2018): Starring Alfrelynn Roberts, Dr. Eric Lewis Williams and Carl Westmoreland
"The life and times of Harriet Tubman, who led the Underground Railroad of American slaves to freedom, are explored by scholars and historians."

King: Man of Peace in a Time of War (2007): Starring Martin Luther King, Malcolm X, Laurence Fishburne, Jesse Jackson, Quincy Jones, Eriq La Salle, Colin Powell, Howard K. Smith, Mike Douglas and Hugh M. Hefner
"A rare and candid TV interview with Martin Luther King - unseen in 40 years - is the centerpiece of this timely tribute, featuring exclusive interviews with such notables as Jesse Jackson, Laurence Fishbone, Mike Douglas and Colin Powell that provide fresh insight into the life and personality of the late civil rights leader. This documentary explores the life of one of the most important figures of the 20th Century, and the legacy of peace and tolerance that has stayed poignant all these years later."

Nelson Mandela: Resistance (2017): Starring Nelson Mandela
"A portrait of the paramount freedom fighter of the 20th century depicts his struggle for justice, equality, and liberty and how he changed the world."

Not Black Enough (2017): Starring Vanessa Williams, Henry Louis Gates Jr. and Petey Pablo
"This insightful documentary explores class warfare in the African-American community, and who gets to define what it means to be black."

Something From Nothing: The Art of Rap (2012): Starring Bun B, B-Real, Afrika Bambaataa, Derek Barbosa, Busy Bee, Yasiin Bey, Big Daddy Kane, Kool Boy, Joe Budden and Grandmaster Caz
"In this inspiring documentary, rapper Ice-T travels around the U.S. to interview a diverse group of rappers about their creative process."

For more Tubi titles that recognize the legacy of Juneteenth, visit www.tubitv.com.

RELATED: Over 100 new movies, shows added to Tubi in May including James Bond franchise, ‘Cast Away’

This station is owned by the FOX Corporation. Jordan Smith contributed to this report.