Cal State Fullerton Police released a surveillance photo of the jogger on Thursday. 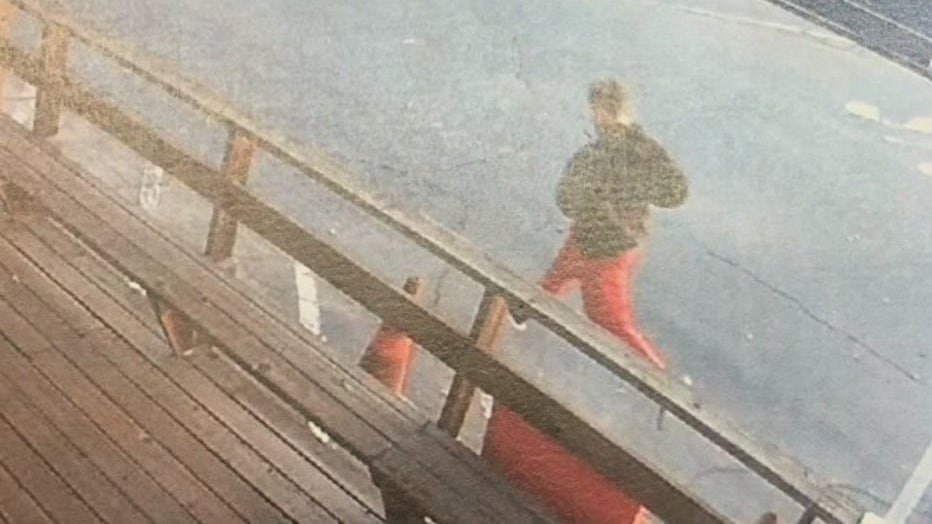 Authorities said that the student, who is also an employee working on campus at the university, was crossing State College Boulevard between Yorba Linda Boulevard and Dorothy Lane around 7:30 a.m. Wednesday when the jogger made a sarcastic remark about the student's mask.

"He made a comment about his mask, saying, 'Can you breathe in that, bro?' or something like that,"  said Cal State Fullerton Police Department Capt. Scot Willey.

The student replied, "Yeah, I'm fine," which prompted the jogger to say, "Well, then you're an effing idiot," Willey said.

That prompted a "back and forth" that escalated when the jogger "walked up to him and allegedly started throwing blows and hit him multiple times, including his face," Willey said.

The student ran to the campus police station a short distance away and reported the attack, Willey said.

The student did not initially report the jogger made an ethnic slur, but when police saw him allege that in a Facebook posting later investigators followed up with the victim, Willey said.

The student, who is Latino, said the jogger called him an ethnic slur for Blacks, Willey said.

Police hope the public will identify the jogger so investigators can "get his side of the story," Willey said.