The suspect described the plan to a paid FBI informant who also drove the suspect around Dallas in February to conduct surveillance on Bush's home, library and offices, according to a search warrant.

Forbes first reported the documents were filed by the FBI in March 2022 and unsealed this week in the Southern District of Ohio.

The FBI said the ISIS operative, Shihab Ahmed Shihab, lived in Columbus, Ohio, and had been in the country since 2020 with an asylum application pending.

Earlier this year, Shihab was allegedly in Dallas doing surveillance on the former president.

Shihab described the plan to a paid FBI informant who also drove the suspect around Dallas in February to conduct surveillance on Bush's home, library and offices, according to a March 23 search warrant.

"The machine is alive and well and well-oiled and still working," he said. "Human intelligence will always be law enforcement and intelligence work’s best assets and best method to work with."

The FBI was also able to track the suspect’s conversations on WhatsApp, a worldwide instant messaging system owned by Meta, because the suspect began using a phone given to him by one of the informants. He allegedly sought to help smuggle in four Iraqi nationals over the southern border to help carry out the plot.

According to the warrant, Shihab said he wanted to assassinate Bush because he felt the former president was responsible for killing many Iraqis and breaking apart the country after the 2003 U.S. military invasion.

Bobby McDonald is a former secret service agent who completed assignments in the presidential division.

"I'm sad to say it doesn't really surprise me," he said. 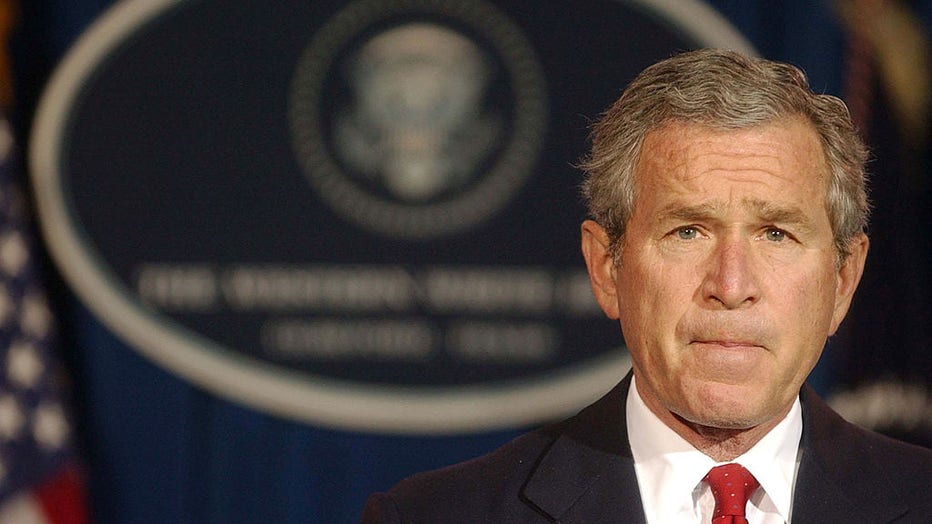 McDonald says when a president leaves office, their security detail diminishes over time. However, it is increased after any threat.

"The Secret Service to ramp up the protection in and around the Bush compound took place immediately so that he can be provided the protection that he needs with respect to this scenario," he said.

Last week, Mr. Bush reignited controversy over the war when he inadvertently transposed Iraq for Ukraine while criticizing Russian President Vladimir Putin for a launching a "wholly unjustified and brutal invasion." He quickly corrected himself.

McDonald says this plot is a reminder that while terrorist groups like ISIS have weakened in recent years, the threat is still alive and well.

"There obviously are still factions out there that they're wanting to carry out various operations to inflict damage or inflict their message on the rest of the world," he said.

Shihab has been charged federally with an immigration crime and with aiding and abetting a plot to murder Bush.