Leo Varadkar will work with potential COVID-19 patients over the phone in order to free up staff to work on the front lines fighting the virus, the spokesperson added.

DUBLIN - Ireland’s Prime Minister and former medical professional Leo Varadkar has reportedly re-registered as a doctor to join the fight against the novel coronavirus, according to Ireland’s national public broadcast service, RTE.

RTE reported that Varadkar worked as a doctor for seven years before leaving the profession to seek a career in politics in 2013.

"Many of his family and friends are working in the health service. He wanted to help out even in a small way," a spokesperson for Varadkar’s office told RTE. 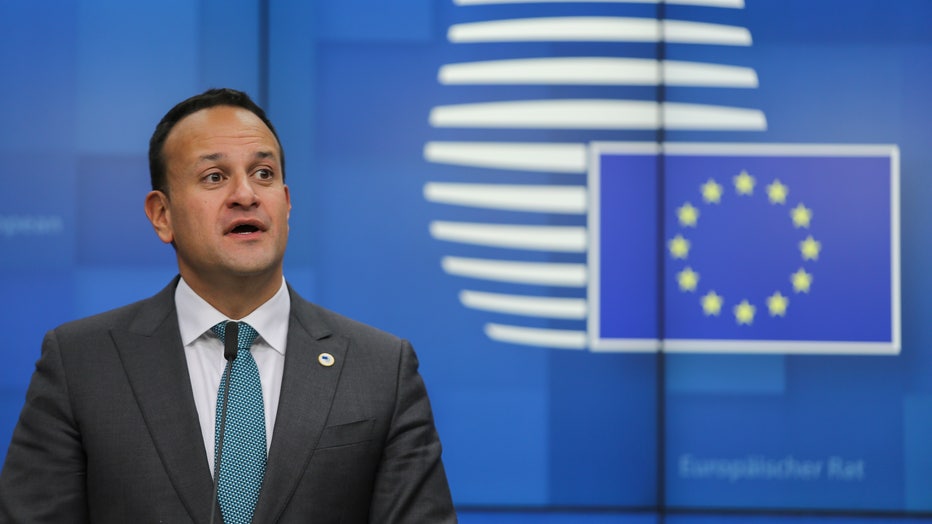 Leo Varadkar the Taoiseach of Ireland during a press conference - media statement briefing at the European Council EU leaders Meeting on October 17, 2019 in Brussels, Belgium with main topic Brexit. (Photo by Nicolas Economou/NurPhoto via Getty Images)

Varadkar re-registered as a health care worker with Ireland’s Health Service Executive in March and will reportedly work one shift per week.

Varadkar will work with potential COVID-19 patients over the phone in order to free up staff to work on the front lines fighting the virus, the spokesperson added.

The steep rise in coronavirus deaths appeared to be leveling off Monday in hard-hit New York, echoing a trend underway in Italy and Spain, while the crisis escalated alarmingly in Britain, where Prime Minister Boris Johnson was moved to intensive care after his condition deteriorated.

Johnson, 55, was conscious and did not immediately need to be put on a ventilator, his office said. The prime minister is the world's first known head of government to fall ill with the virus.

Deaths in Britain climbed by more than 400 Monday, for a total of nearly 5,400. Sunday was especially bleak, with more than 600 deaths — more than Italy recorded.