SANTA CLARITA, Calif. - Investigators Friday turned their focus toward what may have motivated a suspected shooter to open fire at his high school in Santa Clarita for sixteen seconds of terror on his sixteenth birthday.

Investigators Friday turned their focus toward what may have motivated the suspected teen shooter in the deadly Saugus High School shooting in Santa Clarita.

The shooting, which authorities called an active shooter situation, left two students dead and several others injured. The suspect, who was in custody, was listed in “grave condition.”

Sheriff's officials said detectives "worked through the night going through each and every crime tip and screenshot received from our community members regarding our area schools," the department said in a tweet.

Six victims and the suspected shooter were transported to area hospitals.

Four patients and the suspected shooter were rushed to Henry Mayo Hospital in Valencia, where a 16-year-old girl and a 14-year-old boy died, sheriff's officials said. A fourth student was treated and released.

Two other students were taken to Providence Holy Cross Medical Center. A 15-year-girl, who suffered one gunshot wound below her belly button, was airlifted. The bullet lodged to her hip area and required surgery to remove the bullet. A 14-year-old girl, who was taken to the hospital by ambulance, had injuries that were considered "superficial," by health officials. Both girls are expected to make a full recovery, health officials said Friday morning in a press conference.

The Los Angeles County Sheriff’s Department has yet to identify the teen suspect. However, neighbors and others said the shooter was 16-year-old Nathaniel “Nate” Berhow. 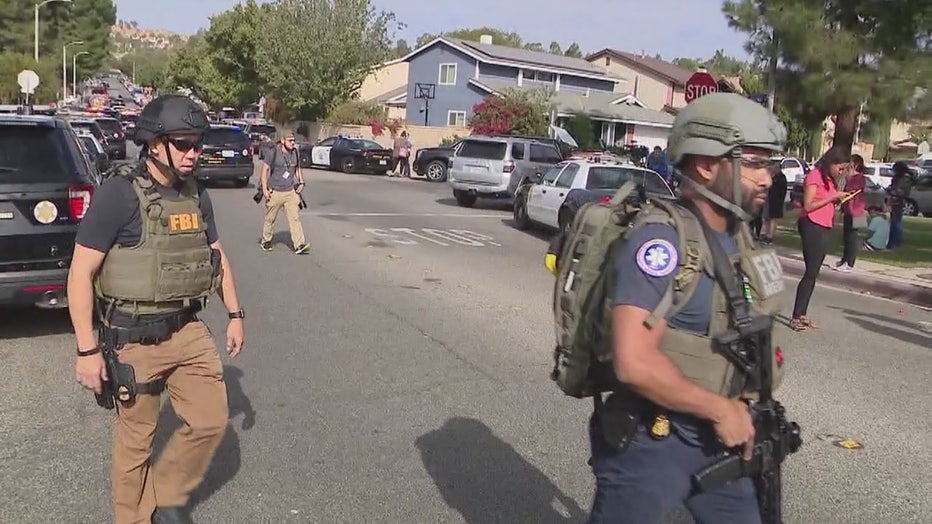 Students at the school described him as “quiet,” and records show he was an athlete on the school’s track and field team.

Officials said at about 7:30 a.m. Thursday, school security cameras showed a male student walk into a squad, pull out a .45 caliber semi-automatic pistol out of his backpack and started shooting. The gunman used every bullet and saved the last one for himself. 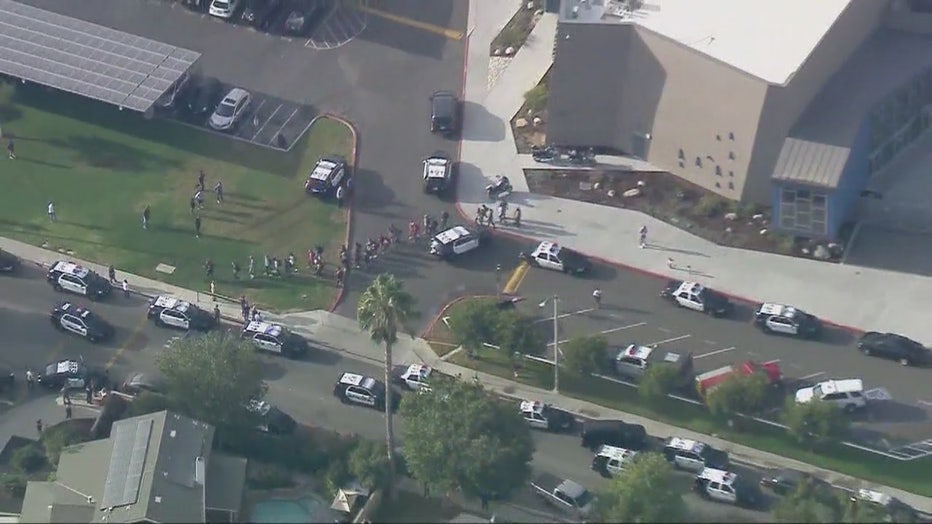 The school was immediately placed on lockdown. The school was later evacuated and law enforcement officers escorted students to Central Park.

The first fired shot sent students running and hiding anywhere they could.

Many students in the quad fled to the nearby choir room, including a girl who had been shot twice. Other students in the room blocked the door as the choir teacher used a gunshot wound kit to tend to the injured student. One of the students reportedly grabbed a fire extinguisher to protect the other students and prepared to strike if needed.

“One kid ran inside and he immediately locked the door. Other kids started banging on the door hoping to come in,” a student who was in the choir room said.

Another student ran so far and so fast, he ended up at a stranger’s home near the school, banged on the door and screamed “There’s a shooter! Let me in, please!”

An off-duty Los Angeles County deputy, who happened to be dropping off a student at the school,  rushed to the gunfire and found a girl suffering from at least one gunshot wound. He immediately began performing CPR.

The Santa Clarity community came together Thursday night and held a vigil at Central Park where students were escorted off campus after the shooting. 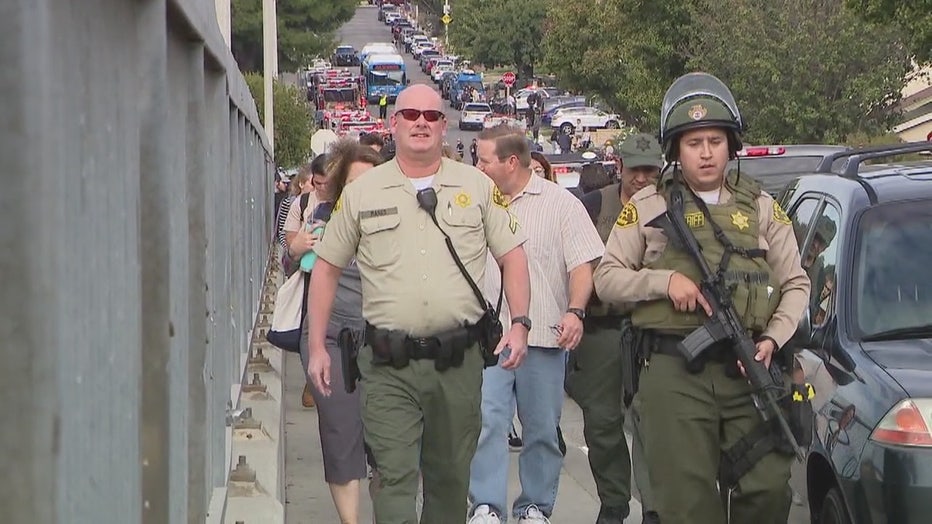 Other members of the community attended a prayer service at Grace Baptist Church.

Grief counseling was being offered at the City of Santa Clarita Activities Center located at 20880 Centre Pointe Parkway.

Today’s events took the life of their children; words are utterly inadequate when we think about their loss. We will reach out to the families to offer our full support. On their behalf, we ask that you honor their privacy at this time...The gun violence experienced across our nation, and all too often on school campuses, has prompted our District, like others, to conduct staff and student trainings for these unthinkable events. We take the training seriously; we prayed that we would never need it. Yet today, our brilliant staff bravely and vigilantly went into action. Placing a priority on their students’ safety, our wonderful Saugus High School team were quick to order students to shelter in place, and your students responded. Praise them for their responsible behavior, especially in the face of overwhelming fear.