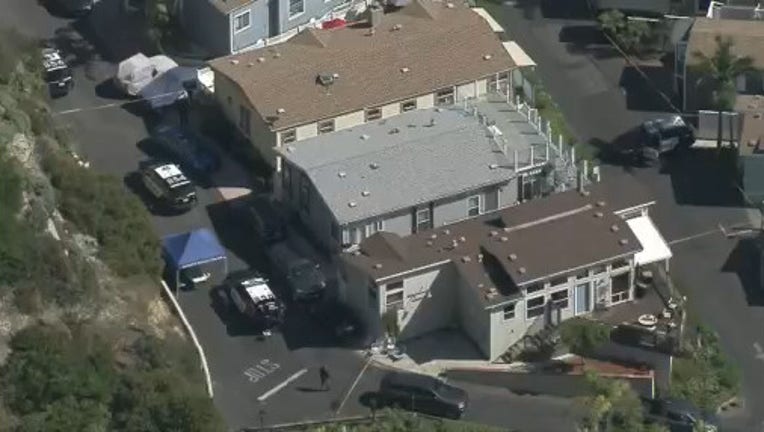 Police have not released her identity but say she is in her 60’s.

Early Sunday streets were blocked off near Coast Hwy. as police set up a tent to gather evidence.

According to officers, neighbors found the woman and gave police information about a possible suspect vehicle.

Police say within an hour a vehicle matching the description given to them was located. Orange County Sheriff’s deputies pulled the vehicle over and took her son into custody.