A father from Indiana had seconds to act when his 4-year-old child fell to the ground and became unresponsive amid a sudden cardiac arrest.

"She was giggling, laughing and chasing me and then it went quiet. I turned around and she was on the ground," Matt Uber, 46, of Carmel, told FOX of the incident. "I thought she had bumped her head … when I got to her she was limp."

Uber said he and his daughter, Vera Posy, were playing a game of tag after dinner when she collapsed. 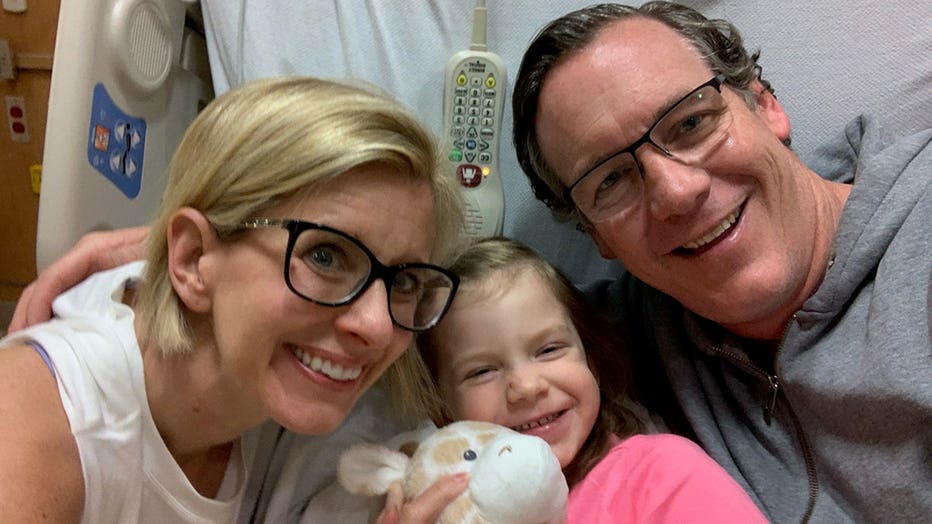 Uber said he screamed for his 16-year-old daughter to call 9-1-1. In the meantime, he attempted CPR, recalling a scene from "The Office" where the cast learns how to do compressions to the beat of "Stayin’ Alive" by the Bee Gees.

He continued until a 9-1-1 operator coached him through the process, he added.

"I said to myself, ‘What do I know about CPR? I don’t have formal training,'" Uber said. "In that panic moment, I just thought of that scene from ‘The Office,’ as crazy as it was. I had to be doing something to keep this lifeless little body alive."

Uber said he administered CPR for nearly five minutes until paramedics arrived and took over. "The chances of her survival were pretty slim," he said. 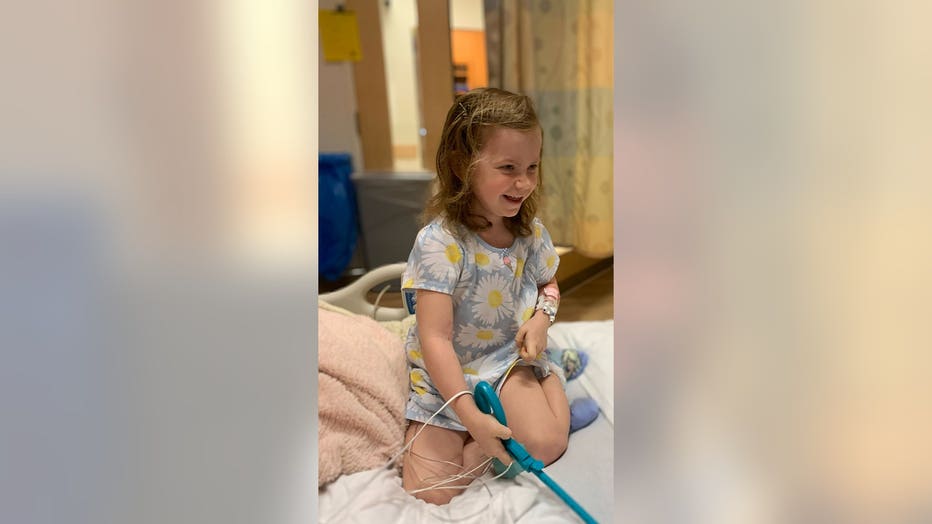 Vera, 4, collapsed suddenly when her father tried to perform CPR. She was taken to the hospital where the family later learned she had calmodulinopathy, a rare, life-threatening arrhythmia syndrome that’s found in young people. (Courtesy Uber Family)

The paramedics continued CPR and used a defibrillator to shock Vera’s heart to beat at normal rhythm.

Uber and his wife, Erin, learned their daughter experienced cardiac arrest when they spoke with doctors at Riley Hospital for Children in Indianapolis. Uber said Vera had been healthy and had no symptoms leading up to her sudden cardiac arrest.

Vera took a number of genetic tests to determine what may have caused the abnormality. Uber said his family learned their she had calmodulinopathy – a rare, life-threatening arrhythmia syndrome that’s found in young people. Vera underwent surgery to have an implantable cardioverter-defibrillator (ICD) that will be able to jolt her heart if it stops, Uber said.

Implanting a device in such a tiny patient is risky, so Dr. Mark Rodefeld, Vera’s cardiothoracic surgeon, was able to implant it into her abdomen instead of her chest with a minimally invasive approach, according to Riley Children’s Health. 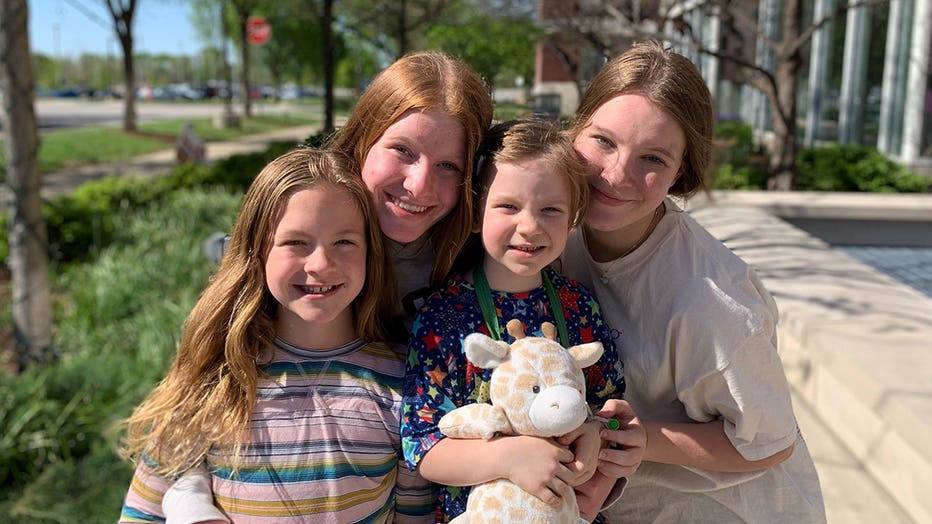 Vera pictured with her siblings above. (Courtesy Uber Family)

Uber said he hopes his family's story will encourage others to become CPR-certified to better prepare for these types of emergencies.

Uber said Vera is recovered from the frightening incident, and that the family feels blessed that she survived.

To enroll in online, or in-person adult and pediatric CPR training visit American Red Cross' website to find a course near you.