Man with butcher knife shot to death by deputy

The Riverside County Sheriff's Department released the body camera video of a man carrying a butcher knife being shot to death by a deputy.

RIVERSIDE COUNTY, Calif. - The Riverside County Sheriff's Department released body camera footage showing a November incident in which a deputy shot a man armed with a meat cleaver, claiming he was the Antichrist.

The shooting happened back Nov. 12 in Cabazon, an unincorporated area of Riverside County, approximately 40 miles east of Riverside. Around 3:30 p.m. that day, a deputy from the Cabazon station stopped a man on a bicycle who was riding on the wrong side of Carmen Avenue, just west of Rafael Street. According to Sheriff Chad Bianco, the deputy knew the cyclist — identified as Cabazon resident Kenneth Scott Wallis — had a warrant out for his arrest.

In the body camera footage released Tuesday, the deputy is heard asking Wallis to dismount his bike. As he does, the deputy asks Wallis if he has any weapons, to which Wallis replied, "I do." Wallis then bent over, which the deputy seemingly believed was Wallis reaching for that weapon. After shouting "Don't touch it," Wallis replied that he was simply lowering his bike's kickstand.

"I'm putting the kickstand down, bro. I'm [the] Antichrist."

The Riverside County Sheriff's Department has released body camera footage in a November shooting that left one Cabazon cyclist, who referred to himself as the Antichrist, dead.

Wallis then reached into his pockets as the deputy pulled out his gun. The deputy continued to warn Wallis against taking out a weapon. Wallis shouted back, "Shoot me, then, mother f*****."

After shouting back and forth, Wallis claimed the Sheriff's Department had been harassing him. Wallis then attempted to get back on his bike and ride away. That's when the deputy shoved Wallis off his bike.

"Alright mother f*****. What's up, G," Wallis said as he got up, seeming to threaten the deputy to a fight. The deputy then pulled out his baton, while Wallis seemed to pull something from his pocket. Seconds later, Wallis had been shot. According to Bianco, the deputy provided Wallis aid until paramedics got to the scene, but Wallis was declared dead when first responders arrived. 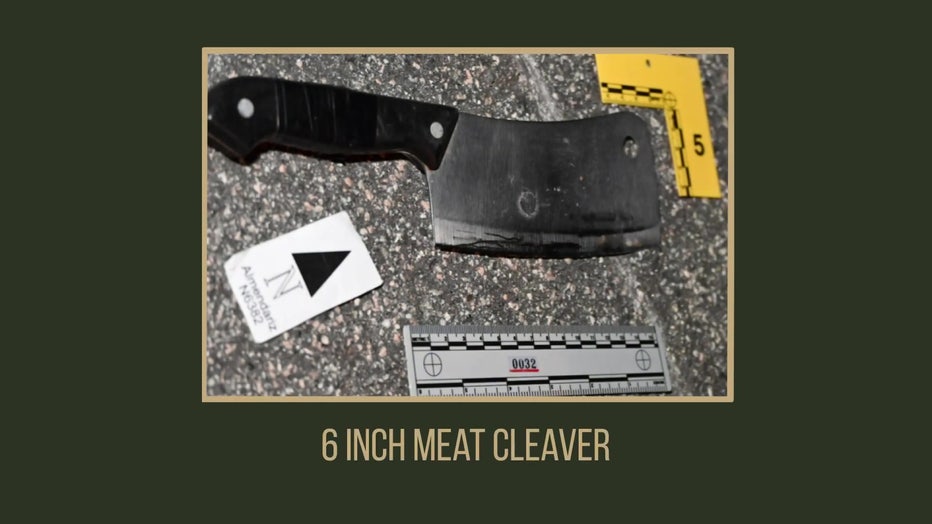 The department found a six-inch meat cleaver at the scene of the shooting, and identified it as the weapon Wallis is accused of having pulled out of his pocket before he was shot.

As is required by law, the Riverside County District Attorney's office is investigating the shooting, along with assistance from the Sheriff's Department's Force Investigation Detail and the Central Homicide Unit.

No other information about the shooting, or the deputy involved, was immediately available.

The full video report from the Riverside County Sheriff's Department can be viewed here, as well as in the video player below.