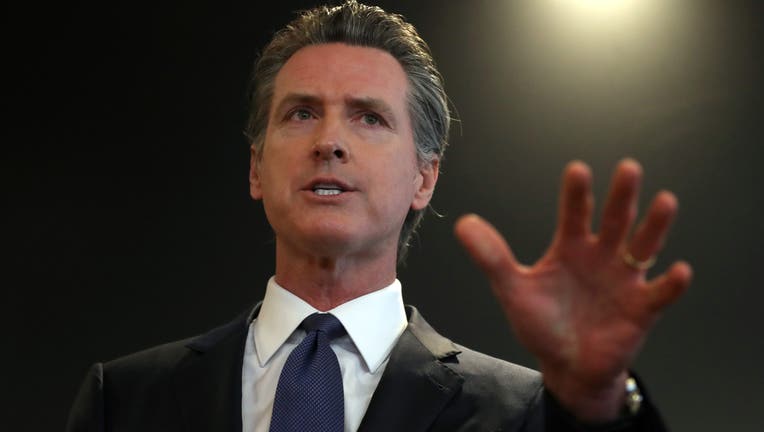 "I’m all for it," the Democratic governor said in response to a question about his stance on both options, before quickly changing the subject.

"That’s not my focus right now. My focus, candidly, is on you and your family, as it relates to issues associated with getting us through this very challenging wave in this pandemic," he said, referencing the effort to vaccinate California’s nearly 40 million residents against the coronavirus.

Newsom’s approval of removing Trump put him in line with U.S. House Speaker Nancy Pelosi of California. The House will begin debate Wednesday on an impeachment resolution charging Trump with "incitement of insurrection."

RELATED: California governor: Trump is 'corrupt,' should be removed

While California has been at odds with the Trump administration since the Republican took office in 2017, Newsom has carefully chosen his words during the pandemic to avoid Trump’s ire, often praising his administration for providing resources. He originally declined to answer a question about removing Trump when asked last week.

Meanwhile, the California Assembly passed a resolution calling for Trump’s resignation or removal. Assemblyman Chad Mayes, a former Republican leader who left the party in 2019 to become an independent, introduced the resolution.

"This American carnage lays at the feet of only one person," he said. Mayes said reconciliation and healing must come after "accountability and repentance."

The Democratic-led chamber approved the measure by a vote of 51-6. All six people voting against it were Republicans. But the majority of Republicans, including Republican Leader Marie Waldron, did not vote.

Assemblyman Devon Mathis, a Republican who voted against the measure, said "the 25th Amendment timeline simply is not there." He criticized his colleagues for focusing on Trump and said their attention should be on the pandemic and other state issues.

"The first thing we do on the floor in California is throw a political punch at a lame duck. I think that’s lame," he said.