Biden speaks on his son, Ukraine and China

WILMINGTON, Del. (AP) - The Justice Department’s investigation scrutinizing Hunter Biden’s taxes has been examining some of his Chinese business dealings, among other financial transactions, a person familiar with the matter told The Associated Press on Wednesday.

The investigation was launched in 2018, a year before his father, Joe Biden, announced his candidacy for the presidency, but it isn’t clear which entities might be tied up in the probe. Hunter Biden has a history of international affairs and business dealings in a number of countries. The revelation puts a renewed spotlight on the questions about his financial dealings that dogged his father’s successful White House campaign.

Federal investigators served a round of subpoenas on Tuesday, including for Hunter Biden, according to another person familiar with the investigation who spoke on condition of anonymity to discuss an ongoing probe. The tax investigation centers on his business dealings, the person said.

Investigators did not reach out in the weeks prior to the election because of a Justice Department policy surrounding elections that prohibits overt investigative acts, one of the people said.

In a statement released by the president-elect's transition office, Hunter Biden said he learned about the investigation on Tuesday, but he did not disclose specifics about what was being scrutinized.

“I take this matter very seriously but I am confident that a professional and objective review of these matters will demonstrate that I handled my affairs legally and appropriately, including with the benefit of professional tax advisors,” he said in a statement.

He has long been a target of President Donald Trump and his allies, who have accused him of profiting off his political connections. Trump and his supporters also raised unsubstantiated charges of corruption related to Hunter Biden's work in Ukraine at the time his father was vice president and leading the Obama administration's dealings with the Eastern European nation.

The disclosure of the federal investigation, led by the U.S. attorney's office in Delaware, comes at an awkward moment for the incoming president, who is assembling his Cabinet. His pick for attorney general could have oversight of the investigation into the new president's son if it is still ongoing when Biden is sworn in on Jan. 20.

The transition team said in a statement: “President-elect Biden is deeply proud of his son, who has fought through difficult challenges, including the vicious personal attacks of recent months, only to emerge stronger."

The probe could also add to the scrutiny of Biden’s handling of China. Trump took a tough line on China during the campaign as he tried to deflect blame for the coronavirus and accused Biden of being weak. Biden has rejected this, saying that unlike Trump, he would rebuild global coalitions to check China’s power. 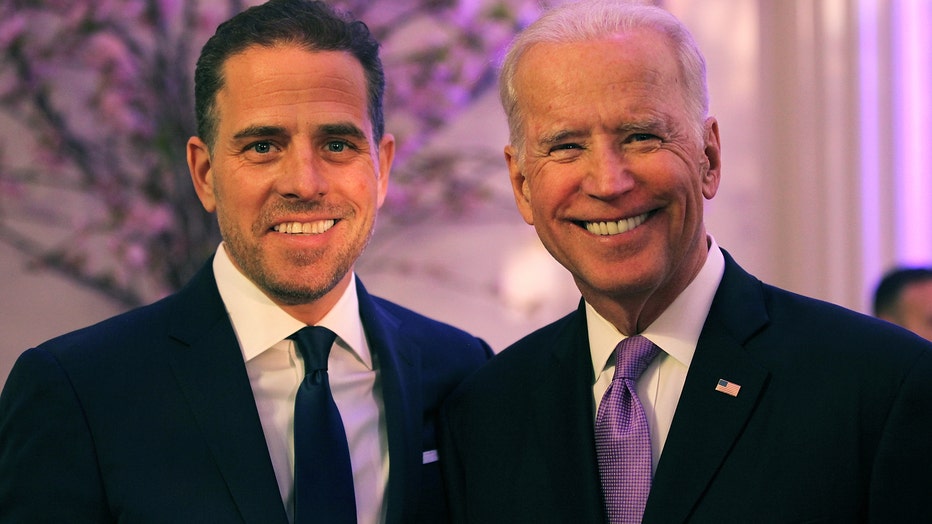 Biden’s younger son has been caught up in controversies before. While his father was vice president, Hunter joined the Naval Reserve only to be discharged after testing positive for cocaine in his system, later revealing a yearslong struggle with addiction.

He also joined the board of Ukrainian energy company Burisma in 2014, sparking concerns about the perceptions of a conflict of interest given the elder Biden was deeply involved in U.S. policy toward Ukraine. A Republican-led Senate investigation did not identify any policies that were directly affected by Hunter Biden’s work.

In the weeks before the election, Trump supporters used the existence of a laptop they said was connected to Hunter Biden — and the emergence of someone who maintains he had business discussions with him — to raise questions about Joe Biden’s knowledge of his son’s activities in Ukraine and China. The president-elect has said he did not discuss his son’s international business dealings with him and has denied having ever taken money from a foreign country.

The laptop surfaced publicly in October when The New York Post reported on emails that it said had come from Hunter Biden’s laptop and that it said it received from Rudy Giuliani, Trump’s personal lawyer.

A third person familiar with the matter said the tax investigation does not have anything to do with the laptop. Like the other people who spoke to the AP, the person was not authorized to discuss the matter publicly and spoke on condition of anonymity.

In a CNN interview last week, President-elect Biden addressed the business dealings of his son Hunter and his brothers, pledging that they would avoid any perceived conflicts of interest during his time in office.

“My son, my family will not be involved in any business, any enterprise that is in conflict with or appears to be in conflict, where there’s appropriate distance from the presidency and government,” Biden said.