Tarzana couple on the run

The FBI's hunt continues for a Tarzana couple who allegedly cut their ankle tracking bracelets and went on the run while awaiting sentencing for their roles in an $18 million COVID-19 relief fraud case.

LOS ANGELES - The FBI's hunt continues Tuesday morning for a Tarzana couple who allegedly cut their ankle tracking bracelets and went on the run while awaiting sentencing for their roles in an $18 million COVID-19 relief fraud case. 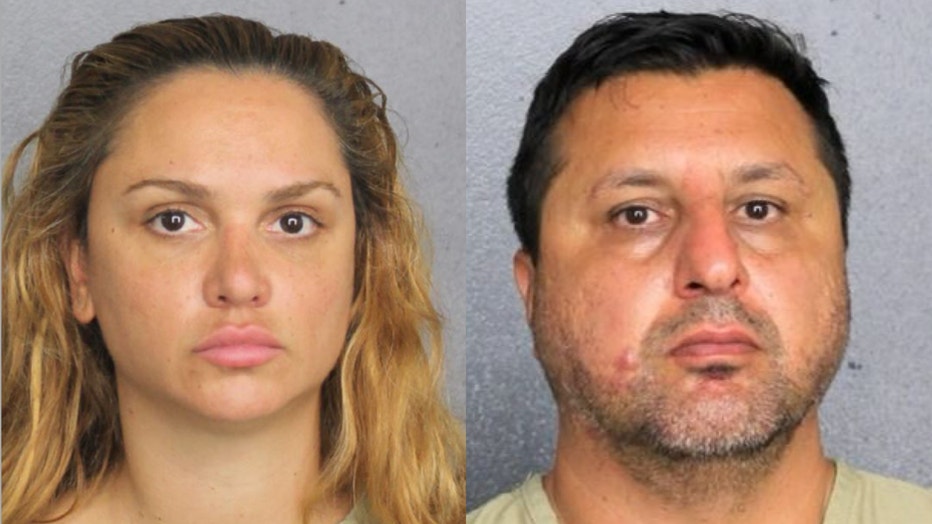 Facing the possibility of years behind bars, Richard Ayvazyan and his wife and co-defendant Marietta Terabelian removed their location monitoring devices and absconded from pretrial supervision together on Aug. 29, according to the FBI.

RELATED: LA couple on the run after being convicted in $18M COVID-19 relief fraud

Newly issued FBI wanted posters for the pair state that Ayvazyan "is known to abuse drugs." Terabelian has worked in the past at a children's hair salon, the document shows.

The couple drive a white 2004 Toyota Camry with California license plates 5JYK335, according to the FBI.

Ayvazyan, 43, Terabelian, 37, and two relatives were found guilty in June of scheming to submit fraudulent loan applications under which they and others obtained more than $18 million in Paycheck Protection and Economic Injury Disaster Loan program funds they used to put down payments on luxury homes in Tarzana, Glendale and Palm Desert and purchase jewelry and other high- end items.

They were scheduled to be sentenced on Oct. 4.

Prosecutors filed papers Monday requesting sentencing enhancements for the alleged escape from supervision and because many of the scheme's victims were considered "vulnerable."

Ayvazyan "victimized elderly persons (including those with disabilities), deceased persons, and foreign exchange students who had spent only a few months in the United States years ago and now lived thousands of miles away in a foreign country," federal prosecutors wrote.