Hundreds gathered in Rancho Cucamonga to remember Lance Corporal Dylan Merola, who was one of 13 U.S. service members killed in the Kabul airport attack.

The service members were from three military branches and included one Army Soldier, 11 Marines, and one Navy Corpsman.

The vigil was organized by the City of Rancho Cucamonga and Los Osos High School, where Merola attended. It was held at Central Park's Freedom Courtyard in Rancho Cucamonga at 7 p.m. Loved ones of Merola spoke at the vigil, including his mother, Cheryl Rex.

"Dylan always had a smile on his face and loved everyone with the most loving and caring heart. He was the kindest person anyone had ever met," said Rex.

Rex said her son always wanted to be a U.S. Marine.

"Ever since he was a young child, he would watch the military channel, wear military attire and wanted nothing more than to become a Marine," she added. "The day Dylan stood in front of my face and said the recruiter is coming to the house to sign those papers was when reality hit me that my baby boy was 18 years old and the time had come to do what he always wanted to do, becoming a United States Marine," said Rex.

Rex expressed what she wanted to tell her son at that moment at the vigil. 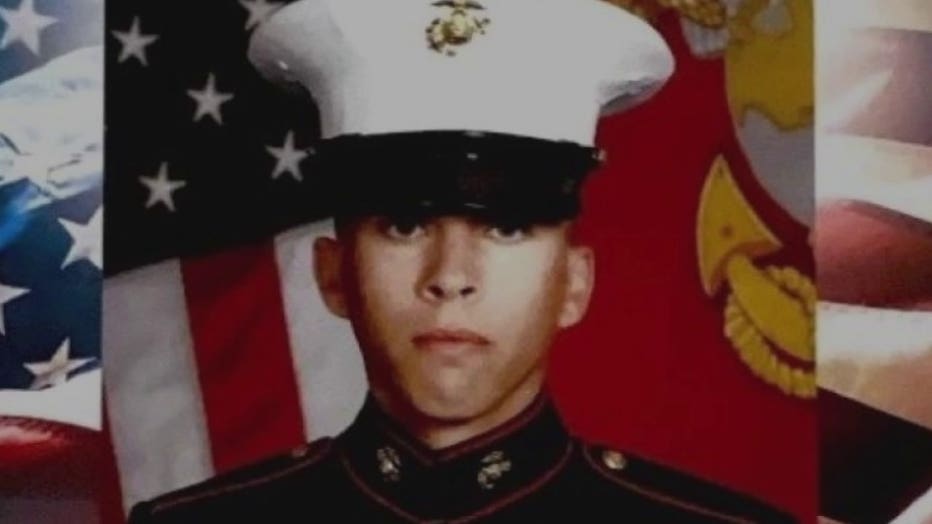 "I love you, son, and I can't imagine living this life without you in it. You have touched the lives of so many people doing exactly what I know you wanted to do, make a difference in this world," said Rex.

Randy Shorts, one of the drama teachers at Los Osos High School, who had Merola as a student and as an aid in his classroom, also spoke at the vigil.

"Dylan told him [a colleague] he wanted to join the  Marines because he wanted to learn discipline and he wanted to make a difference, and as I hear about thousands of people able to leave Afghanistan safely and I look around tonight, I think Dylan made a difference," said Shorts.

The Department of Defense shared the names of those killed, including 10 service members assigned to Marine Corps Base Camp Pendleton and three service members from Riverside and San Bernardino counties: