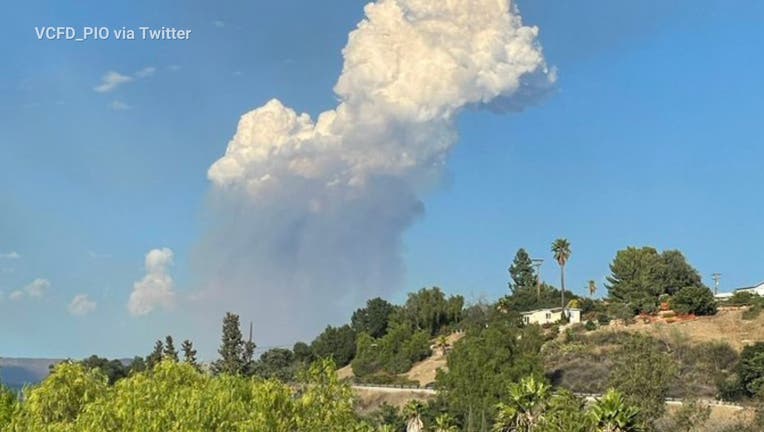 OJAI, Calif. - A fire burning in Los Padres National Forest in Ventura County has burned more than 80 acres as of Saturday evening, according to officials.

The Howard Fire was originally reported around 4 p.m. Saturday. Officials estimate the blaze has burned between 80 and 85 acres as of Saturday evening. While officials have not announced any containment numbers, Ventura County Sheriffs say crews "have made significant progress in surrounding the perimeter."

Fire crews from Los Padres National Forest are leading the fire fight. Smoke could be seen from the Ojai and Ventura area Saturday afternoon.

According to the Ventura County Sheriff's Department, campers and hikers in the area have been evacuated, but the fire is burning in a remote area and no structures are threatened.

More information on the Howard Fire can be found on the Ventura County emergency website here.