How high interest rates are impacting the housing market

The feds announced another aggressive rate hike — the third consecutive increase of three-quarters of a percentage point and the sixth rate hike this year alone. Lawrence Yun, chief economist with the National Association of Realtors, discusses its impact on the housing market.

LOS ANGELES - During the height of the COVID-19 pandemic, the Federal Reserve kept interest rates historically low, and this meant a home buyer could borrow money at an incredibly low rate.

"It has completely changed," Lawrence Yun, chief economist at the National Association of Realtors (NAR), told FOX Television Stations. "The mortgage rates have more than doubled and it’s limiting the homebuyers’ ability to take out a mortgage."

The feds recently announced another aggressive rate hike — the third consecutive increase of three-quarters of a percentage point and the sixth rate hike this year alone.

It’s a streak that has made mortgages and other consumer loans increasingly expensive and heightened the risk of a recession. 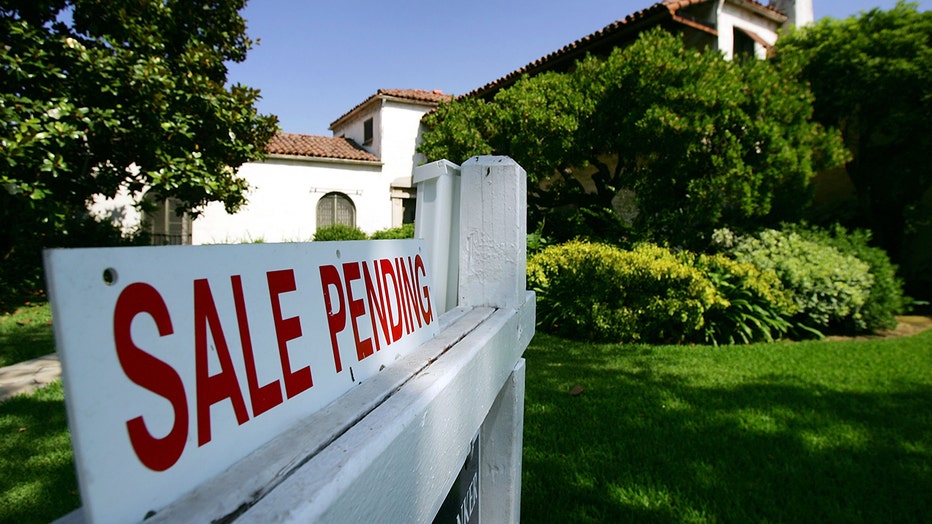 A house is seen with a "For Sale" sign on it on July 25, 2005 in Pasadena, California. (Credit: David McNew/Getty Images)

"Interest rates have increased at the fastest rate in four decades and they are at 20-year highs. As a result, the interest rate-sensitive sectors of the economy such as housing, autos, appliances, furniture, etc. have materially declined," Sam Khater, vice president and chief economist of Freddie Mac's Economic and Housing Research Division, told FOX.

The average rate on a 30-year fixed mortgage — which was just 3.14% a year ago — surpassed 7% late last month, mortgage buyer Freddie Mac reported, the first time in two decades.

According to new data released Friday by the NAR, the monthly mortgage payment on a typical existing single-family home with a 20% down payment was $1,840 – up 50% year-over-year.

And, consequently, the mortgage rate, which is the lifeblood of most home purchases, has quickly reduced the pull of eligible buyers.

"It’s certainly having its impact on the housing market, there’s no question about that," Jon Grauman, a founder and agent at the Grauman Rosenfeld Group in Beverly Hills, California told FOX.

Grauman and other experts note the rise in rates has also reduced the number of home sales on the market.

According to the NAR, sales of previously occupied U.S. homes fell in September for the eighth month in a row, matching the pre-pandemic sales pace from 10 years ago.

But even though the number of sales has decreased as mortgage rates have surged, experts say home prices are still rising or holding steady in many parts of the United States.

"A lot of people think interest rates are going up so housing prices are going to fall off a cliff. That’s actually not what’s happening," Grauman explained.

The difference this time around, Grauman notes, is a supply and demand issue.

Sellers are less motivated to sell in an economy with higher interest rates, so with so few properties on the market, experts say this is helping push home prices higher, even in a slowing market.

How interest rates are affecting the housing market

Jon Grauman, founder and agent at the Grauman Rosenfeld Group discusses the impact of interest rates on the housing market. He also discusses his role in the new Netflix series 'Buying Beverly Hills.'

"Even though there are less transactions happening, we haven’t really seen much of a dip in home values, and frankly, I don’t anticipate that we are going to," Grauman continued.

But as the market transitions, most experts agree that the strength of the housing market in 2023 will depend on next year’s mortgage rates.

If mortgage rates begin to decline next year, Yun believes we will see an increase in homebuyers who want to get back into the market. But, if mortgage rates continue to remain elevated, this will lead to more sluggish market conditions and slowing sales.

Khater’s sentiment is similar noting if the economy falters in 2023 due to the higher rate environment, this will weaken the housing market even more.

Federal Reserve raises interest rate by three-quarters of a point

"Changes in interest rates have long and variable lagged impacts on the housing market. The housing market has still not felt the full impact of the most recent increases in rates during the last couple of months, so I expect home sales and home prices to remain weak throughout 2023," Khater continued.

One thing that may not change much in 2023 is the U.S.‘s rising home prices due to the economy’s limited supply of inventory.

"Right now, I think the market is still trying to find its footing - it’s literally shifting beneath our feet," Grauman said, adding, "What people have been waiting on is this, sort of, wave of new inventory to help balance the market, and I hate to be the bearer of bad news, it’s not coming."