How much does a divorce cost?

Going through a divorce can be incredibly difficult, no matter the reason. And the financial cost varies widely depending on the circumstances.

Going through a divorce can be incredibly difficult, no matter the reason. It often brings on feelings of grief over the end of a marriage, and for many, anxiety about the unknowns of the future.

Emotions aside, the financial cost of divorce can also vary widely — depending on the couple’s circumstances. 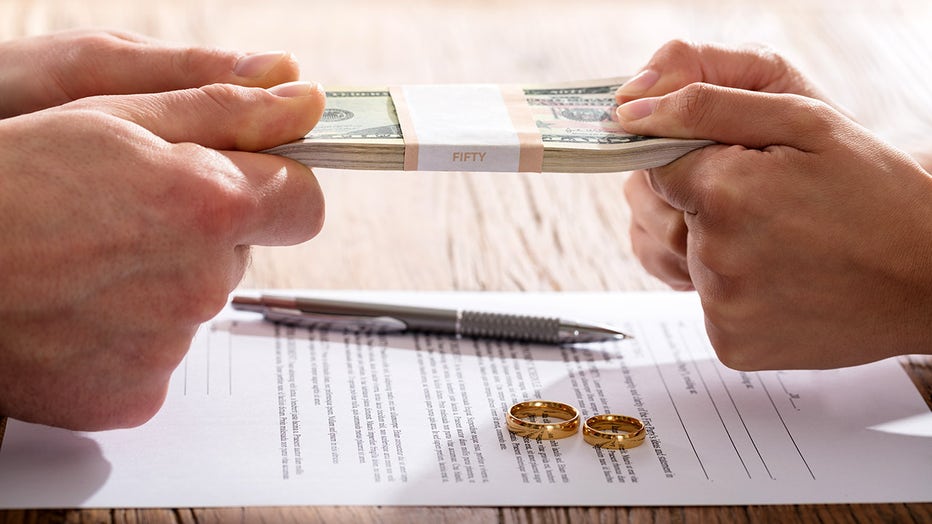 "I think one of the big misconceptions is that it’s always expensive because people hear these horror stories," Elizabeth Gjelten, a legal editor for Nolo.com, told FOX Television Stations. "Often it’s because they’re hearing about celebrities and stuff like that. And yes, it can be really expensive, but it doesn’t have to be."

The biggest factor in cost is whether the spouses have a "contested" or "uncontested" divorce, Gjelten said.

An uncontested divorce is where both parties agree on all issues in the divorce, including the division of marital property and debts, child custody, child support, and spousal support — what’s known as "alimony."

Nolo.com, a publisher of do-it-yourself legal books, articles, and services, conducted a 2019 national survey of people who had been through a divorce via its research arm, Martindale-Nolo.

It found that the median total divorce costs with a full-scope attorney were $7,000, although these couples typically had more complex cases and disputes. Those who didn’t hire a divorce lawyer had a median cost of about $300, according to the survey.

A closer look: The cost of divorce with a lawyer

Nolo’s survey found that the national average hourly rate for divorce lawyers in the U.S. was $270. A separate Martindale-Nolo study on hourly rates reported by U.S. family lawyers showed the highest rates in large cities on the coasts, and not surprisingly, the rates were higher for more experienced attorneys.

But the hourly rate is just the first part of a final bill. The number of hours a lawyer will need depends on the complexity of the situation, and the ability of the spouses to reach a settlement on issues.

The majority of survey respondents who hired a divorce lawyer had the attorneys handle the entire case, known as "full-scope" representation. The average cost of this was $11,300 in total attorneys’ fees, and the median amount was $7,000, according to Nolo’s findings.

Other expenses for a divorce lawyer can include filing fees and court costs, child custody evaluators, real estate appraisers, tax advisors, and other experts. Those in Nolo’s survey who had divorce lawyers paid an average of $1,480 for such costs, while the median for these expenses was $500.

Gjelten stressed how the number of contested issues in the divorce, and whether couples reach a settlement or go to trial on certain issues, can make a big difference on the final attorney bill.

Do I need a lawyer for divorce?

Many couples go through the divorce process without the need for an attorney. However, some circumstances may warrant hiring a lawyer.

If a spouse has already hired an attorney, the other should do the same to level the playing field. Divorces in which one side has an attorney and the other doesn't often result in the unrepresented party walking away without a fair deal, Nolo says.

Also, each U.S. state has different requirements for divorce, so some may consider consulting with a family law attorney if they need help with interpreting statutes and completing legal paperwork.

"When there is a power imbalance and/or violence between partners, a fair negotiation can become impossible," Nolo says on its website.

There are several legal resources online for victims of such abuse, including WomensLaw.org, which offers state-by-state information about laws including protective and restraining orders and child custody laws.

The Legal Services Corporation is a nonprofit established by Congress in 1974 that provides financial support for civil legal aid to low-income Americans. 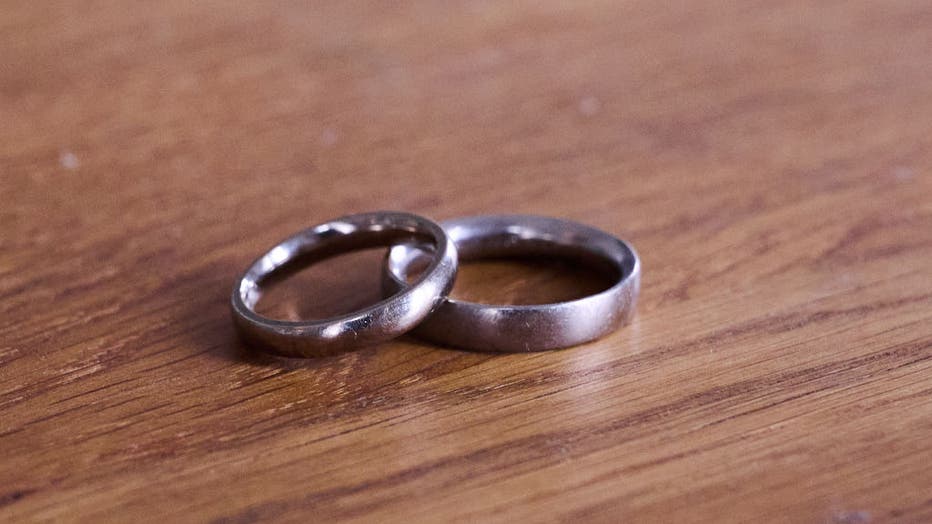 FILE - A pair of wedding rings lie on a wooden table. (Photo by Annette Riedl/picture alliance via Getty Images)

How much does it cost to get a divorce without a lawyer?

Divorce without a lawyer can significantly bring the costs down. On average, the survey found that those who handled their own divorce paid a total of $1,170 in costs, and the median amount — the more typical cost — was only $300, according to Nolo.

Many of the respondents in this group had no contested issues in their divorce.

Gjelten noted how such a method, sometimes referred to as a DIY divorce that’s uncontested, will really only result in the court's filing fee for the divorce petition or response, which can range from about $100 to more than $400 depending on the state.

"Everybody thinks divorce is always going to be some big nightmare that’s expensive, and it really doesn’t have to be," Gjelten said.

Depending on the situation and where the spouses live, they may also have to pay smaller fees for hiring a process server to serve the divorce papers or obtaining a certified copy of the divorce decree.

Mediation can help save couples money, compared with traditional divorce proceedings. It’s an informal and flexible process in which a neutral third party helps the opposing parties come to an agreement.

Nolo lists several examples of when this process may be used:

These costs can vary widely, based on whether couples use private mediation or court-sponsored mediation. Nolo says private divorce mediation costs can range between $3,000 and $8,000 with spouses splitting the bill.

Court-sponsored mediation services are free, low-cost, or adjusted based on income — but typically, such programs only cover mediation costs related to child custody issues, according to Nolo.

Meanwhile, several online divorce services exist to help couples navigate the process. These services, which are legal and comparatively cheaper, can help with the divorce forms needed, how to fill them out properly, and knowing where to file them.

Cost of divorce in...

Some states are more expensive than others when it comes to divorce.

California, Connecticut, Florida, Texas, and New Jersey rounded out the top five states with the highest divorce filing fees and average divorce attorney fees, according to GoBankingRates.com, which analyzed data from DivorceWriter.com and Lawyers.com in 2020 to find the average costs for all 50 U.S. states.

How much does a wedding cost?

Zola's director of communications shares how much U.S. couples are spending, on average, for weddings, and what they're most willing to splurge on.

A report published last year by the Census Bureau shared similar data on marriage and divorce rates between 2006 to 2016. By 2016, the median age for someone’s first marriage had risen approximately two full years since 2008 — to age 30 for men and 28 for women.

In general, the data show that fewer U.S. adults are getting married, they’re waiting longer to do so, and once they say "I do," fewer are getting divorced, the Census Bureau says.

RELATED: Atlanta ranked as one of 'Most Unfaithful Cities' in US, per dating site