LOS ANGELES - Just as Vice President Michael Pence was responding to an issue about the military, a fly made a soft landing right on top of Pence’s head. And, almost immediately the internet exploded with people turning the little critter into a superfly!

Memes showed superfly, Karate Kid Fly, and the Big Winner Fly. There was an image of the late justice Ruth Bader Ginsburg saying she sent the fly… and there were talking flies with moving lips.

“I was completely distracted says a college student named Matt who decided the fly needed even more attention, so he set up a Twitter account for @Michaelsfly!

“I wasn’t anticipating anything big to come out of it I just wanted to make people laugh. I think right now I’ve got about 25,000 followers… and one of my first tweets is reaching 80,000 likes,” Matt said.

Kim Noonan, a teacher, watched the debate and said the fly made him smile. After all, as he put it, “It humanizes things, absolutely.”

“I hope it doesn’t take away from the real issues,” Noonan stated.

Then there’s sculpture artist L.T. Mustardseed who has two giant Dragonflies sitting on her front yard. She called the Pence/fly moment a light one as did others we spoke with.

Finally, as we took a swat at this story, we discovered the Biden-Harris website ran out of flyswatters, but they still had plenty at Highland Park Hardware. 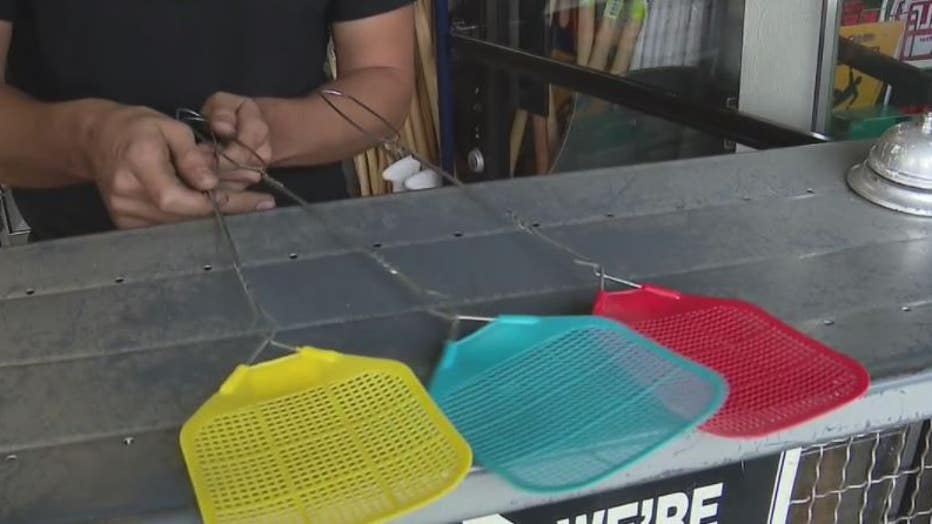 And, so on this day after the big debate it may not be that there’s been an appreciable increase in the sale of flyswatters, but things have really been SOARING… FLYING HIGH… when it comes to social media memes.