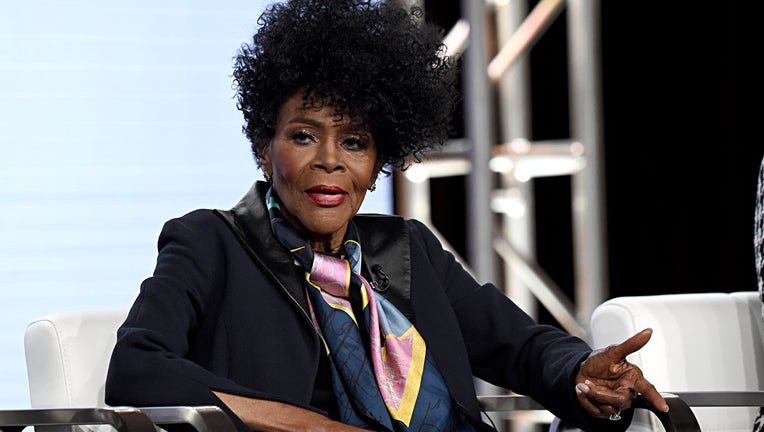 Cicely Tyson of 'Cherish The Day' speaks onstage during the OWN: Oprah Winfrey Network portion of the Discovery, Inc. TCA Winter Panel 2020 at The Langham Huntington, Pasadena on January 16, 2020 in Pasadena, California. (Photo by Amanda Edwards/Gett

Cicely Tyson continues to prove that age is nothing but a number as she celebrated her 96th birthday Saturday.

The actress has enjoyed decades in the industry earning several honors, nominations and awards including an honorary Academy Award. She’s known for her various roles in "The Autobiography of Miss Jane Pittman," "Fried Green Tomatoes" and most recently "A Fall From Grace" on Netflix.

In November 2016, she received the Presidential Medal of Freedom. In 2020, she was inducted into the Television Hall of Fame.

Tyson was born in New York City in 1924. Raised in Harlem, Tyson started out as a model and theater actress, eventually landing a role in the film "The Heart Is a Lonely Hunter" in 1968. Her pursuit of acting caused a rift with her mother, who disapproved, but Tyson said she was her "motivating force."

"I was determined to prove her wrong," Tyson previously told the Associated Press.

"I come from lowly status. I grew up in an area that was called the slums at the time," Tyson explained. "I still cannot imagine that I have met with presidents, kings, queens. How did I get here? I marvel at it."

The star posted thanks on Twitter to many colleagues who paid tribute to her on social media.

"Happy 96th birthday!! 96 and still as sharp and as beautiful as ever," wrote media mogul Tyler Perry.

"I thank God for creating this beautiful, courageous and bold being 96 years ago," wrote actress Viola Davis.