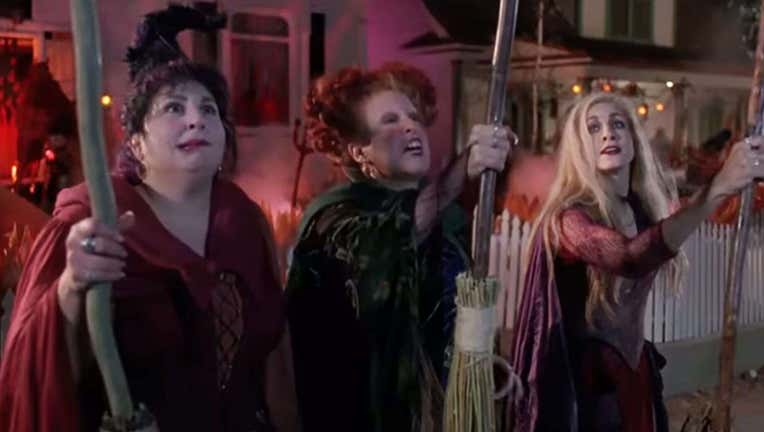 Get excited, Disney fans: "Hocus Pocus 2" and the sequel to "Enchanted" are both officially in the works!

Variety reports that director Adam Shankman will be at the helm for both films, which he confirmed in a post on Instagram.

"Thanks with all of my heart dear @disney," Shankman wrote in the caption, with a photo showing the titles of both movies. "Looks like [I'll] be working on a looooooottttt of magic for awhile."

Shankman is best known for directing "Hairspray," "Step Up" and "A Walk to Remember." He's also worked as a choreographer and was a judge on the reality show "So You Think You Can Dance."

According to Variety, "Hocus Pocus 2" will be released on Disney's streaming service, Disney Plus. Though the original cast of Bette Midler, Sarah Jessica Parker and Kathy Najimy has not been confirmed, Disney is reportedly hoping they will be involved. All three actresses have previously expressed an interest in returning to the roles.

The "Enchanted" sequel, tentatively titled "Disenchanted," is currently in pre-production and is also set to be released on Disney Plus, People reports.

"I feel incredibly honored and humbled to be guiding forward these two Disney crown jewel legacies," Shankman wrote. "My only hope is to honor those who came before me and build something new and exciting, as I desperately try to not let down the fans and enchant the new initiates!"