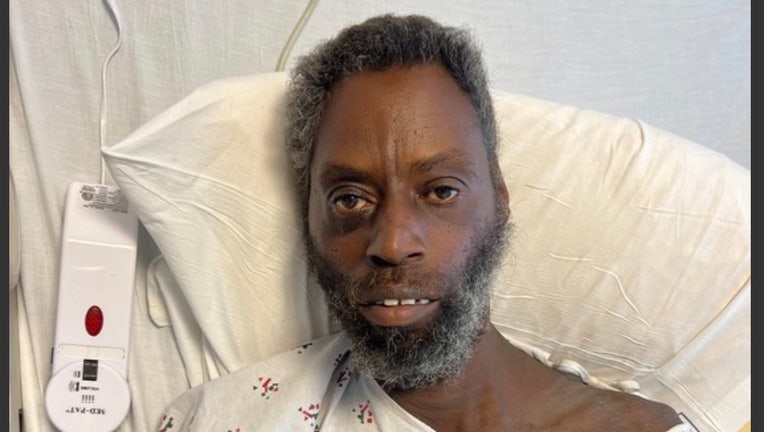 Authorities are looking for the family of a man who identifies himself as Jerry Armstrong.

LOS ANGELES - Authorities sought the public’s help Tuesday identifying a patient at the LAC + USC Medical Center who has been hospitalized for two weeks.

The patient identifies himself as Jerry Armstrong and said he was born on December 9, 1963. However, he did not have any identification on him when he was found by paramedics near the intersection of West Third Street and South Pacific Avenue in San Pedro.

He was described by health officials as an African American man who is 5 feet 10 inches tall, weighs 168 pounds with a large build, and has black hair with hints of gray and black eyes.

Anyone who recognizes him is asked to contact Ileana Galvez at LAC+USC Medical Center Department of Social Work by calling 323-409-4295.