A 22-year-old Elkhorn man is dead after being shot by a 32-year-old Hartland man at the Pilot truck stop in the Village of Caledonia.

FRANKSVILLE, Wis. - A 22-year-old Elkhorn man is dead after being shot by a 32-year-old Hartland man at the Pilot truck stop in the Village of Caledonia on Tuesday morning, July 13.

The suspect is also dead after exchanging gunfire with an undercover officer at another gas station down the road – just a short time later.

Racine County Sheriff Christopher Schmaling laid out basic details of this incident during a news briefing. He said around 7:30 a.m., the Hartland man approached the Elkhorn man who was just putting gas into his vehicle – and "viciously executed" the person, officials said.

"Our thoughts and prayers go out to the family. I cannot imagine the pain and the suffering they're experiencing," Schmaling said. 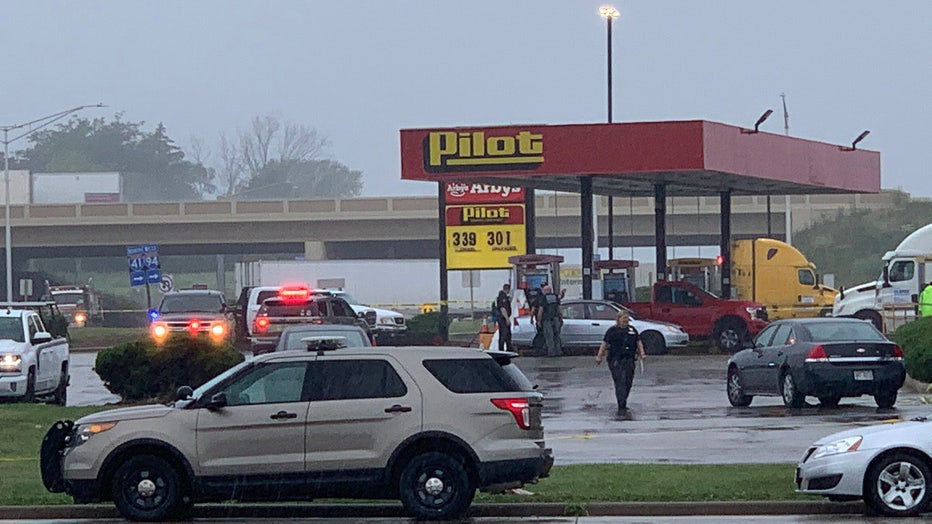 The suspect then shot at another citizen at the Pilot station as that person was driving through the parking lot. That person was not hurt.

Officials say the suspect then left the Pilot gas station and headed eastbound on Highway K at a high rate of speed. A short time later, he pulled into a Mobil gas station, also in the Village of Caledonia.

The investigator was also struck by gunfire from the suspect. He is listed as conscious and alert. 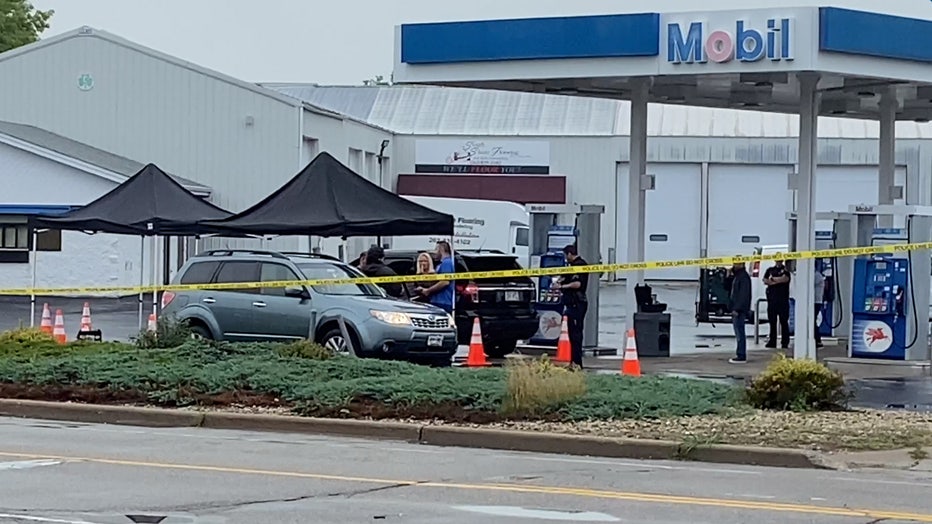 "There is no doubt in my mind the quick and heroic actions of our investigator saved lives today," Schmaling said.

The Wisconsin Department of Criminal Investigation (DCI) will lead the outside investigation into this incident. The Racine County Sheriff's Department and Caledonia Police Department will be assisting.

"I am asking for our community to pray for the loss of life that we sustained as a community today. I'm also asking for you to pray for our investigator who is receiving emergency medical care at this very moment," Schmaling said.

"What happened here today in Caledonia was a horrific incident and our hearts go out to the family of the victims," said Caledonia Police Chief Chris Botsch. "It’s important to know that law enforcement is out there doing their job on a daily basis to try and prevent these sorts of things and to try and make these incidents… keep them from getting worse."

Racine County officials offer an update on the active scenes at two gas stations in the Village of Caledonia.

Cathy Hansen, a former Milwaukee police officer, moved to rural Racine County for a change of pace eight years ago.

"We just heard a bunch of sirens. Ambulances, squad cars. It’s very unusual for our area because this is a very quiet area," Hansen said. "You move out of the city, to come to the suburbs, to think that it’s a nice quiet area to live and then this happens in your backyard. And now everybody’s wondering what happened."

In the town he has always known, Jeremy Werner said it is a sight he never thought he'd see.

"It's very hard to digest. On most mornings...I'm probably over there three, four mornings a week," said Werner. 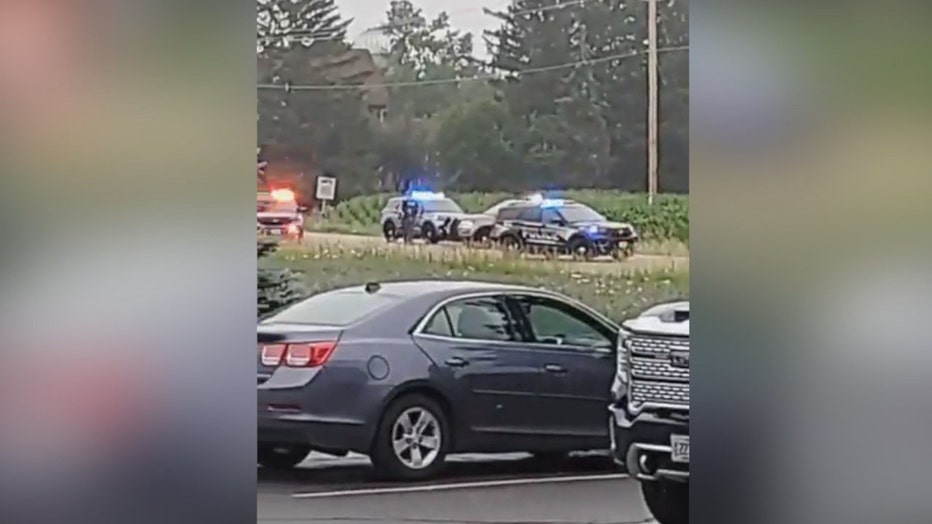 A business breakfast at The Meadows Family Restaurant halted when dozens of first responders converged on the Mobil station across the street. Werner pulled out his cell phone to record the scene.

"You knew then it was something big, and it was a sense of…that there was definitely something bad that had happened," Werner said.

"Today’s events once again shows an off-duty Racine-area law enforcement officer going above and beyond to protect the public. This deputy’s quick action undoubtedly prevented future violence and saved lives through his heroism today.

"For too long, too many public officials have been treating car thefts as just a passing phase. It is past time that our criminal justice system start taking car thefts and carjacking seriously. My heart goes out to the family of today’s victim of horrific violence. I ask that you keep the victim, his family and the Racine deputy in your thoughts and prayers."

"We are reminded that the men and women of the Racine County Sheriff’s Office risk their lives each time they put that uniform on. Our Racine County employees are like a family and when one hurts, we all hurt. Our thoughts are with the Investigator as he recovers.

"Sadly, there was a loss of life during today’s incident and my deepest condolences go out to the family, friends and loved ones of the victim. This was a senseless act of violence that tragically took the life of an innocent person. I cannot imagine what his family is going through but we stand with them through this difficult time."

"We are cooperating fully with local authorities."