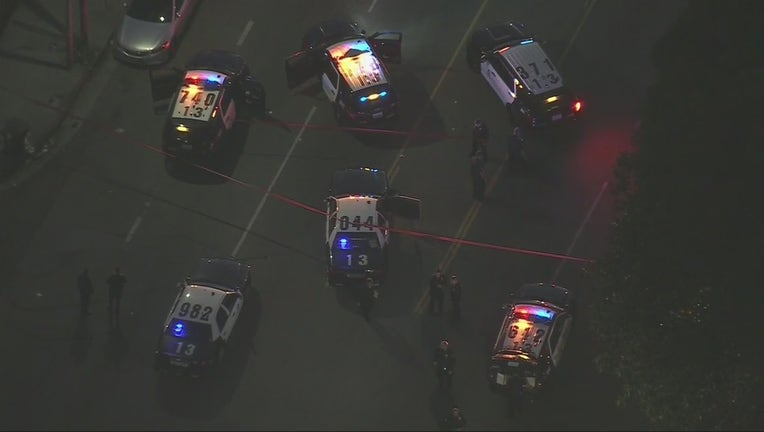 LOS ANGELES - A man who allegedly pointed a firearm at traffic in South Los Angeles on Tuesday night was hospitalized after he was struck by police gunfire.

Newton Division officers responded to a radio call just before 7:10 p.m. which indicated a man armed with a handgun was pointing the firearm at vehicles at the intersection of San Pedro Street and East Martin Luther King Jr. Boulevard.

The name of the suspect was not released.