Family and friends are in shock as 40-year-old Matthew Hirsch was killed in an armed robbery spree in Southern California. Officials are still searching for the suspect.

BREA, Calif. - Family and friends are in shock as they remember Matthew Hirsch, a 7-Eleven store clerk who was killed in a series of robberies across Southern California.

On July 11, the 40-year-old store clerk was shot and killed in an armed robbery at the 7-Eleven on Lambert Road and N. Brea Boulevard around 4:18 a.m., police said.

Hirsch died at the scene.

"It’s senseless, it doesn’t make any sense at all," said Hirsch’s girlfriend Kristen.

Authorities say the suspect who robbed and killed Hirsch is tied to at least five other 7-Eleven robberies that happened that night.

The first robbery happened just after midnight in Ontario at the 7-Eleven located at 636 N. Vine Ave. About 40 minutes later, another robbery occurred at the 7-Eleven on 2410 W. Arrow Route in Upland.

No one was hurt in the first two incidents.

But then things took a turn for the worse. Just before 2 a.m., another armed robbery was reported at a 7-Eleven on La Sierra Avenue in Riverside.

According to police, a customer was shot in the head inside the convenience store and remains in grave condition. There is no indication the customer did anything to intervene in the robbery but was still shot by the suspect, police said.

RELATED: 7-Eleven robberies: Manhunt on for gunman who killed 2 in 6 incidents across SoCal

24-year-old Matthew Rule was found dead in the parking lot, suffering from a gunshot wound to his upper torso.

Investigators say the store was closed, so the gunman robbed Rule then killed him. 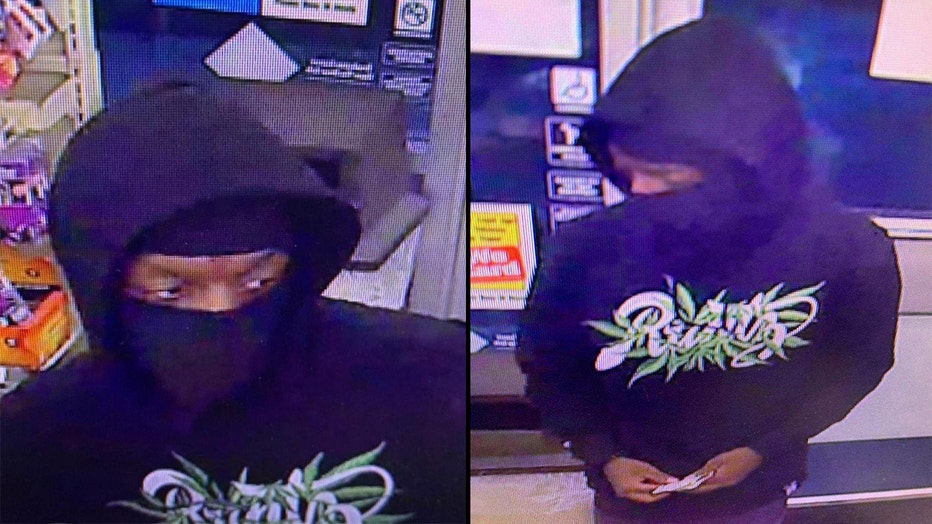 Suspect wanted in the fatal shooting of an employee at the 7-Eleven on Lambert Rd and N. Brea Blvd in Brea. (Credit: Brea Police Dept.)

About an hour later, the suspect strikes again... this time at a 7-Eleven in Brea. Store clerk Matthew Hirsch was killed.

And just before 5 a.m. in La Habra, the robber shoots the store clerk and another man; both are expected to survive.

"This gun violence really has to stop. They could have the money but don’t hurt my baby. Don’t hurt Matthew. He was such a good person. This has gone on too long, too much. I don’t know what we can do to stop this," said Barbara.

"He was a beautiful person. The Lord has another angel in Heaven," she added.

Hirsch was known as the caretaker among his family and friends. They say he was funny and touched so many lives.

"He might have been the shortest guy in the room, but he was always goofy. And if he needed you needed an extra push or text every morning, he would always reach out," said his friend Adriana Anderson.

A GoFundMe account has been set up to help Hirsch's family.