What are greenhouse gases?

The U.S. Environmental Protection Agency defines greenhouse gases as those that trap heat in the atmosphere.

Vice President Kamala Harris will announce the Environmental Protection Agency's $500 million Clean School Bus rebate program for schools to replace old diesel buses with electric and low-emission ones during a visit to a Virginia school Friday, the White House said in a news release.

Harris will be at Meridian High School in Falls Church, Virginia, for the event along with school Administrator Regan Merritt, manufacturers, educators and students, the release said.

"The vice president has led on this issue for many, many years as a senator," Mitch Landrieu, implementation coordinator for the infrastructure law, told reporters in a call this week. "Vice President Harris led the Clean School Bus Act, the first bill to focus exclusively on zero-emission school busses."

He added, "This legislation served as a model for the Clean School Bus Program in the Bipartisan Infrastructure Law that she worked with President Biden to pass. Since taking office, the vice president has highlighted the importance of transitioning to zero-emission vehicles, emphasizing the benefits of good jobs, cleaner air and reduced costs." 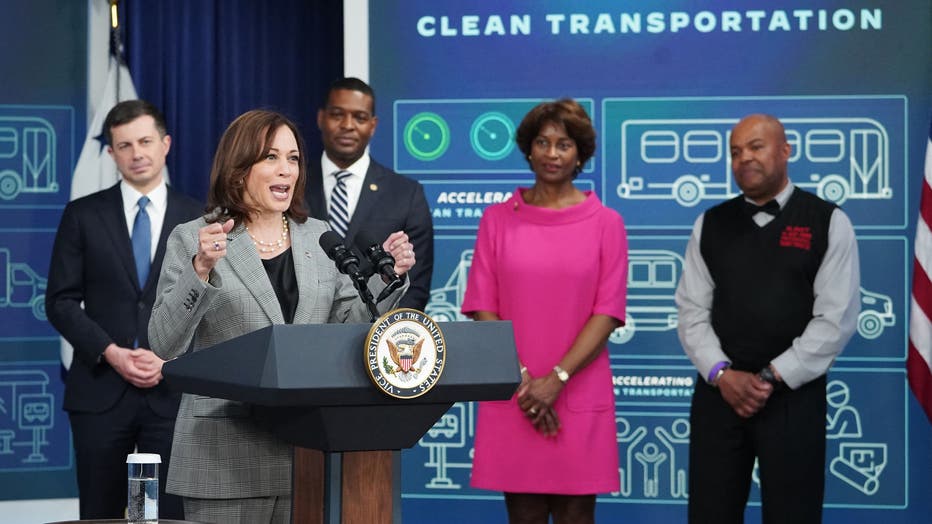 US Vice President Kamala Harris speaks on the administration's American Rescue Plan and Bipartisan Infrastructure Law investments from the South Court Auditorium of the Eisenhower Executive Office Building, next to the White House, in Washington, DC,

The $500 million represents the first round of funding out of a $5 billion investment for low- and zero-emission school buses over the next five years that comes from the bipartisan infrastructure law, according to the Biden administration.

Applications for the program will be available from Friday until Aug. 19. It will run once a year for the next five years. 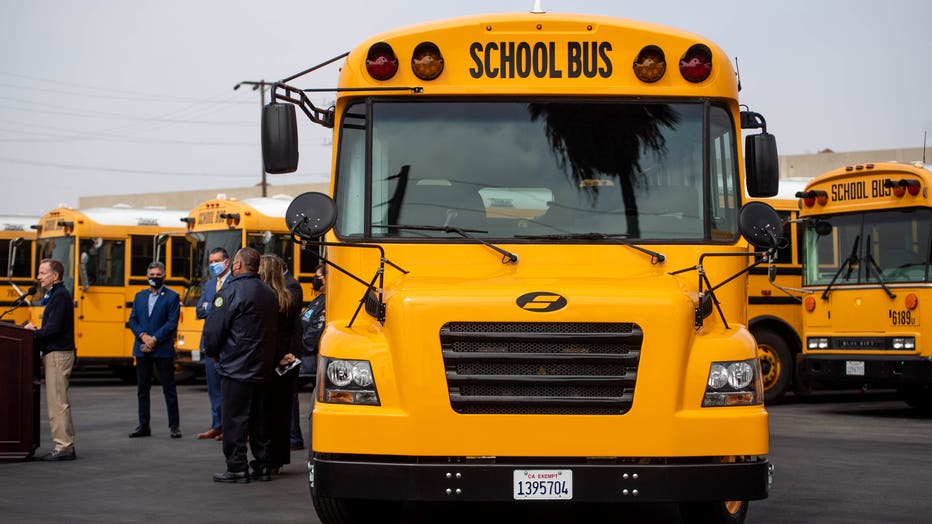 In front of a LAUSD electric school bus Sup. Austin Beutner speaks during a news conference with U.S. Sen. Alex Padilla and Rep. Tony Cárdenas along with other officials in Los Angeles. (Photo by Sarah Reingewirtz, Los Angeles Daily News/SCNG)

The first round of funding will be able to replace an estimated 10% of the around 5,000 school buses nationwide. 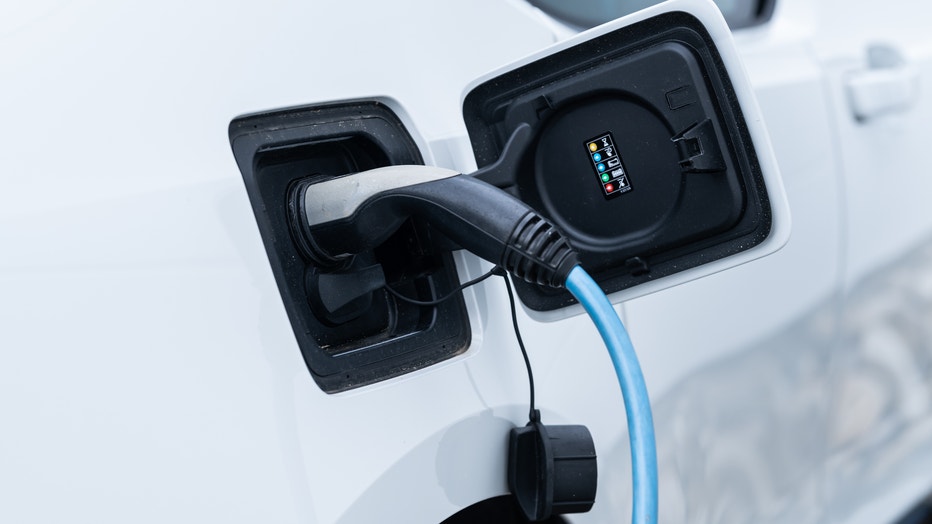 An i3 electric car from the car manufacturer BMW is charged at a charging station at a car dealership. (Photo by Silas Stein/picture alliance via Getty Images)

"This investment will make a huge difference in the lives of schoolchildren who are currently riding on dirty diesel buses," Gina McCarthy, Biden’s domestic climate adviser, said. "Diesel air pollution makes it difficult to breathe. It causes asthma and triggers other health problems. And it's a leading cause of missed school days for our kids who deserve a healthy school, and to be in school learning."