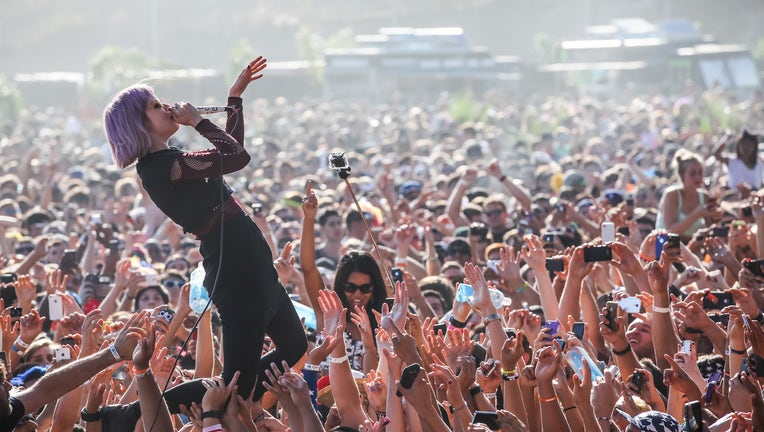 LOS ANGELES - Hard Summer, a musical festival for EDM and hip-hop lovers, will be coming to Southern California this summer as the post-pandemic future of live music returns, organizers from Live Nation announced Tuesday.

The festival will be held Saturday, July 31 and Sunday, August 1 at the National Orange Show Event Center in San Bernardino. The event would be one of the first large-scale music festivals to resume in Southern California.

"For over a year I haven’t been able to announce a new gig in the US," artist Malaa wrote on Twitter. "Feels good to be back headlining Hard Fest with my partner in crime DJ Snake."

Tickets for the festival go on sale April 2 at 10 a.m., but there are still a lot of variables, to say the least, between now and the end of July.

Organizers of the event did not immediately disclose what COVID-19 safety protocols would be implemented, but said they will be "working closely with local officials to implement necessary safety precautions and will follow state and local health guidelines in place at the time of the event."

The status of the festival largely depends on where San Bernardino County stands at that time on the state’s color-coded reopening plan. The county is currently in the red tier, but on Tuesday, neighboring counties Los Angeles and Orange, moved into the orange tier, loosening their restrictions.

If by July, San Bernardino County reaches the yellow tier, which is the least restrictive, outdoor concerts could resume at 67% capacity. Indoor shows would still be barred. Additionally, only California residents would be permitted to attend.