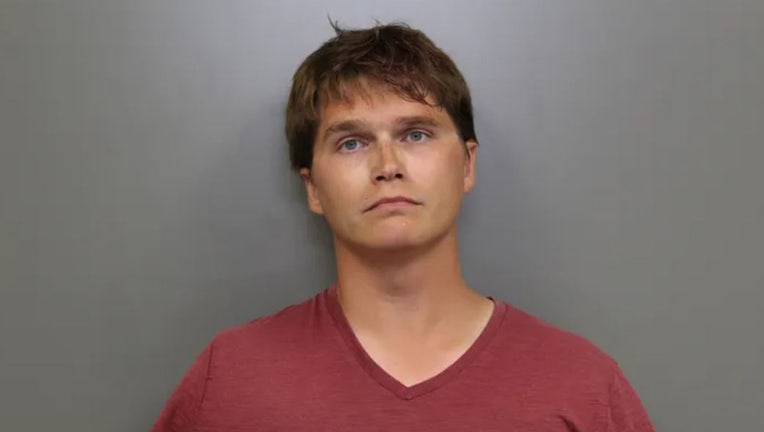 Anders Odegaard faces a charge of second-degree murder in the beating death of his ex-wife, Carissa. (Marshall County Sheriff's Office)

A North Dakota lawyer allegedly beat his ex-wife to death in Minnesota on Tuesday as she clung to the youngest of their five children and two others screamed for help, according to the Marshall County Sheriff’s Office.

The younger boy, 2, was so traumatized he didn’t respond to questions from deputies after they had his father in custody and rushed his mother to the hospital.

In a custody dispute this week, he allegedly refused to let her take their kids to church and a fight broke out, deputies wrote in the criminal complaint after interviewing the children.

Two of their boys ran outside, flagged a stranger and begged him to call 911 "because their mom was bleeding really bad and needed help," according to the complaint.

The first responding deputy found Anders Odegaard in the kitchen wearing just his underwear, with blood on his face and in his hair. Carissa Odegaard was unresponsive lying in a doorway — with a pool of blood around her head.

The deputy asked him to explain the situation.

"I don’t feel right," Odegaard replied, according to the complaint.

The deputy found that Carissa Odegaard was not breathing. He cuffed the ex-husband and attempted CPR on the victim. He noticed "severe head trauma" and called for an ambulance.

The 9-year-old boy told investigators he saw his father strike his mother with a knife or spatula in the head moments before he ran outside and found someone to call 911, according to authorities. He also told deputies he’d seen his father hit is mother before.

Three brothers, ages 9, 8 and 2, were inside during the attack. Two other siblings were outside in their mom’s car and were spared the horror, according to the complaint.

The 8-year-old told investigators that after beating his mother to the floor, his father "was on top of her choking her."

"There was blood all over," he told deputies, and when he tapped his mother’s foot, she didn’t respond to the touch.

Court records show the Odegaards married in May 2011 and officially divorced on Sept. 16, 2021, on the grounds that their marriage was "irretrievably broken." The slaying comes just days before the ex-couple was due in court for a review hearing.

Anders Odegaard, in the filing finalizing their divorce last year, was described as the Mercer County State’s Attorney in North Dakota.

Marshall County Attorney Donald Aandal told Fox News Digital he did not want to go into detail about the case, citing the active investigation, but said Odegaard’s full work history was not readily clear and that he’d switched careers several times.

According to the Mercer County State's Attorney's Office, Odegaard held the job for three months, from June to September 2021, before being fired. He spent three months as a public defender in Stark County, North Dakota, and was fired again. After another brief stint at a private practice, he moved back to Minnesota.

Odegaard faces a maximum sentence of 40 years in prison if convicted on the second-degree murder charge. Prosecutors are also seeking aggravated charges because "the victim was treated with particular cruelty" and because there were multiple child witnesses.

Carissa Odegaard was pronounced brain-dead at Sanford Hospital in Fargo, North Dakota, on Aug. 24. She was being kept on life support until her organs could be donated.