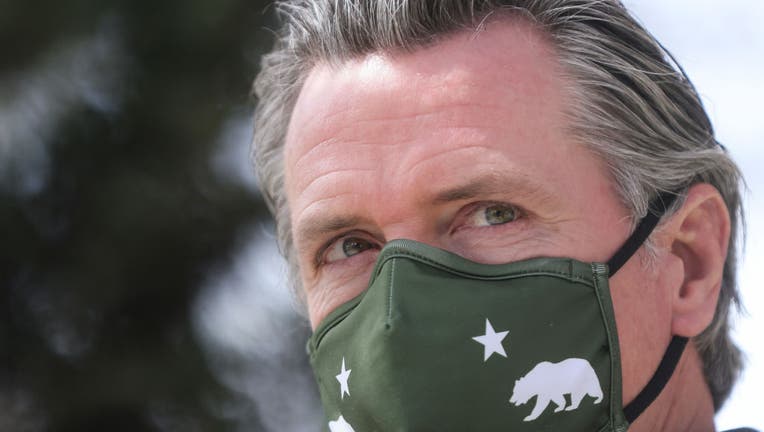 SACRAMENTO, Calif. - California Gov. Gavin Newsom acknowledged mistakes in his handling of the coronavirus pandemic, but insists the recall effort against him has more to do with politics than the public health crisis.

Newsom made his most direct comments yet about the push to unseat him during an interview Friday with KQED, saying his opponents are taking aim at his his broader progressive policy agenda.

Recall organizers are Republicans and say they have collected nearly 2 million signatures, well above the 1.5 million needed by March 17 to force an election. The GOP has only 24% of registered California voters, but organizers say they are attracting Democrats and independents.

The effort gained steam over the winter as coronavirus cases spiked in California, keeping schools and businesses shuttered to the frustration of many residents. Outrage grew after Newsom was caught having dinner at the high-end French Laundry restaurant north of San Francisco, contrary to his own health advice.

Newsom said "of course" he regrets attending that dinner.

"That’s those things you can never get back. And, you know, I owned up to that. And no one hid from that. And that was a mistake. Crystal clear," he told KQED.

The Democratic governor, who also faced criticism over the state’s slow vaccine rollout earlier this year, said there are several lessons he’s learned while leading the state’s fight against the pandemic.

He conceded that the state could have done a better job educating and communicating to the public as state restrictions changed throughout the past year.

California also should have made it a priority earlier to distribute COVID-19 vaccines in the state’s hardest-hit areas, including Black and Latino neighborhoods, Newsom said.

The governor announced in recent weeks that California would set aside 40% of all vaccines for people in the most vulnerable communities.

"In many respects, we could have gone a little earlier with this overlay, and that’s something in hindsight you consider and you reflect on at the same time," he said.

Newsom said the biggest challenge remains vaccine supply, which he expects will increase dramatically in the next six weeks. He said the state now needs to make "door-to-door" vaccination efforts in hard-to-reach communities because not everybody can navigate the online appointment system or turn out to mass inoculation sites.

Newsom said about 9,000 of the state’s roughly 11,000 schools have either reopened or have a "firm date" to reopen. He said billions of dollars in state and federal aid recently approved should help ensure that schools can offer summer programs and other supplemental learning to make up for lost time.

Asked if he’s received the vaccine yet, Newsom, 53, said he won’t get it until it’s his turn as a healthy adult under 65 years old.