AUBURN, Ga. - A north Georgia police department is warning parents to be aware of drugs that are being sold on the streets that look like candy.

The Auburn Police Department said officers made a traffic stop last week and found numerous illegal drugs made in the form of candy. Investigators released a photo of one of the bags seized that is believed to be ecstasy pills.

"As you can see the ecstasy looks like candy, little frog heads in all different colors," the police department wrote on their Facebook page. 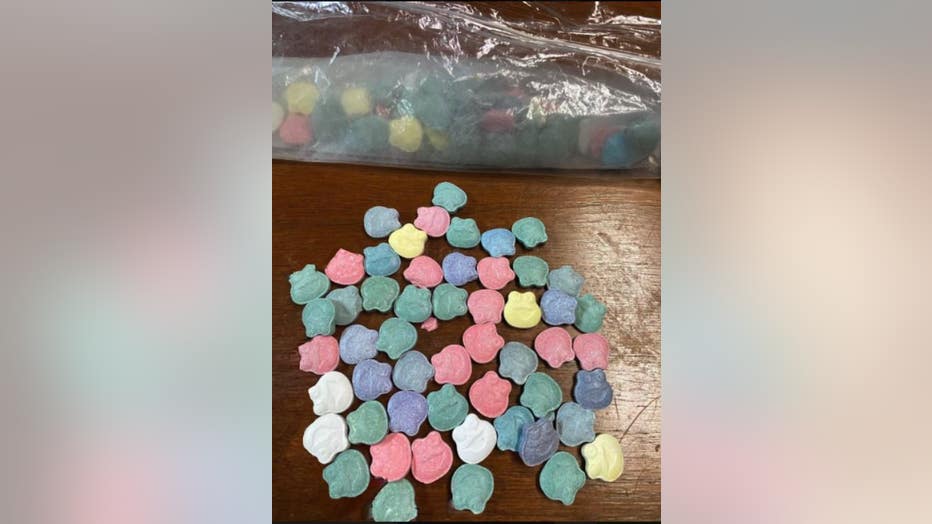 Auburn police released this photo of ecstasy pills that look like candy confiscated during a traffic stop on Sept. 22, 2021. (Auburn Police Department)

Police said it is important for parents to know about these types of drugs and even more important to educate their children about them.

"Please make sure to speak with your children and educate them about suspicious candy-like substances," the police department wrote. "Thank you for being vigilant with your child’s safety."

This is not the first time law enforcement in Georgia has found ecstasy pills in colorful candy form. In 2018, police in Duluth, located about 17 miles west of Auburn, said officers made an ecstasy pill worth nearly $15,000.

In 2019, sheriff’s deputies in Coweta County, located southwest of Atlanta, made a traffic stop along Interstate 85. During a search, deputies said they found ecstasy pills in the shape of then-President Donald with his name stamped on the back.

No word on if any arrests were made in the Auburn incident.