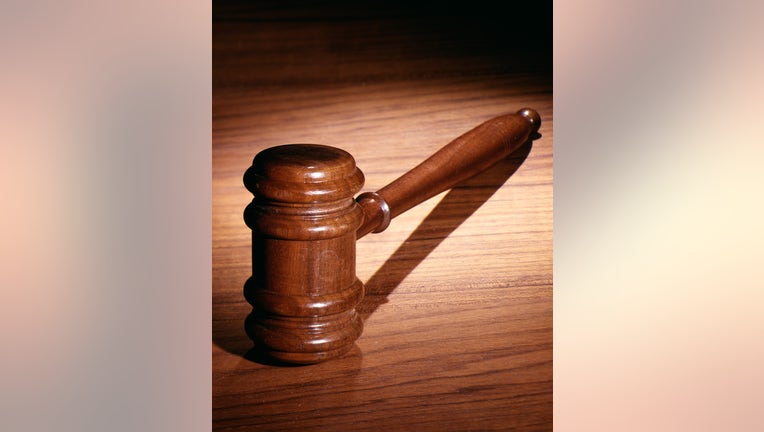 NORWALK, Calif. - A gang member was sentenced on Monday to 373 years to life in prison for a one-day crime spree in the Whittier and La Mirada areas that included fatally shooting a man who had been waiting at a traffic light.

Lazo was the second person to be convicted of charges stemming from the crime spree, which left Jose Sahagun, 44, of Norwalk, dead and several others injured.

Co-defendant Reyna Gomez, now 29, was sentenced in October 2018 to more than 350 years to life in state prison after being convicted of one count each of first-degree murder and carjacking and 14 counts of attempted murder.

Jurors first indicated they were split 11-1 on the murder charge against Lazo after reaching verdicts on the other counts, but found him guilty shortly after hearing arguments from attorneys for both sides on the criteria for first-degree murder.

Deputy District Attorney Jonathan Chung acknowledged that Lazo was "not the one who pulls the trigger" in Sahagun's shooting, but urged jurors to "look at the totality of what happened" that day in asking the panel to convict Lazo of first-degree murder.

Defense attorney David Arredondo countered that it was "very hard to say what happened there between stopping the car and her (Gomez) jumping out" and that it was "virtually impossible to know what was in his (Lazo's) head." He urged jurors to acquit his client of the most serious charge against him.

Authorities said the one-day crime spree included a carjacking in Pico Rivera, the shooting and wounding of a man in an alley in Whittier and shots being fired at two vehicles, leaving one person injured, on April 29, 2017.

Sahagun was shot multiple times as he sat in his vehicle while waiting at a traffic light. Gomez and Lazo passed a handgun between them and took turns shooting during the crime spree, according to the Los Angeles County Sheriff's Department.

The motive for the shootings was undetermined.

The two were arrested that night by Whittier police after being found wounded outside a Santa Fe Springs motel, sheriff's officials said. It was unclear who shot Lazo and Gomez, who had both been released from prison less than six months earlier.

Lazo -- who was on parole -- had been convicted of extortion and assault, and Gomez was convicted of auto theft and receiving stolen property.

Outside court in December, Lazo's attorney said his client would appeal his conviction and called what had happened a "tragedy for both the victims and the accused."

"Those lives are lost, too," Arredondo said.