Defense attorney Anthony Rickman lays out the case from multiple points of view.

MOOSE, Wyo. - Gabby Petito's stepfather on Wednesday visited the Wyoming site where her body was found by investigators last weekend and marked it with a cross made out of stone.

Petito's body was discovered on Sunday at the Spread Creek Dispersed Campground in the Bridger-Teton National Forest more than a week after she was reported missing and her remains were identified this week. Her death is being investigated as a homicide.

On Tuesday, lawyer Richard Safford gave a statement on behalf of Petito’s family after she was identified.

"I want to personally thank the press and news media for giving the Petito and Schmidt family time to grieve," Stafford said in a statement. "We will be making a statement when Gabby is home. I will contact you to arrange a time and location." 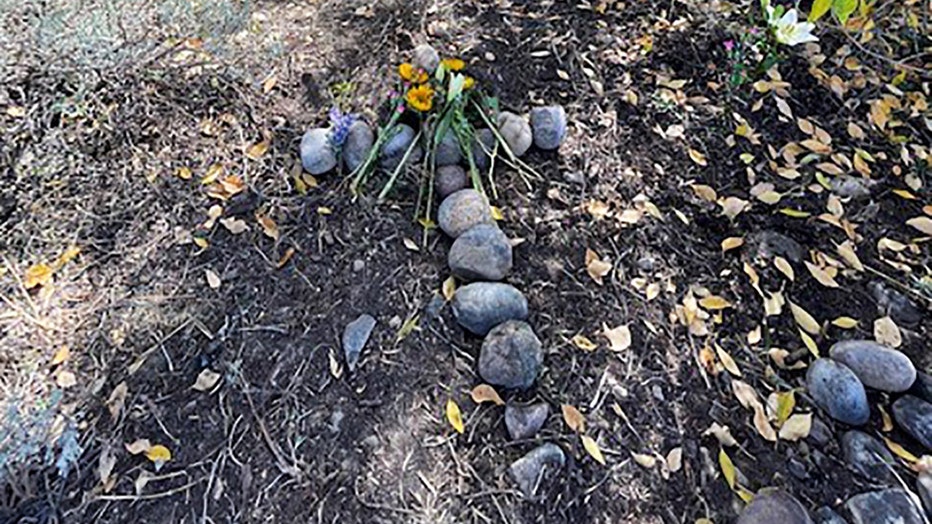 Investigators have now shifted their focus to finding Petito’s fiancé Brian Laundrie who authorities have been looking for since he wasn’t at his home as expected last Friday and his parents admitted they hadn’t seen him since that Tuesday.

Laundrie is considered a person of interest in the case but has not been named a suspect and police say he isn’t wanted for a crime.

He and Petito embarked on a cross-country trip in a converted van last summer and her family last spoke to her when they were believed to be in Teton National Park in late August. Days later, Laundrie arrived home to Florida by himself.