The 60-meter toddler race was held by USA Track & Field in light of the Tokyo Olympics.

TYRONE, Ga. - An adorable group of toddlers raced through a 60-meter track and field race in Tyrone, Georgia on July 24.

In the video, a group of toddlers run on a grey high school track. Their parents cheer them on and encourage them midrace from the sidelines.

Fred told Storyful that the event, called "Diaper Dandies," was hosted by USA Track & Field, and that his daughter had been watching the 2020 Tokyo Olympics, saying gymnastics was her favorite event.

Omega took home the bronze medal after racing through the line in her first track race.

The track-and-field toddlers weren’t the only kids who were apparently inspired by the Olympics. Two young girls performed their own gymnastics routines after watching Sunisa Lee and the women’s gymnastics team competing in Tokyo. 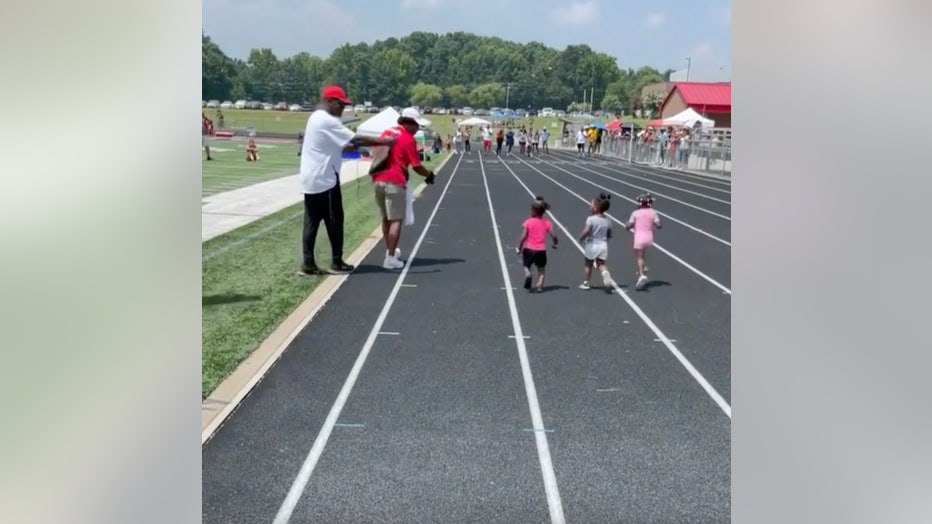 An adorable group of toddlers raced through a 60-meter track and field race.

In Kansas City, a 6-year-old girl dressed up like U.S. track star Sha’Carri Richardson to send the message "let her run" after Richardson’s name was left off the US Olympic team in the wake of a failed drug test.

Team USA track and field kicks off competition in Tokyo on Friday with its biggest squad yet when 130 members compete for the gold.