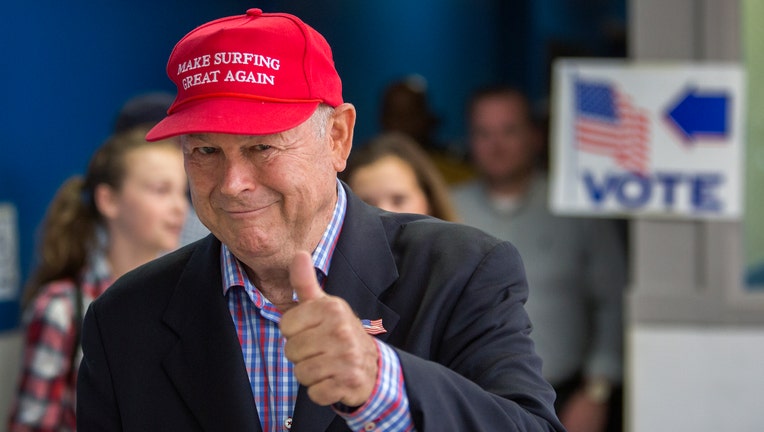 Rohrabacher told the Portland Press Herald on Monday that he did not go into the Capitol building. The Republican served 15 terms in Congress representing parts of Orange County before losing a reelection bid in 2018.

"I marched to protest, and I thought the election was fraudulent and it should be investigated, and I wanted to express that and be supportive of that demand," Rohrabacher said. "But I was not there to make a scene and do things that were unacceptable for anyone to do."

On Saturday, an account on Twitter posted screenshots from footage showing Rohrabacher in the crowd who had violently pushed through the police line outside the Capitol on Jan.6. The account called @capitolhunters told the newspaper that they were open source investigators who wished to remain anonymous.

In the video clips posted online, Rohrabacher appears in a winter hat and jacket standing with a man he told the newspaper was a friend from Japan active in the cannabis industry. The online researchers did not find footage showing Rohrabacher on the steps of the Capitol or inside the building.

Rohrabacher has lived in York, Maine, since leaving California. The one-time speechwriter for President Ronald Reagan was a leading defender of Russia on Capitol Hill and a proponent of marijuana legalization.

A Senate investigation of the Jan. 6 insurrection at the Capitol found a broad intelligence breakdown across multiple agencies, along with widespread law enforcement and military failures that led to the violent attack. Police officers on the front lines suffered chemical burns, brain injuries and broken bones, among other injuries, after fighting the attackers. Four rioters died, including a woman shot by police, and a Capitol Police officer died the next day after collapsing during the attack.