LOS ANGELES - If there’s one thing Marc Coronel is used to – it’s fighting.

“I fight for my life every day,” said Coronel, a former amateur boxer from Los Angeles.

But these days, Coronel is facing his toughest opponent. Almost a decade ago, Coronel was diagnosed with a rare kidney disease called Focal Segmental Glomerulosclerosis or FSGS.

By the time we met him at a gym in the Summer of 2019, he was living in kidney failure. This was a day he was told would never come: His 34th birthday.

“They say a healthy person has a thousand wishes; a sick person has one and that’s mine: to be healthy,” he said.

RELATED: Man in need of life-saving kidney transplant has one birthday wish: 'To be healthier'

Coronel’s lifeline became a dialysis machine and more than a dozen pills a day. In between his hours and hours of dialysis, he searched for a donor, for years. His sister put the word out on Facebook and we shared his story on FOX 11. It helped raise awareness. In fact, he’s forever grateful to some of our viewers who tried to help.

“When 32 people step forward, you have so much hope and one by one it was denied,” said Coronel.

“We’ve been getting excited and then they don’t end up getting approved,” said a tearful Achtmann.

Finally, in November, the news Coronel had been waiting for. UCLA Medical Center informing him his surgery date was set for December 10, 2019.

We met him the day before.

“Not that many people get that second chance at life and I’m here doing that,” Coronel said, expressing his gratitude.

Turns out that second chance was found in someone who had been there really all along. Shawna Robinson is a longtime friend of Coronel’s sister.

But her journey wasn’t as easy as it sounds. Early on, Robinson got tested, learned she was a match but was denied because she was anemic. Only after getting iron infusions was she approved. The whole process took about a year, but Robinson says it was worth it.

The kidney transplant surgery lasted about four hours and less than twelve hours after that, Coronel was walking. 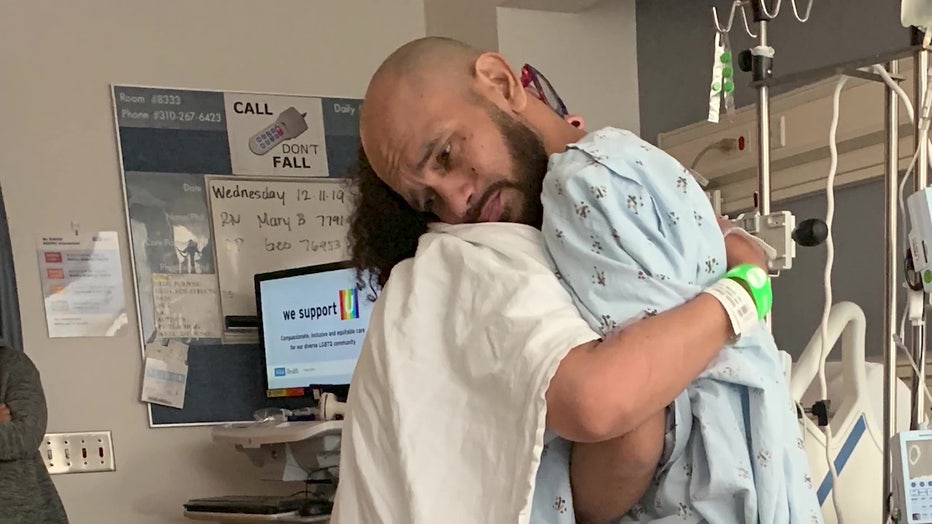 Robinson, also fully recovered, is eager to raise awareness, saying, “If you consider being a donor after you pass away I would ask that you consider a donor while you’re alive.” 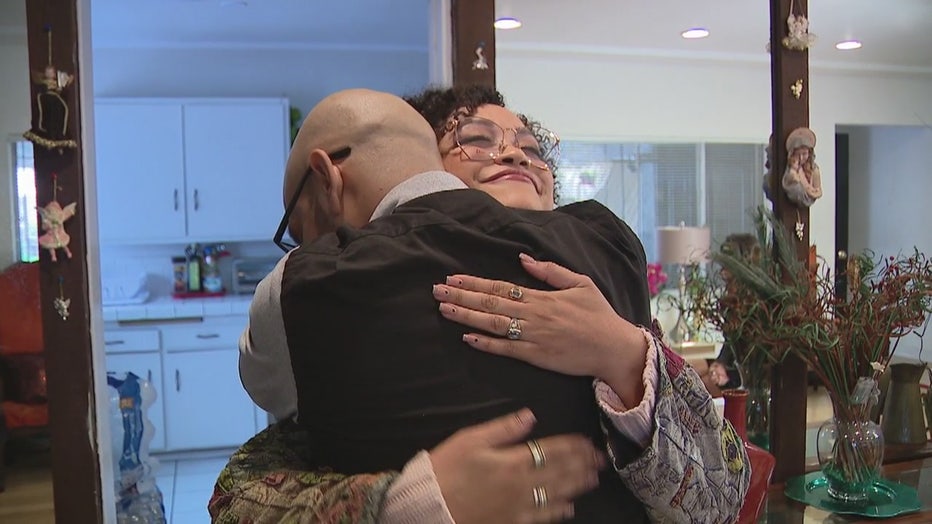 While Coronel must take anti-rejection medications for the rest of his life, this isn’t slowing him down, and Achtmann knows it.

“There’s nothing stopping you now,” said Achtmann arm and arm with her fiancé.

To which Coronel replied, “No babe we gotta get married! We gotta do a lot of things.”