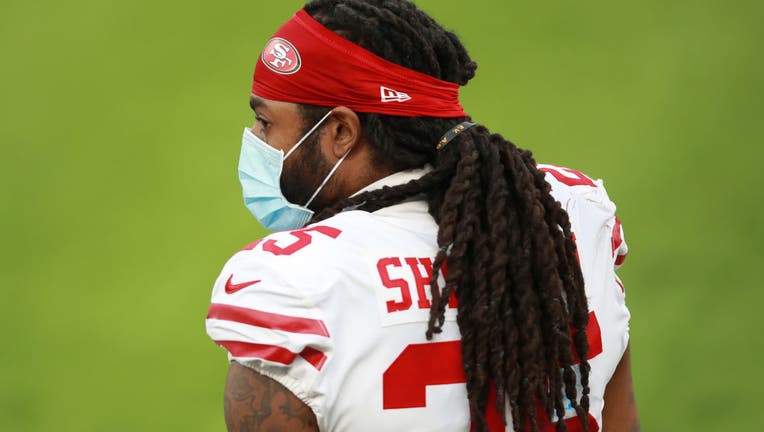 INGLEWOOD, CALIFORNIA - NOVEMBER 29: Richard Sherman #25 of the San Francisco 49ers looks on from the side line in the second quarter against the Los Angeles Rams at SoFi Stadium on November 29, 2020 in Inglewood, California. (Photo by Joe Scarnici/G

SEATTLE - Former 49er Richard Sherman has been arrested in Seattle on suspicion of a burglary domestic violence.

TMZ and ESPN are confirming the arrest, and he has been denied bail.

Sherman played the past three seasons with the 49ers after spending the first seven years of his career with the Seattle Seahawks.

He's not on any NLF roster right now after becoming a free agent this spring.

Without mentioning any names, the NFL Players Association said they were aware that one of their players had been arrested for alleged domestic violence violations and would monitor developments in the case.