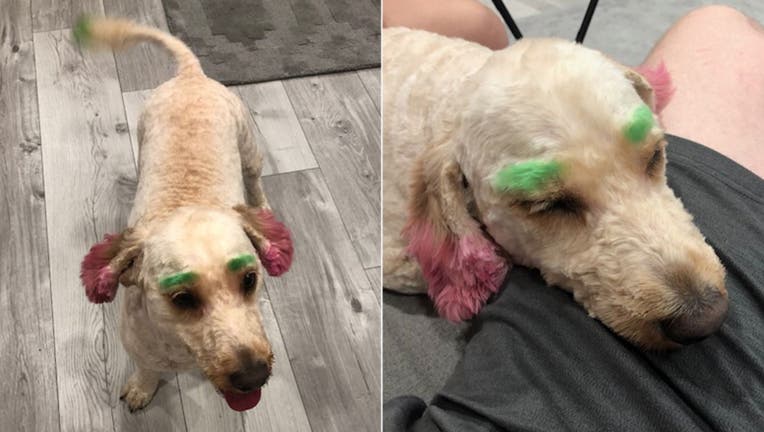 (FOX NEWS) - A Florida woman was furious after her dog — who went to the groomer for a simple maintenance appointment — returned with floppy pink ears and neon green eyebrows.

Graziella Puleo, of Lake Worth, said she dropped off her dog at Amore’s Pet Salon Dog Grooming Day Care Boarding Spa recently and returned nine hours later to find her Goldendoodle with a totally different appearance — and a possible infection.

She claimed she took her dog, Lola, to get a trim, her nails cut and her teeth cleaned, but instead found Lola in a much different state: her teeth weren't cleaned, her nails weren't clipped, her eyebrows and tail were shaved and colored green, while her ears were colored bright pink.

“I noticed they’d shaved her eyebrows off and tried to fix the mistake by drawing green eyebrows on her,” Puleo told the news outlet. “She looks like you painted on her and were trying to turn her into a clown.”

The dog's underside was also pink, but apparently from an infection — not any colored dye. She reportedly had to take the dog to a veterinarian to get the infection treated. 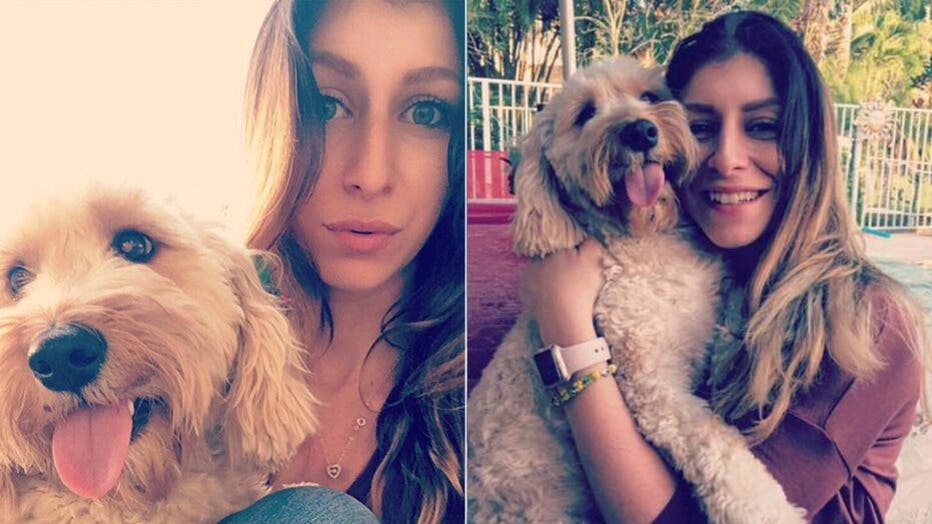 The owner of the dog spa, Raquel Adams, returned the $150 grooming fee to Puelo, and offered complimentary services, according to The Palm Beach Post. Adams told the news outlet she "wanted to make [Puelo] happy."

“We beautify the dog... If we see it’s missing something, we do color, sometimes, the dog," she said.  “We did wrong about the color. We should have offered her first." 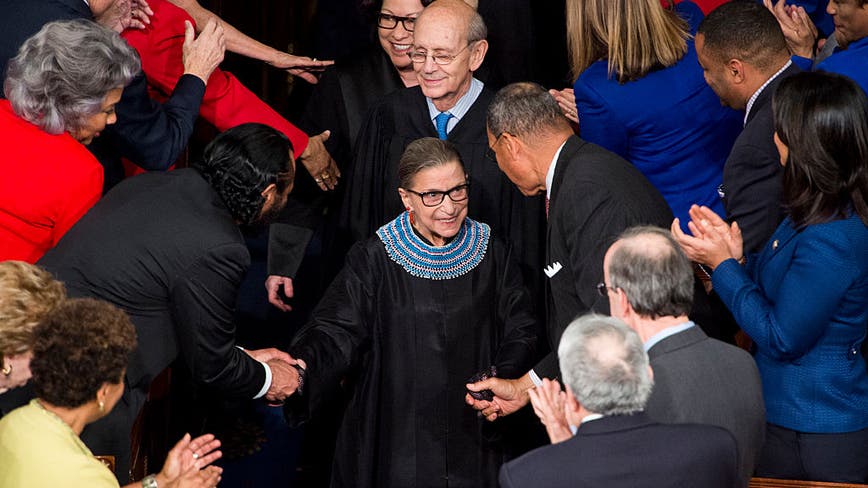 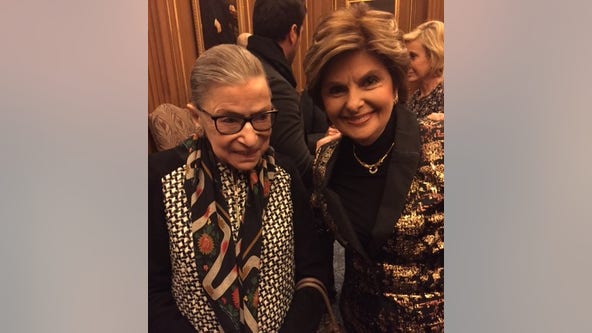